Christmas may seem like it gets earlier each year, but I think once you've mentally accepted that the festive season is just around the corner it's fine to embrace all things Christmassy and it's safe to say the performance of The Snowman is absolutely one to embrace.

The Birmingham Repertory Theatre Companies Production of The Snowman is truly magical. Having performed The Snowman for nearly 25 years, its familiarity with audiences and the simplicity of the show being based on music and dance alone make it a perfect Christmas theatre outing for the whole family. This theatre company is truly inspirational.

Most of us are familiar with the story based on Raymond Briggs book but for those who have astonishingly missed out, it is essentially about a boy who has an adventure on Christmas Eve when the Snowman that he builds, magically comes to life. They travel the world, meeting Father Christmas and his reindeer in the woods and even dance with the Snowman’s friends, some penguins and an Ice Princess. 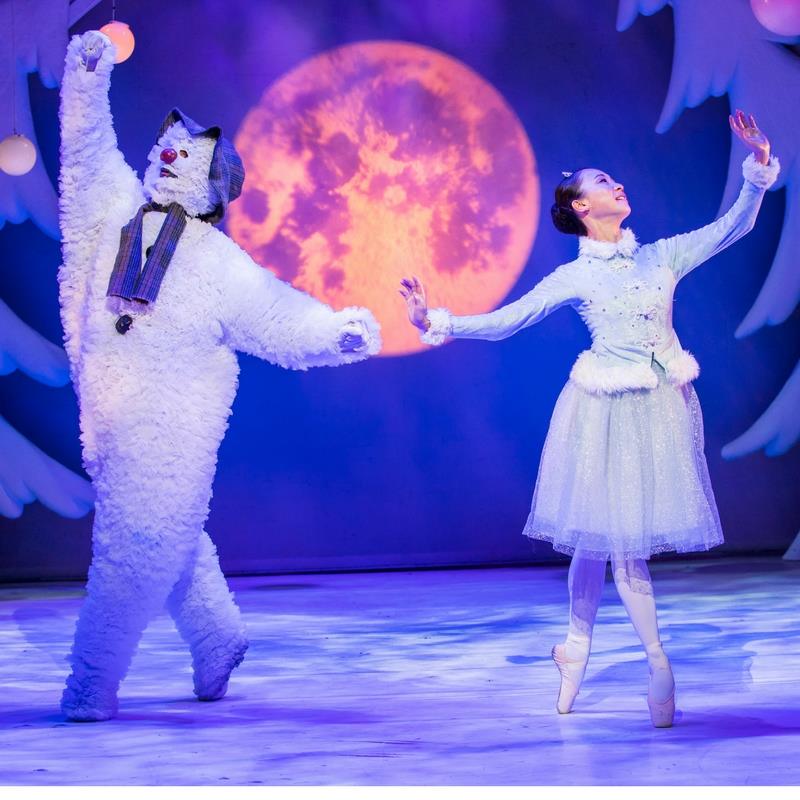 The appearance of Jack Frost brings another dimension to the performance, but his wickedness fails, and Christmas continues as they make it back home.

The breath-taking moment, no matter how many times you have seen the Snowman is the moment the boy and The Snowman start to fly. If you don’t experience goose bumps, then at least a warm glow will almost certainly ensue. I could hear children in the audience gasping and for a few seconds there was silence in the theatre whilst The Snowman and the boy flew through the night sky to Howard Blake's ‘Walking In the Air’. It was almost eerie in parts and even though we know what to expect, it is still utterly mesmerising.

The dance content was absolutely charming and a special mention must go to Tomoyo Tanimoto Jeqquier who played the part of the Ice Princess. Her solo dancing was enchanting and contained much emotional content for children to completely follow the story. In fact, choreography throughout the performance was faultless and it was purely this and the fabulous orchestra that created the emotional content on stage.

It's tempting to think that the Snowman is a production for very little children, however I would disagree. There were several generations within the audience and I would suggest that the show offers something slightly different for each person. It is a show that is as still as it is lively and as hilarious as it is sad. The humour of the Scottish Snowman’s ‘Glasgow Kiss’ was not lost on me at all. Also, the boy finding that his friend The Snowman had melted by Christmas morning added an appropriate smattering of sadness to the very young in the audience. ‘Oh no, the Snowman has died’ cried a little voice behind me.

The Snowman is a classic. It is thrilling. It is emotional. I believe its success is in not having any dialogue as it encapsulates a beautiful story that will create lasting memories for many more audiences to come.  The only requirement for going to watch it is that you are ready to embrace the magic of Christmas and the journey that the Snowman can take you on.