Narcissist in the Mirror - HOME, Manchester

This one-woman play, written and daringly performed by Rosie Fleeshman, was showcased last year at the Manchester Fringe Festival, when it won the award for ‘Best Spoken Word’. It has made a welcome return to the stage of Home, where Rosie played to a packed house.

It opens with an excerpt from the song “You’re Gorgeous” by Babybird, which suitably sets the scene. The stage is decked out with shabby chic furniture and a dressing table with lightbulbs around the mirror. The un-named woman sits applying make-up and admiring her reflection, dressed only in skimpy black underwear and a short, silky gown.  There were a few men glad they’d sat on the front row. 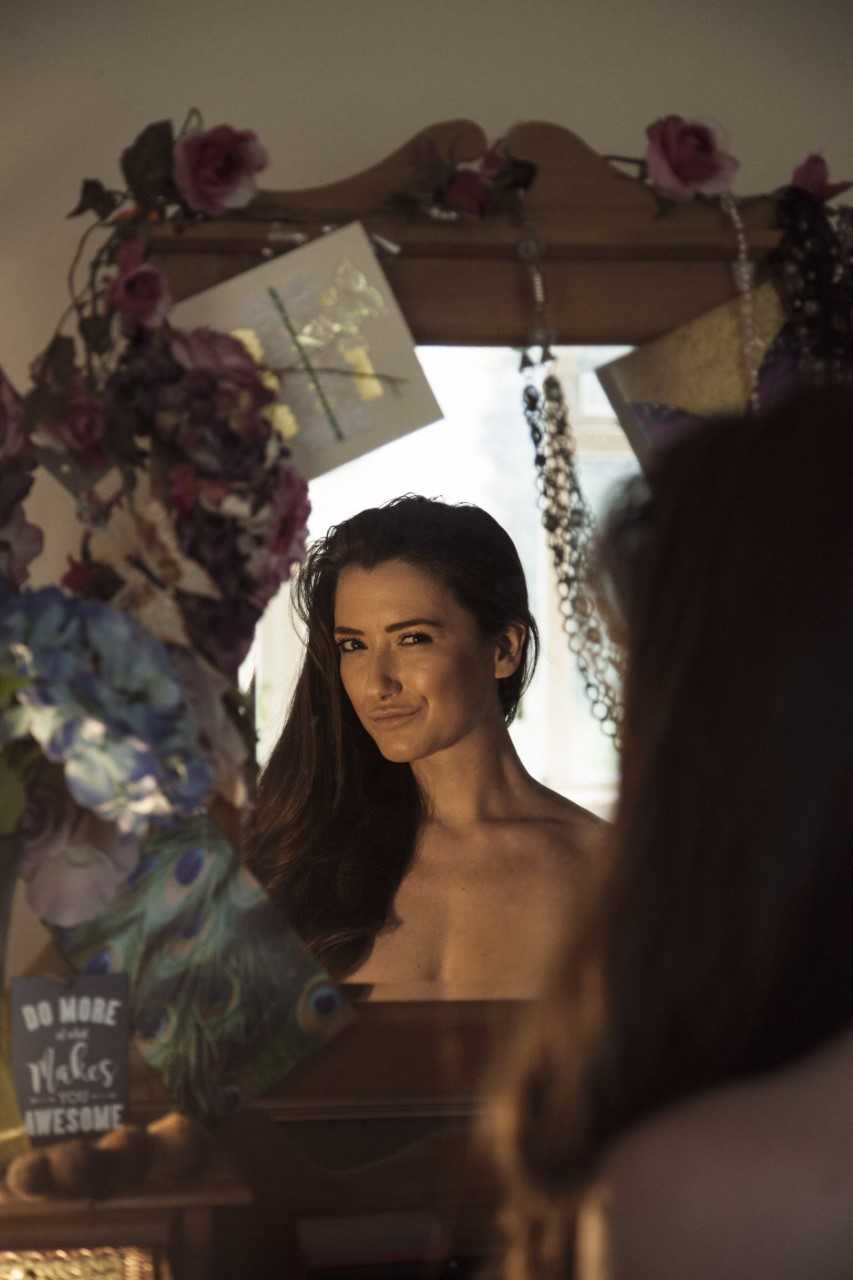 The woman addresses the audience and talks of her life, her upbringing, desperate for affection from her mother, becoming attention-seeking and needy, how she became an actress – and ultimately failed as an actress. It is laugh-out-loud funny at times, but also painfully tragic – and the things we laugh at are actually the things that scar this fragile person in later life.

She realises she can lie well and uses this to her advantage to attract boys and later men, able to mould herself into what they want her to be, just for a bit of attention. Rosie illustrated this promiscuity by dragging a man from the audience and sitting seductively on his knee, which he didn’t seem to mind at all. (I noticed when he returned to his seat, his girlfriend kept staring at him, but he wouldn’t engage eye contact… or couldn’t take his eyes off the stage.) This was one man definitely glad he’d sat on the front row.

At all times Rosie’s delivery was compelling; she engaged totally. It was so nice to see an audience so totally enraptured: there was none of the usual coughing or fidgeting – she held everyone’s attention totally.

Early on the narrative very occasionally rhymes, which propels the delivery along nicely. As the play progresses the rhyming becomes more pronounced, until towards the end there are whole sections of rap, which sit perfectly in the monologue.

A hilarious section involves the woman using the contact website Tinder to meet men and not being very successful because she has to keep correcting their grammar, as she is a “Grammar Nazi”. It is really very funny – and easy to relate to.

The woman discusses feminism and how she feels she ought to be a feminist, but she isn’t a very good one, as she is more concerned with the size of her waist and being able to get into her size 8 jeans than she is about gender politics. Besides, she enjoys being lusted after by men.

The lighting was simple but used very effectively, with brighter, warm lights for humorous scenes and a harsh, white spotlight for tense and serious moments.

I was wrong-footed several times, I thought I could see where the piece was going, or what the twist was going to be – I thought it was all about mental illness at one point – but the actual ending was a surprise; it is very real and very raw. Ideally, I would have preferred it to be a little tighter towards the end; I felt there was a fraction too much after the punchline, which softened the impact slightly, but this is a minor criticism, because this show is an amazing piece of theatre. It is both funny and touching. It is witty and poignant. It is about dreams that haven’t been realised and the shallowness of modern life, with everyone seeking instant gratification and living vicariously through social media. It is about the fickleness of love and the hollowness of casual sex. The story shows you someone’s life – with all their flaws laid bare.

Rosie Fleeshman owned that audience; her writing is tight and clever, her subject thought-provoking and her performance is spellbinding. Brilliant.

The show concludes its run at HOME this evening. https://homemcr.org/event/push-2018/