With news of North and South Korea’s leaders meeting for peace talks these past few days, it’s encouraging to know we may not be near the brink of war after all, but it does get you thinking about the impacts war would have on your everyday life.

A play which brings that to the forefront of your mind is ‘Kindertransport’ which is touring the U.K and currently playing at Manchester Opera House; based on the evacuation of 10,000 Jewish children from Nazi Germany during the Second World War, it tells the story of a mother who has tried to forgot her harrowing past and her daughter who discovers it.

Set in the attic of a Manchester house, Faith played by Hannah Bristow discovers the truth about her mother’s past as a Kinder Transport child, finding documents and evidence of her mother’s early life which she had no idea about. 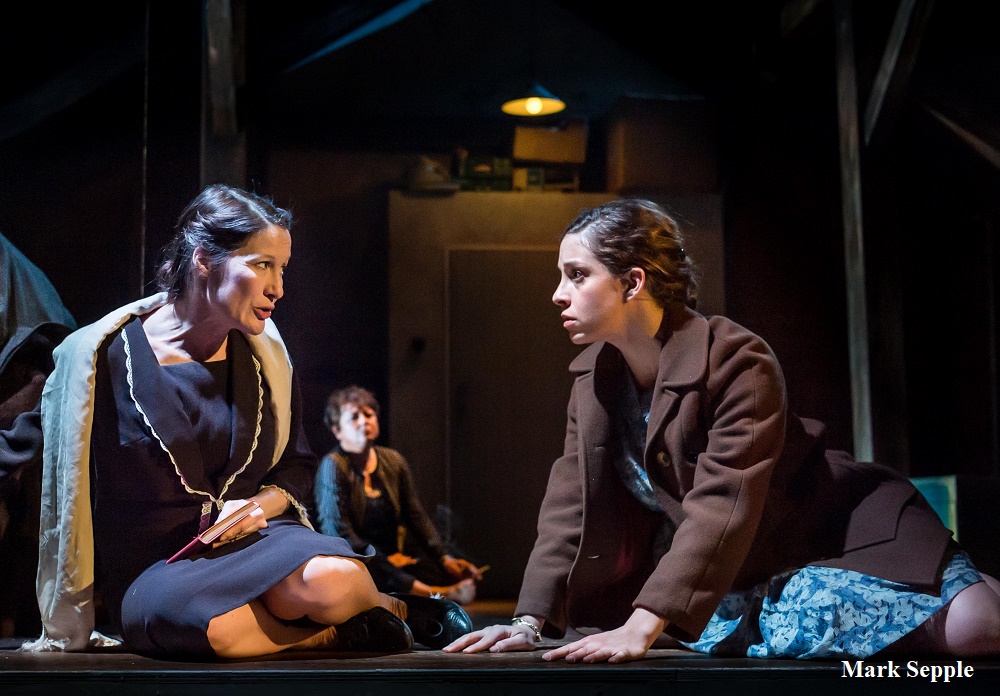 As this story unfolds, you realise what it was like to go through something like that as a child and the scars it leaves mentally tears later - as emotional as this story is; the play by Diane Samuels is lacking in heart and comes across as a flippant watered down version of what could of been a really deep moving piece of theatre. However six actors bring this story to life and hold the production together. The (present day) mother played by Suzan Sylvester convincingly plays a mother scared to reveal her past to her daughter, you can feel her pain and when she finally gives in to her daughters questioning, the outburst of emotion is quite captivating but it’s a fleeting moment in an otherwise quite emotionless script. The daughter; Faith played by Hannah Bristow is played well but the character is an infuriating character whose dialogue is excessively nagging towards the other cast members, I understand it’s for the character trait but they’ve laid it on too thick in my opinion and was unnecessary. The story takes us back to the mothers childhood with Leila Schaus playing the 8 year old version, Schaus does play the role incredibly well, an extremely talented young actor, she embodies such an authentic role and makes it her own especially when she speaks German in several parts.

Another positive is that the staging is very clever in this production, at first it seems very simplistic but the set allows for both modern day and war time stories to run parallel with tracks running across the stage, exposed beams and trap doors to symbolise Auschwitz and its atrocities while also still being set in the loft of a Manchester house.

Verdict: It was moving but some serious oversights in the script.