I suppose I was very lucky at school being an identical twin I don’t remember ever being bullied apart from being a novelty constantly being referred to as ‘Twinny’ and not having my own identity I sailed through education. I now feel like I was one of lucky ones because for some people school was and is a place they go to where they are tortured either mentally, verbally or physically and with the introduction of social media like Facebook etc cyber bullying now contributes to some children’s misery and torment.

For them school doesn’t end when they hit 16 and leave, these events may live in their mind for years to come and this is the premise behind Morgan Lloyd Malcolm’s play ‘The Wasp’.

The staging was a an array of steel pipes defining the set, white string pyramids with paper origami dangling from them and basic metal chairs representing a cold but sharp atmosphere huge credit to designer Natalie Johnson.

From the start I had a feeling I was going to enjoy The Wasp and I was right Morgan Lloyd Malcolm's script builds slowly, starting with a conversation between old friends who haven't seen each other for years soon you begin to realise that the play is not as light-hearted as the opening few minutes suggest. 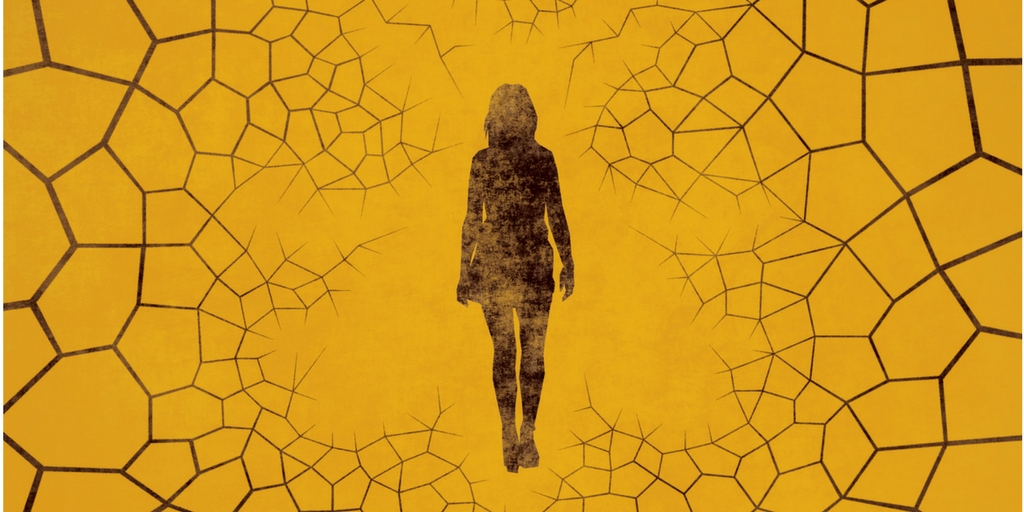 The storyline is about Heather (Charlie Young) and Carla (Debbie Brannan) who haven’t seen each other since school. Now 20 years on their lives have taken two very different paths. The chain smoking Carla lives a hand-to-mouth existence, who is obviously struggling with her multiple children and a drunken loser of a husband to make ends meet and lives in hope that something would happen to take her away from the miserable life she leading, having to resort to selling her body for money as her aging geriatric husband regularly gambles the rent money away and are now expecting their 5th child in a few months’ time. Heather long gone is the teenager of low self-esteem brandishing plaits and glasses now stands a successful high-flying woman with everything a perfect life entails a husband, beautiful home, a taste for latte’s and camomile tea and cash to splash. Heather’s life is in sharp contrast to the existence of Carla’s her former best friend who turned on her viciously at the end of year seven making her into Heather’s major tormentor for the rest of her time at school.

The story itself could be described as a psychological thriller whilst the script is gritty and gripping throughout as you go through a tornado of twists and turns that you could never foresee from the innocent opening scene, it is a totally believable play where you witness the power balance between the two women shift one way and then the other as the audience’s sympathies see-saw about the damage that can be done by bullying, and the way such wounds can fester by certain acts or words for years after.

Focusing on the two actors full praise to both ladies for a first rate performance - Debbie Brannan was the epitome of a working class girl who delivered her role with concrete realism by portraying a strong hard ruthless women and a vulnerable wounded child with a terrible back story of life.

Charlie Young portrayed a model middle-class woman with a gentle manner, who had managed to turn her life around following her torrid time at school but by a cruel twist of fate was facing further torture and torment. Young’s delivery was outstanding and had you on the edge of your seats as her emotions were almost palpable as you could see her losing a sense of reality and stability as the play progressed, both ladies were absolutely excellent, embracing their contrasting roles wholeheartedly - together they made their characters quite scarily real to watch right up to the wholly unexpected climax of the show.

The play ‘Wasp’ is named after the tarantula hawk who is a rather scary and dangerous creature that lays eggs in its spider victims allowing it’s young to eat the unfortunate arachnid from the inside out and It appears from the script that the eggs laid by childhood cruelty die hard.

The themes in this play are quite heavy - class, sexual abuse, revenge, bullying in which the actors should be applauded for tackling it with as much guts and authenticity as they have.

Verdict: “An absolute tornado of twists and turns that have you gripped from start to finish”.

The Wasp by Morgan Lloyd Malcolm from The Theatre Collective on Vimeo.