When Romiley Operatic Society were looking for a show for their 100th production they must have thought all their Christmas’s had come at once when limited rights were released for Chitty Chitty Bang Bang. A better show they could not have found, nor a more challenging one.

Let’s start with the staging of this family favourite. The first obvious requirement is a car and the second, the ability to make it fly. Both these challenges were fulfilled with a great deal of style much to the appreciation of the large audience at Stockport Plaza. With an almost perfect replica of the original Chitty used in the professional productions and clever use of smoke and lights she effortlessly took to the sky at the end of each half of the show. 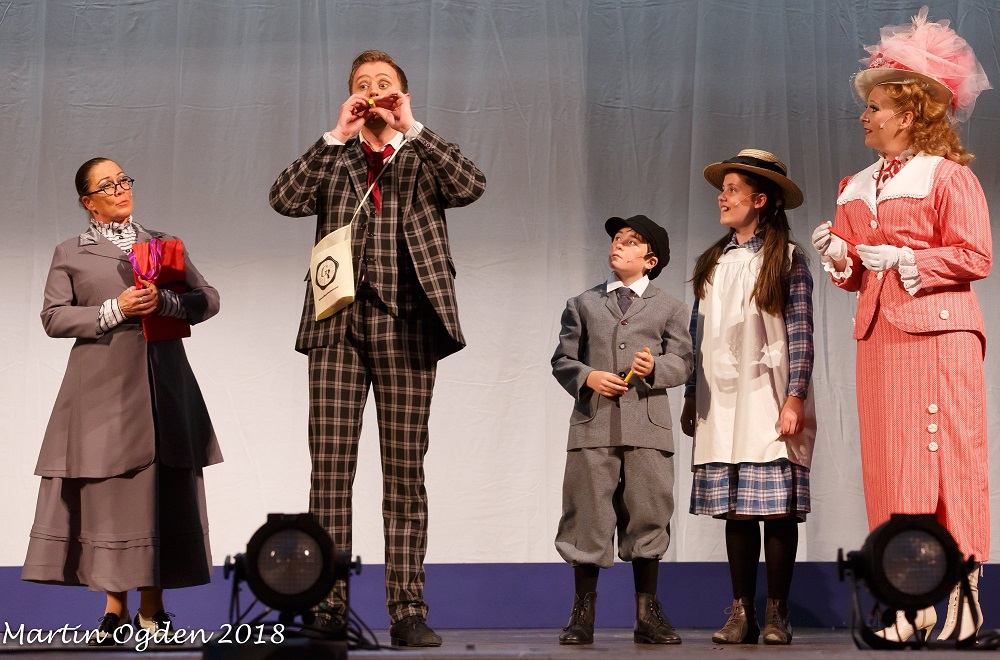 Sadly for me, that is where the wow factor staging wise ended. It appeared that all the budget had gone on the car and little else on the remaining set. A huge white screen across the back of the stage was present throughout bar a couple of scenes involving the car and also down in the sewers. This made the stage look bigger than it actually is and scenes were lost within it, this was especially the case during the Toymaker’s Shop scene. The Bombie Samba although performed superbly by the cast looked rather like a showcase performance with the bland white screen behind them throughout. A projector or more imaginative lighting would have brought it to life a little.

Performance wise the cast put in a good shift tonight, the pace was a little slow at times, however this I think was down to direction (Michael Jones-McCaw) and in some parts the book (Jeremy Sams) itself. It was disappointing to see there wasn’t more done with some scenes given the huge platform Romiley gave themselves by doing this show, a North West Premiere. Tracy Harper’s choreography was safe and looked a little cramped at times with such a large ensemble.I must note that the Me Ol' Bamboo sequence was stunning and exceptionally well delivered.

Gary Jones-McCaw and Sarah Thewlis are superbly cast as Caractacus Potts and Truly Scrumptious respectively. Both owned their roles and showed great chemistry together and as a family with children Jeremy and Jemima (Harry Wilbourn and Lenka Shaw). Wilbourn and Shaw showed talent way beyond their years as the commanded the stage in each scene they were in. Toby Fullman and Olivia Williams alternate the roles of Jeremy and Jemima during the run. 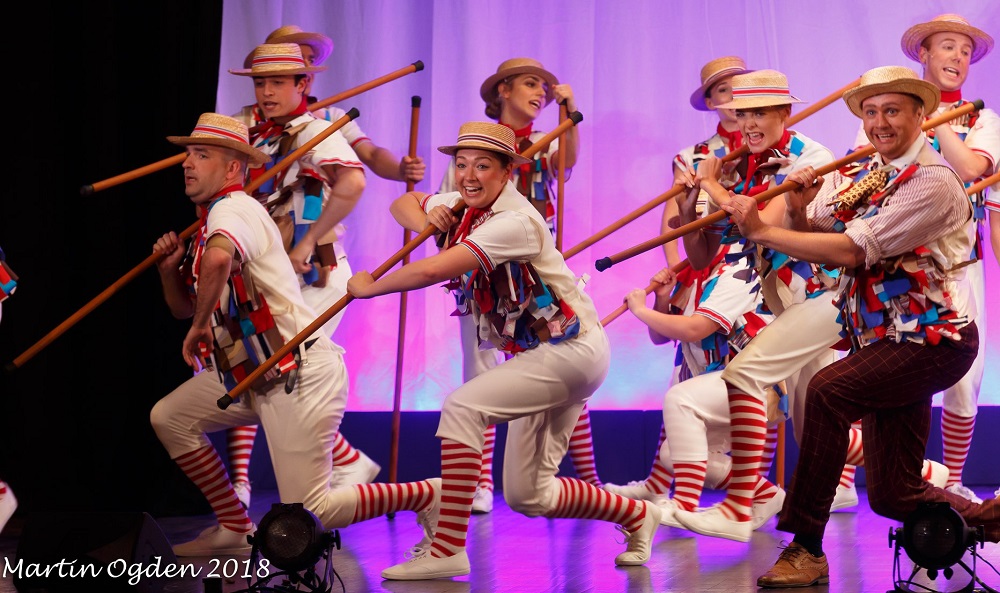 Martyn Preston was a convincing eccentric Grandpa and Ben Drane took on multiple roles throughout the evening. Paul Allison was truly terrifying as the Childcatcher, probably one of the best baddies in musical theatre.

Goran (Andy Gibson) and Boris (Scott Lees), the Vulgarian spies play off each other well with some comedy gold on show. Steve Harrison as the childish Baron Bomburst played the perfect partner to Julie Proffitt’s Baroness who stole the show every time she stepped onto the stage.

Chitty wouldn’t be Chitty without its child ensemble and tonight it was Team Miraculous given the task of opening the weeks performances and will alternate with Team Spectaculous as the show progresses.

I also cannot write this review without mentioning the canine stars of the show. Led by Woody as Edison the team of 10 dogs made a lasting impression at the end of the musical number Toot Sweets in what was the bravest piece of staging I think I have ever seen on an amateur stage.

Once again, Claire Sweeney directs the orchestra, who on opening night sounded fantastic.

Chitty Chitty Bang Bang is a great family night out and a perfect way to introduce children to musical theatre. This production, whilst having some faults on the staging side, you cannot fault the commitment and effort the cast put in. Playing until Saturday, this is the only opportunity you will get to see this show locally. Grab your ticket whilst you can.