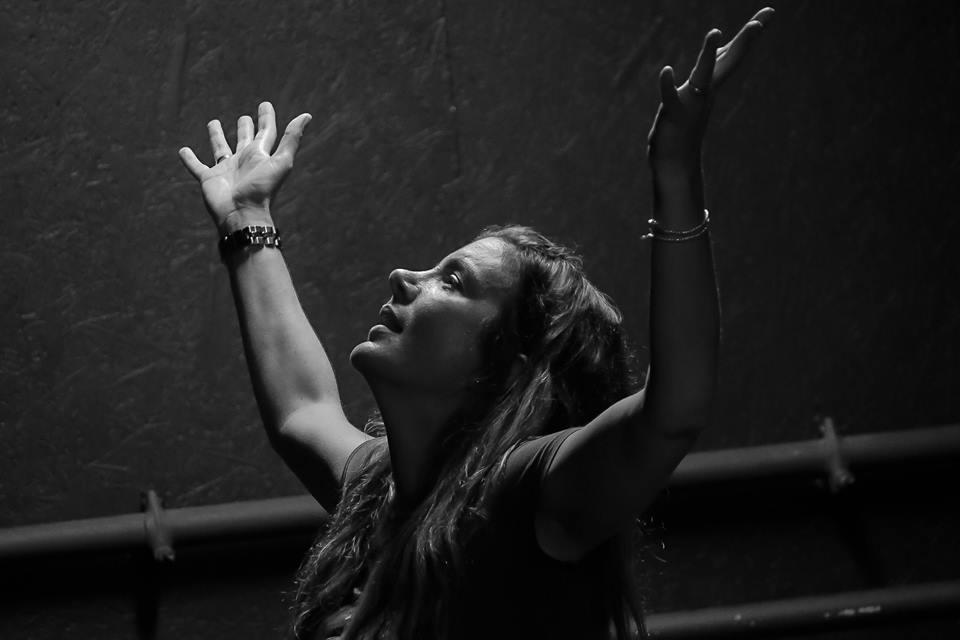 This Macbeth (Simon Naylor) is a bluff, strong soldier used to delivering orders and happy in the chaos of war, once set on his murderous path he relishes the physicality and violence that necessitates his path to the crown. Naylor brings a bullish physical presence to the part and dominates the stage when roused to anger, however his interpretation in soliloquy of the irony and duality of Shakespeare text, and his remorse at the path he had taken could have been more fully explored.

Lady Macbeth (Alexandra Maxwell) begins her journey as a glamorous trophy wife, quite obviously ambitious for the preferment of her husband and hungry for power and prestige. Maxwell charts the descent of the character to a witch like state, whilst her husband becomes increasingly bloodthirsty she exhibits regret and guilt and is rarely seen without a glass in her hand, indicating increased reliance on alcohol as solace for her murderous deeds. It is a pity that Shakespeare chooses to give her death such little regard and the throwaway line 'the Queen is dead' poor reward for a strong performance. 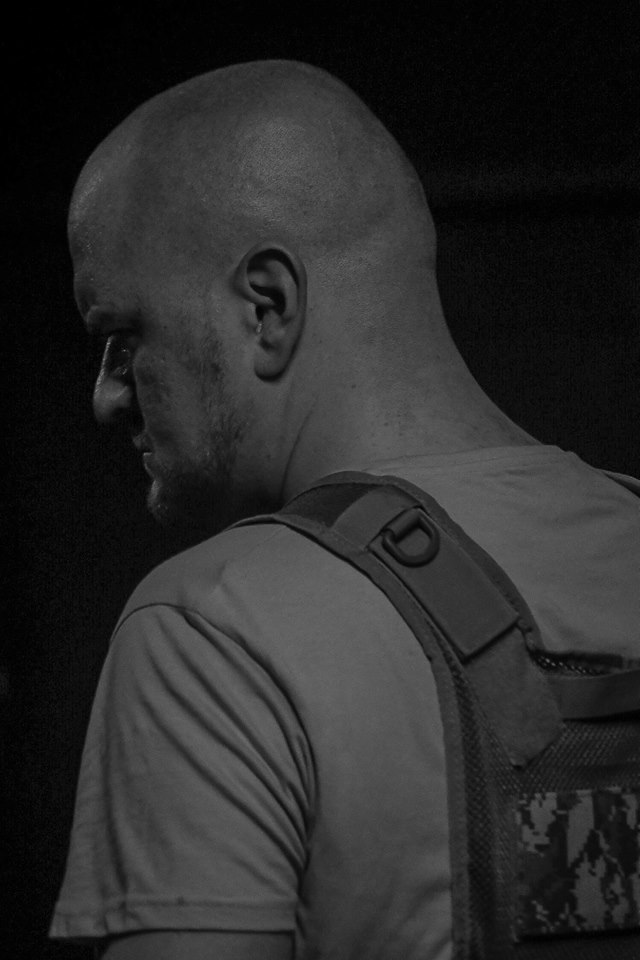 Excellent support is given by Ethan Holmes as Macduff, morphing from a quiet petty aristocrat to a fully fledged psychopath following the murder of his wife and children; James Lewis as Banquo provides perfect macho 'wing man' material for Macbeth and his resurrection as the ghost was chillingly achieved. However, Tom Jordan in the role of the Porter achieved the most sly and sinuous menace, managing to give the equivocator speech modern political resonance by applying it to 'a President' (no prizes for guessing which one), in a way that reminded me of the seminal Greg Doran RSC production from 2000.

At one hour and 45 minutes without an interval, this is a Macbeth that will appeal to a modern audience; the action was moved forward quickly and judicious edits to the text allowed it to be understood and easily followed with the modern battle dress further adding to the accessibility. However, to explore the deeper motivation of the leading couple and to inject political resonance into the play, this production required a slower paced interpretation of the text, giving time for the actors and audience to interpret the meaning.

Director Alice Bartlett originally conceived and presented this as a piece of outdoor theatre and the original wider staging would undoubtedly have allowed some of the larger battle scenes and 'blasted heath' to have more space to develop and given the entire production a more grandiose feel.This necessity of working in a confined space also meant that the entrance to the stage was very immediate from a tented background and some of scenes felt dispensed with too quickly as a result.

However, if sweeping grandeur was lost, it was more than compensated for by the dark intensity and menace that the indoor staging provided. The use of smoke, torches and metallic sound effects were enhanced by the confined brick arches of 53two, creating an intimate superstitious mood that this Jacobean drama needs in order to sustain credibility with a modern audience.

Overall, a pacy and powerful interpretation that utilised the unique theatrical space to great effect.