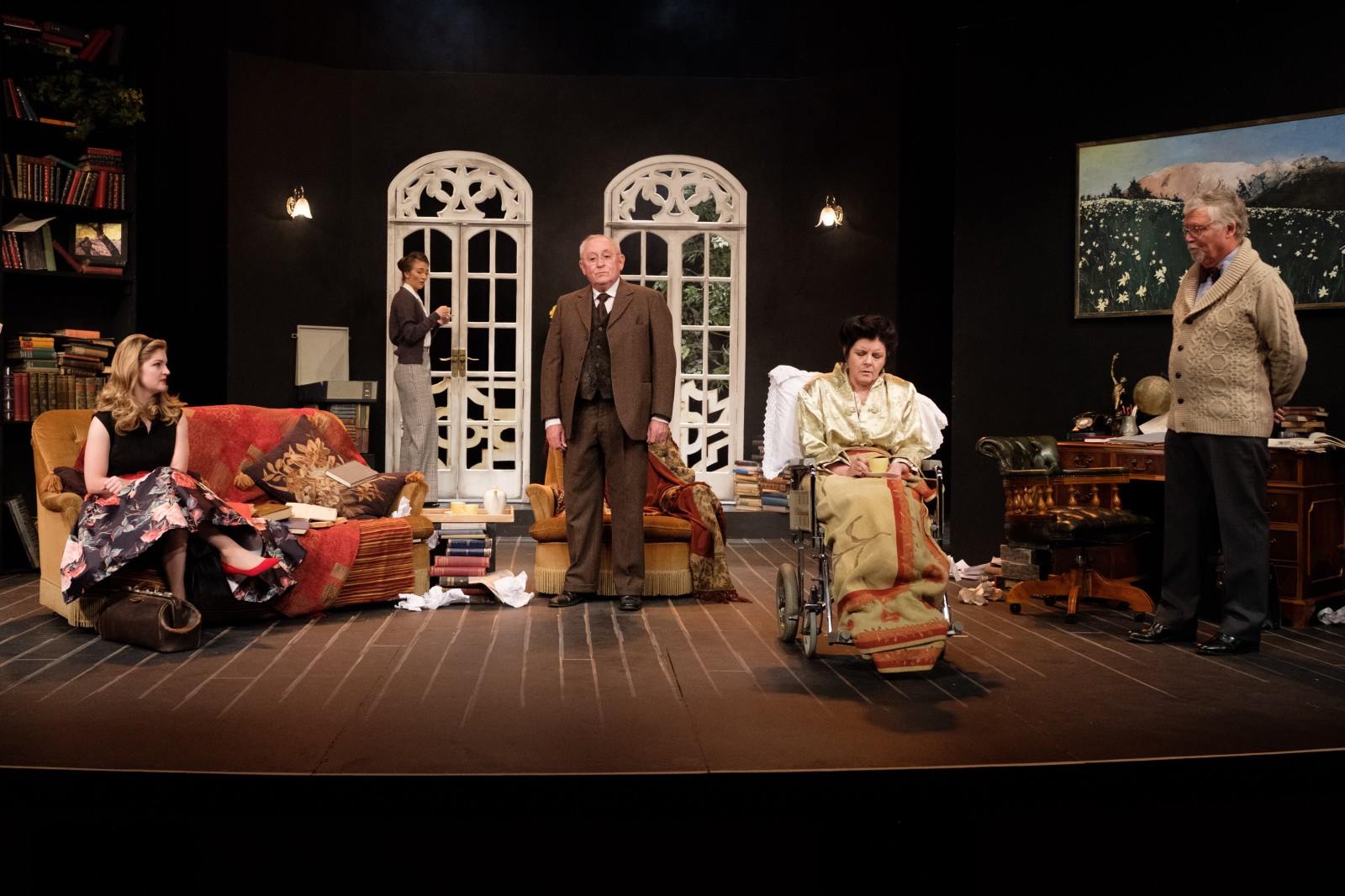 Written by Agatha Christie and with a title such as “Verdict”, you might be expecting a traditional “whodunnit” but this play, penned by “the Queen of Crime” in 1958, is definitely not what you might anticipate. It was written purely as a play and is not an adaptation from one of her novels.

I was very impressed with the set which is an untidy sitting room, full of books which occupy most of the surfaces. Judging by the clothes worn by Helen Rollander (Megan Relph), I assume the play is set in the era it was written (1958).

The play is apparently inspired by the music of Rachmaninoff and this was used to great effect throughout although unfortunately, at one point, it did drown out the dialogue of the Detective Inspector (Steve Connolly).

I understand that Richard Sails (Professor Karl Hendryk) has stepped in at the last minute and has had limited rehearsals which makes his performance very creditworthy. He seemed very at ease in the role.

I thought everyone’s characterisation was very good, particularly Dr Stoner (Bill Platt) and Lisa Koletsky (Maya Szlachetko). I thought the way they expressed themselves and emoted was authentic and realistic. The emotion expressed by Maya Szlachetko as Lisa Koletzky is very believable, particularly when she becomes angry. Similarly, I enjoyed Megan Relph’s interpretation of Helen Rollander: an unbearable spoiled little rich girl who is very over the top with her “I want and I get” attitude but this is the character so it didn’t come across as overly brash. 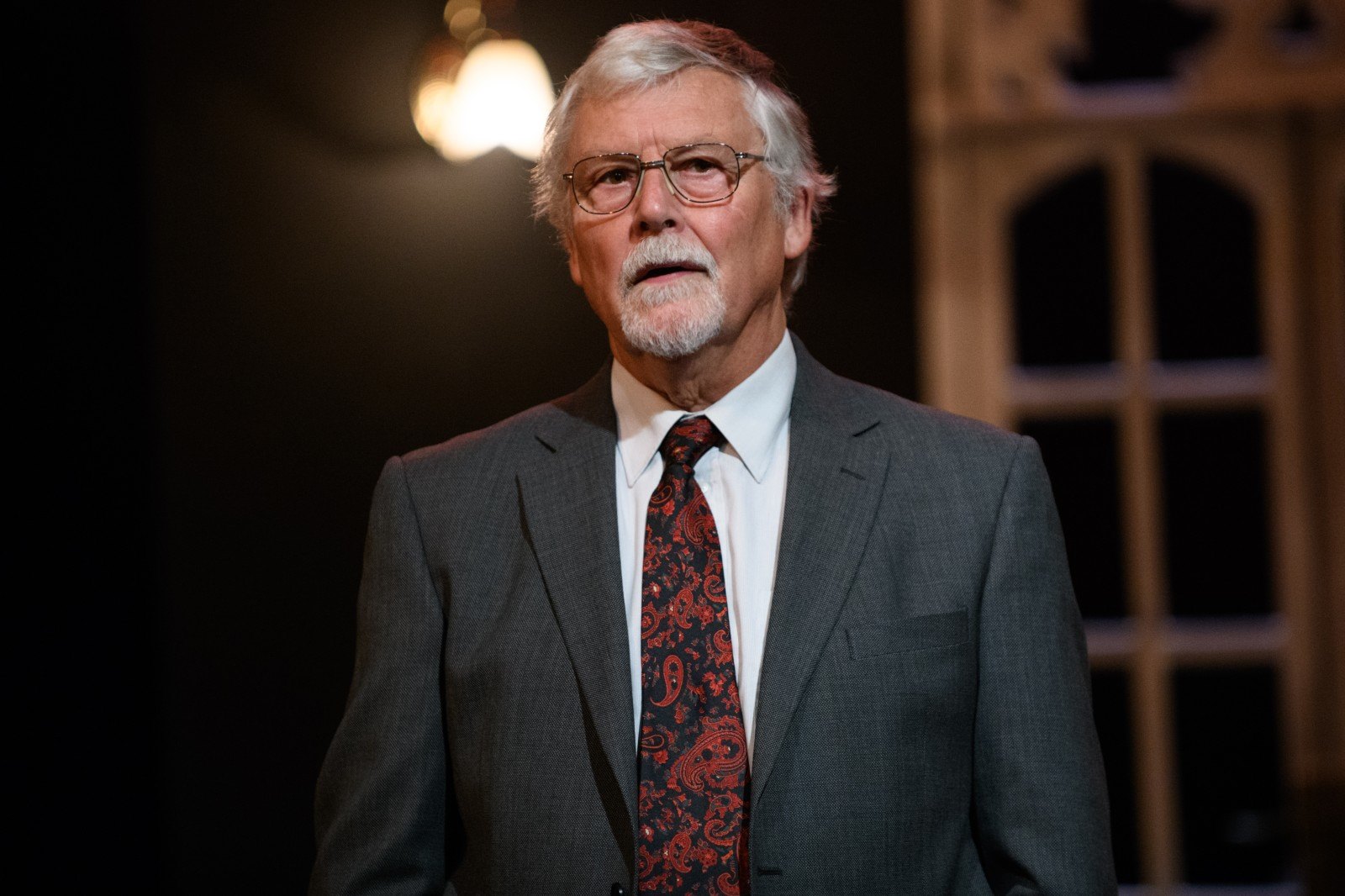 Mrs Roper (Janet Slade), the housekeeper, provided humour with her rather larger than life (a little like Mrs Overall from Acorn Antiques) characterisation but I wasn’t sure the humour worked in this rather heavy production – particularly as she has a serious pivotal role in Act Two which changes the lives of two of the other characters very dramatically.

Some of the dialogue was quite difficult to hear as the cast are not mic’d up. Much more projection is needed from some of the cast as it is particularly difficult to catch what they are saying if they turn away from the audience.

Director, Parissa Zamanpour, writes in the programme that this play is about relationships and variations of love and Christie’s exploration as to why people go to extreme lengths. Whilst I am of the opinion that the cast, Director and all those involved in this production have worked extremely hard to do justice to this play, I’m afraid that for me, the script is weak and lacking in substance and is quite dry and boring in parts with nothing for the audience to get their teeth into. There were sections of long-winded conversation which didn’t really get anywhere or take the plot any further and there was far too much exposition which was rather clumsy at times.

Some parts were quite unrealistic and the reactions of some of the characters were also not very believable (I can’t give examples without revealing spoilers). However, the script writing is not the fault of the Director or the cast who have done a sterling job with what must be quite a challenging piece to perform and I am sorry I can’t be more enthusiastic about the material they had to work with.

My verdict is that whilst the cast did their best, I’m sorry to say that the script and the writing let them down.