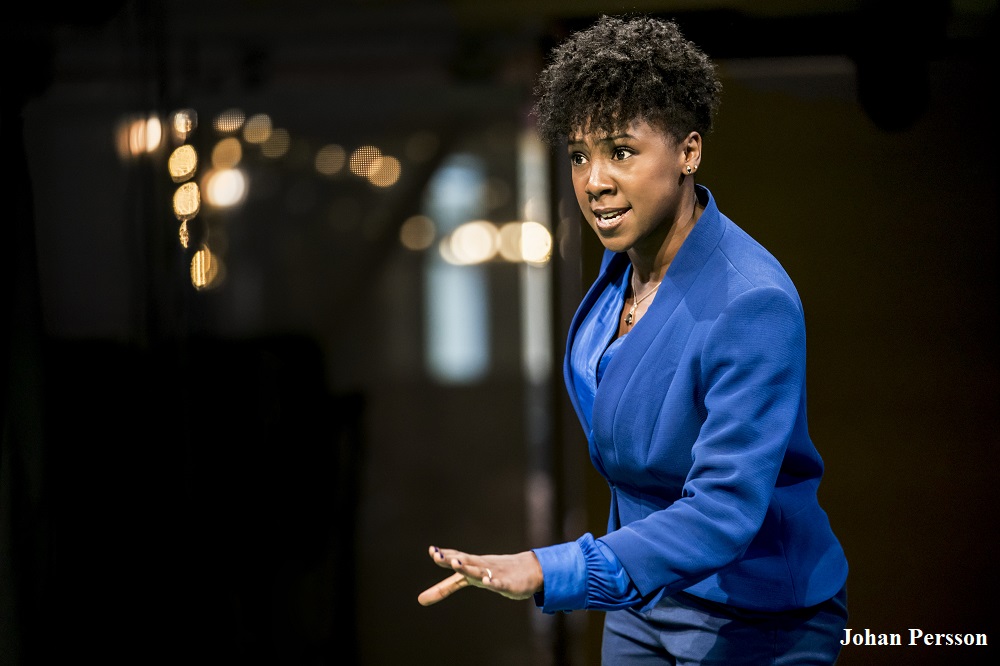 You would be forgiven for not having heard of Queen Margaret of Anjou, Shakespeare nicknamed her 'The She Wolf of France’ and gave the character over 800 lines, more than King Lear or Macbeth. The reason for her relative anonymity is that these lines are spread throughout four plays (three parts of Henry VI & Richard III), and over twelve hours of theatre. Some of these plays are rarely performed fully and when they are Margaret's lines are often heavily cut, relegating Margaret to a supporting role. Writer Jeanie O'Hare has pieced together this hidden story and represented it as a pacy and vibrant production to kick off the new season at the Royal Exchange in Manchester.

We first meet Margaret (Jade Anouka) as the shy young bride of Henry VI, a newcomer to the English court and a political pawn in the ongoing antagonism between England and France. The piece charts her rise to de facto power as Queen of England and subsequent demise to a lonely death in exile at 52, having lost her husband, her son and her crown in the vicious 'Wars of the Roses'. This story is present in the original Shakespeare, but O' Hare has delicately extricated a female character from the original text and added a layer of sympathetic motive to Margaret, portraying her as necessarily strong because her husband is so weak, and defending the right of her son to the crown from rebels and usurpers.

Jade Anouka traces the character of arc of Margaret with increasing confidence as the play progresses. Undoubtedly a more peripheral character in the first half after the interval she blazes into action, viciously denouncing her husband for relinquishing the throne she morphs into a warrior queen and dispatches her enemies with bloody relish. This is in marked contrast to her broken reaction to the death of her son and the realisation that she has lost all, which is poignant and delivered with real pathos.

The character of Henry VI (Max Runham) is shown to be a weak vassal, controlled by his court and wife and sowing the seeds of future civil war with his decision to disinherit his own son. Runham shows his spoilt vanity and piety extremely well, but needed to make the mental illness he suffered from more overt on occasion, which would give more sympathy to his dilemma. 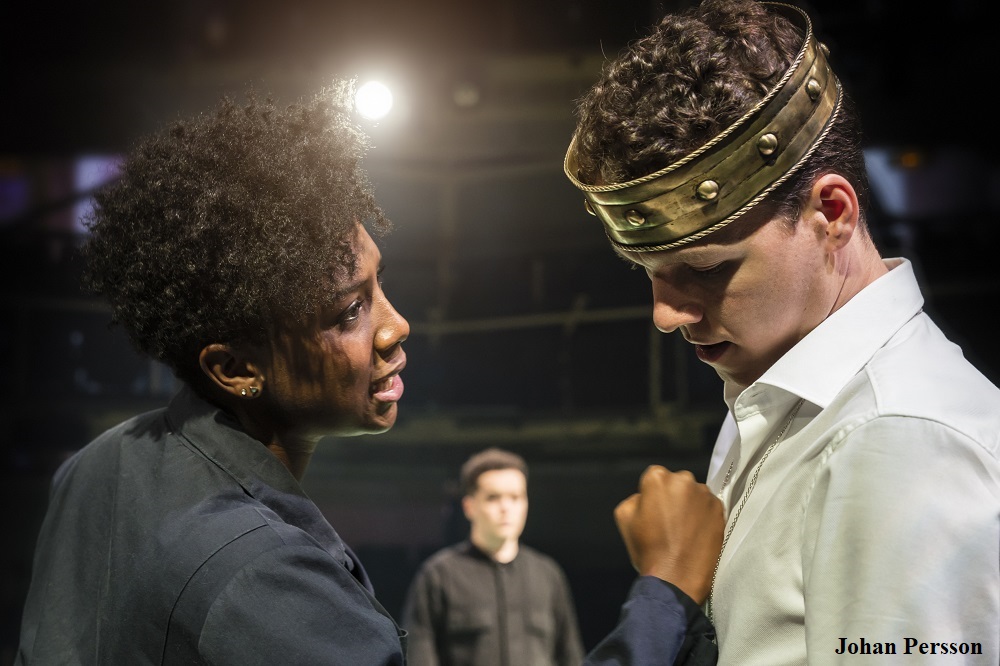 Strong support is given by Lorraine Bruce as York. The bruising and brutish nature of the character was maintained and the decision to change the gender of the character is wholly satisfying, adding more nuance and maternal motive. Both Kwami Odoom (Richard III) and Dexter Flanders (Edward IV) as the 'sons of York', gave well rounded performances on their Royal Exchange debut, with the huge physical presence of Flanders juxtaposed against the sinewy Odoom to great effect.

A fresh perspective on the motives of Margaret was added by the introduction of Joan of Arc (Lucy Mangan) as an intermittent voice, urging her to sow discord and revenge the damage done by England to the French state. This use of a ghost/conscience figure was an excellent device which places the new writing in the context of both the Shakespearean canon (think Hamlet/Macbeth/Henry V/Richard III) and also the wider revenge tragedy that was popular when the original texts were performed. Mangan gave a watchable quality to the character, managing both an impish and cold quality in her acting.

Inevitably when condensing twelve hours of theatre into just over two, the amount of exposition required could have an effect on the theatricality of the piece, reducing it to a series of set dialogues simply telling a story. It is testament to O'Hare that this was kept to a minimum, especially after the interval. The new elements of text are skilfully woven into the fabric of the original with the character of Hume (Helena Lymbery) acting as a chorus, both announcing the scene and commenting on its meaning. This allows the constant and frenetic pace of the story to be digested by the audience more easily and also brings a modern comic sensibility to the piece.

The staging in the round is always necessarily innovative at the Royal Exchange and Director Elizabeth Freestone and Designer Amanda Stoodley constructed a flat green circle with dividing runway lights which graphically represented the fractured and fragmented country as the war progressed. This theme of division was further explored with the speeches of York, Henry, Margaret and Hume peppered with references that had a modern political context. A telling scene was enacted when the court were in argument, substituting dialogue for the word 'squabble' repeated over and over. Brexit is seemingly ubiquitous in our lives and it was impossible not to draw comparisons with the 'divided houses' on stage and our political discourse today.

Overall, a beautiful blend of original and modern text, breathing new life into history and with a relevant message to Britain in 2018.