It is common to think of 'the American dream' in terms of material success and wealth, a goal for millions to aspire to for over a century. But what happens to those people who don't quite make it and whose reality doesn't live up to the expectations that they set themselves? Has our view of success been changed in the light of credit crunch and the austerity of the last decade? And what is a modern definition of success? Director Sarah Frankcom has taken this quintessential 20th Century American classic, and used it to frame answers to these questions for a modern audience, producing a visually stunning, tender and powerful production that left me breathless with admiration.

Willy Loman (Don Warrington) is tired; an ageing salesman who is past his sell by date. He is reduced to working on commission only and lives on past glories, telling increasingly inflated stories of his success to his family and neighbours. Hanging on his every word since childhood are his two sons Biff (Ashley Zhangazha) and Happy (Buom Tihngang), desperately anxious to impress him by demonstrating athletic endeavour and leadership, they compete to demonstrate the 'rugged popularity' that Willy defines as the hallmark of achievement. The domestic set up of the Loman household is completed by Linda (Maureen Beattie), who soothes Willy's battered ego and frets about the final payment on the mortgage, which will leave them 'free and clear'. As with most of the work of Arthur Miller, there is a dark secret gnawing away at this seemingly normal family, one which will eventually surface and leave the trust and love shattered beyond repair. 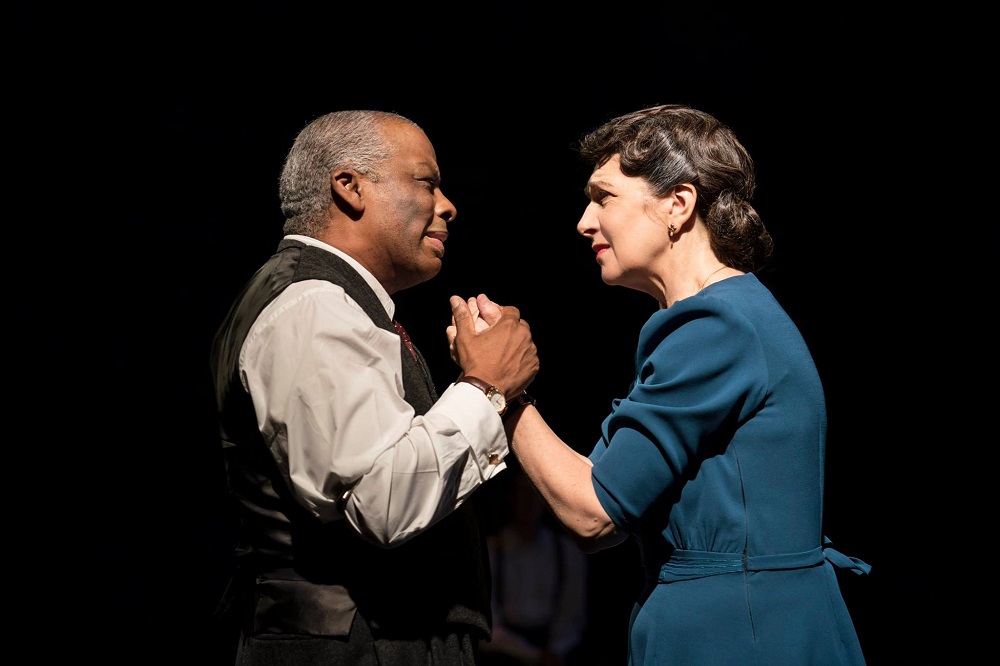 The role of Willy is a hurdle which many actors feel they must jump in their career. It is a huge part, requiring stamina and emotional breadth to convey the man whose dreams are gradually worn down by the realisation of his own limitations. Warrington is superb as Loman, the contradictions in the character are displayed beautifully and he moves between anger and pathos without ever feeling the gear changes, it is a naturalistic performance which totally chimes with the writing style of Miller. His final scene will stay a long time in my memory, hushing the audience before taking his final leave.

Matching the intensity of Warrington, Ashley Zhangazha gives a defining performance as Biff. Having caught the eye on this stage in both 'Hamlet' and 'Guys and Dolls', he depicts the change in Biff from happy leader to lost 'little boy', finally to a man come to terms with his place in the world; he brings a precision that adds clarity to the motives of the character. His brother Happy has learned less from watching the gradual descent of his father, and Buom Tihngang allows this lack of awareness to shine through, he is the son who is doomed to repeat the mistakes of his father. Beattie gives a strong voice to the role of Linda, her defence of Willy to her sons as he collapses into nervous breakdown is wholly realistic, as is her confusion as to his eventual fate. 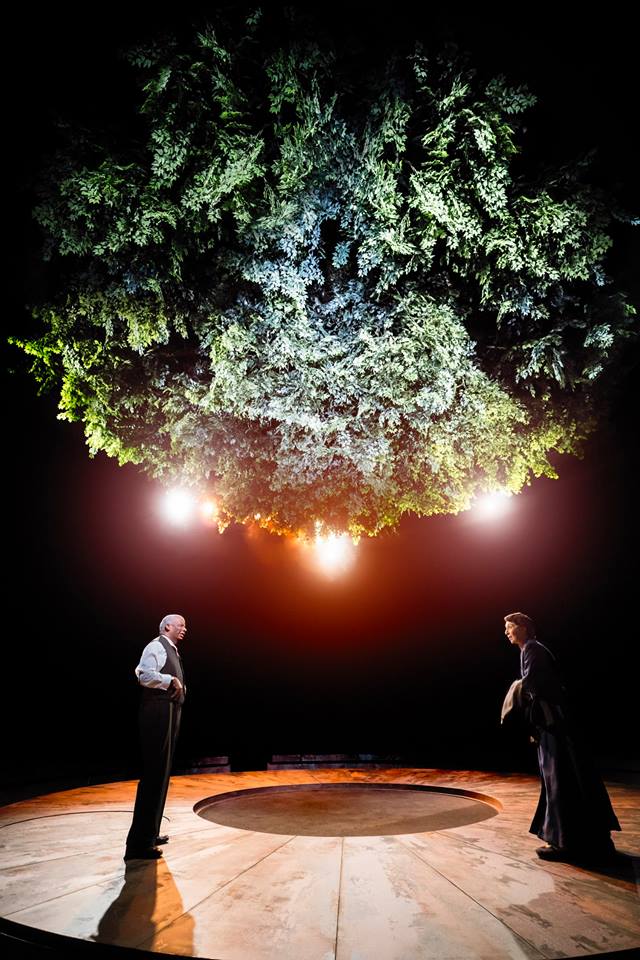 Frankcom utilises the round stage of the Exchange to great effect. When not involved, the actors sit on a raised wall around the edge of the set observing the action. This simple device conveys brilliantly the idea that Willy is always bothered about 'what people think' of him, he wishes to be observed by the wider world as a success and acts accordingly, even as the difference between perception and reality grows ever wider. A huge tree is suspended over the stage lit beautifully by Jack Knowles to reflect the mood below, it slowly sheds leaves after the interval on the chaos developing below. The soft entrance and exit of the ghostly characters from Willy's life are the perfect depiction of a memory play, fusing past and present seamlessly on the bare round stage.

The futility of the decision by Willy to commit suicide is explored expertly here, this production highlights a man who is loved by his wife; has friends who will offer him a job following his sacking; and debt free after a lifetime of struggle, yet he still sees the glass as nearly empty. Written in 1947 at a time of post war boom, this decision is seen as inexplicable to a 2018 audience for whom home ownership and a secure debt free retirement are a pipe-dream. It points up that the definition of success is all in the perception of the individual, rather than a yardstick of material gain. Loman is a failure in life, not because he has failed, but because he hasn't lived up to his own overambitious expectations and the idealised version of himself he sees in his brother Ben (Trevor A Toussaint).

This particular play has always held a place in my heart and each time I see it I approach it with a mixture of hope and apprehension. I am surprised by the emotional reaction this production created in me, it fully realises the hope and tragedy of the writing in an accessible form with outstanding performances from the cast and given modern relevance by the stunning simple staging. A 'Death of a Salesman' that resonates in Trump age America.