Every theatre in town has a Christmas show of some sort; whether it be a traditional pantomime or something a-bit different, you are never too far away from a festive delight this Christmas season. One festive delight that’s worth checking out is Raymond Briggs Father Christmas currently at Sale’s Waterside Arts Centre.

Most will know the author Raymond Briggs for his enchanted tale; ‘The Snowman’ but that’s just one of many books and after Lyric Hammersmith / Pins and Needles successful tour of ‘The Snowman’ last year; I am so pleased that they have returned with another equally enchanted show this year with ‘Father Christmas’.

This production is so cleverly put together using a raft of wooden puppets, trap doors and even uses a foliage artist on top of the stage to cleverly create the world around Father Christmas played by Mike Aherne. 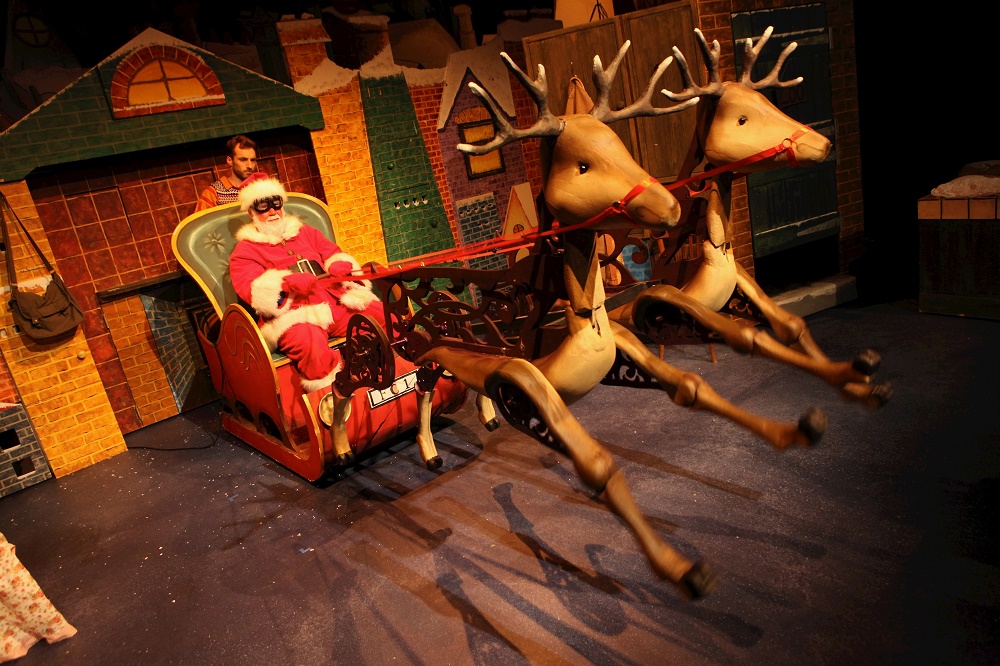 Aherne’s portrayal of Father Christmas is warm and friendly, with jokes and expressions pulled to engage with the young audience at just the right times.

My favourite part of the show had to be the sleigh ride and chimney descent - it was magical and the little ones loved every minute.

Although it’s technically a one actor show; he is joined by puppeteer Richard Booth who animates the animal puppets featured in the show; from cats and dogs to reindeers and chickens; the attention to detail by Booth is outstanding and you will find yourself giggling along from just a subtle move of the puppet in a certain.

This is complimented by Foilage artist and musician Katy Sobey who positioned on top of the set performs practically the entire backing for the show performing everything from cracked eggs and Washing armpits to interlude music performed on the saxophone - I thought it was the finishing detail in this production as it gave young audience members the opportunity to see how theatre happens and that’s so important.

Directed by Emma Earle, this production is a festive delight offering an awe-inspiring experience for the young and young at heart, the script is witty and the adaptation by Pins & Needles is faultless throughout.

Verdict: A Heart-warming production the whole family will enjoy!