A Murder Has Been Arranged - Garrick Playhouse, Altrincham

The thrilling stage play; A Murder has been arranged by Emlyn Williams was first performed at the Royal Strand Theatre in London in 1930, since then it has gone on to become a modern classic and is currently playing at the Garrick Playhouse in Altrincham.

With so many different murder mystery productions around, they can sometimes become a bit same old and blend into one another; I am glad to say this is not the case with ‘A Murder Has Been Arranged’ as it really does keep you on the edge of your seat with supernatural elements which add to the thrill of this play.

The story follows Sir Charles Jasper played by David Baxendale who is an eccentric who meddles in the paranormal and is about to inherit £2 million pounds on his upcoming birthday and plans a party at The St James Theatre to celebrate along with his wife Beatrice played by Chloe Malandra, her mother played by Caroline Knight, his PA played by Fiona Primrose, Jimmy North played by Chris Wagstaff and Mrs Wragg played by Christine Perry, the venue is supposedly haunted after a few mysterious deaths there in the past with the mystery woman played by Mandy White. 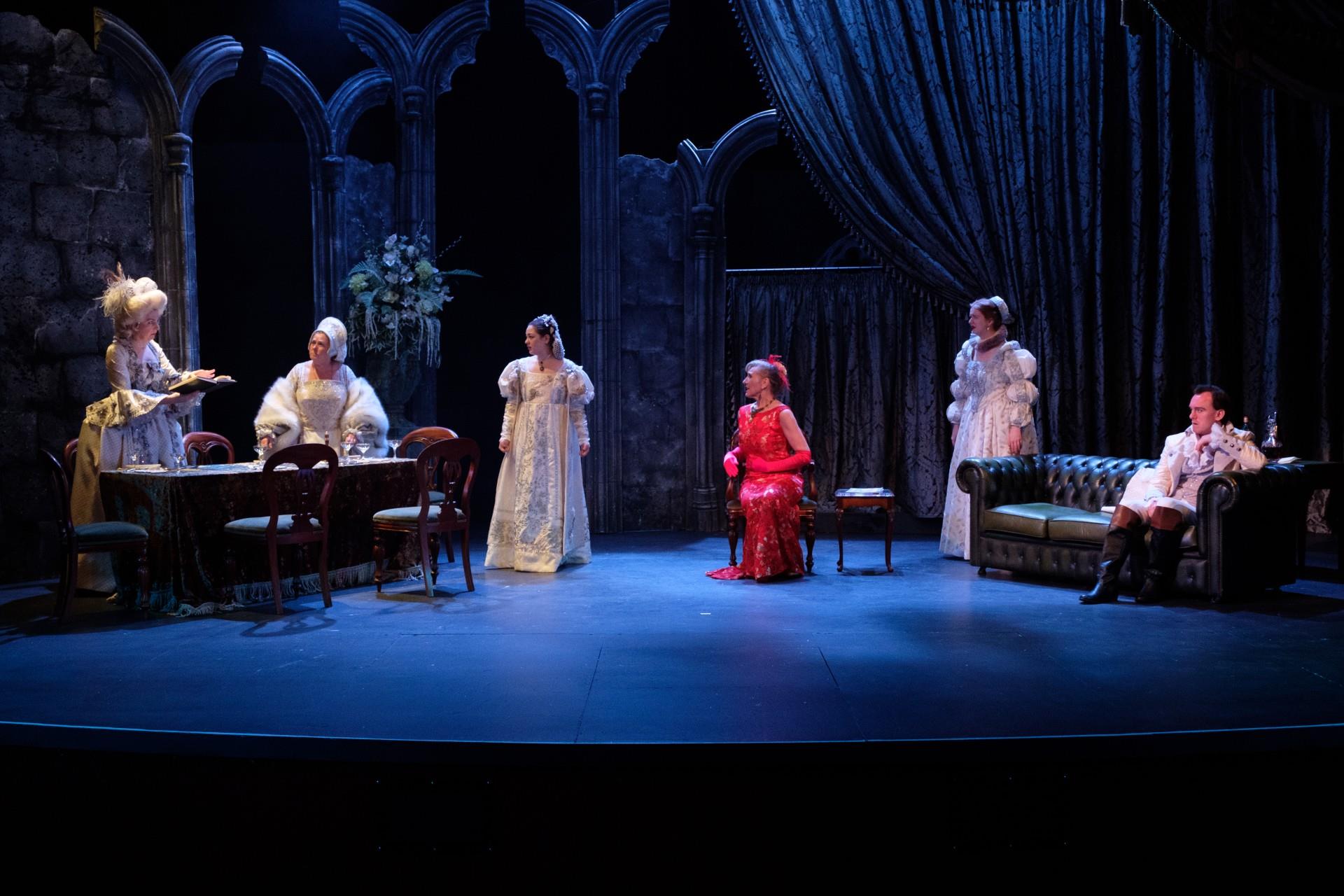 Chaos ensues as Sir Charles missing nephew; Maurice the novelist turns up, played by Anthony Morris who asks for his uncle to write a chapter for his book, but all is not what it seems, and this story will have you second guessing at every turn, and it’s certainly not what you expect!

What you can expect from a Garrick production is a keen eye for detail and a professional production throughout. The set design is yet again impressive with large velvet curtains, archways and age related furniture to perfectly set the scene. The cast are wonderful and anything but amateur, I was particularly impressed with Anthony Morris who played Maurice Mullins, he captured the essence of the character perfectly and as an audience member; I was forever second guessing just what their character would do next, which is exactly what you look for in a murder mystery.

I have become a regular attendee at the Garrick theatre due to the calibre of their productions, this is a true gem in our region and they have a 100% success rate for me; each show has a great quantity of thought and effort gone into, A Murder has been arranged is no exception and makes for the perfect date night this wintery season.