The King and I - Opera House, Manchester

The names of Rodgers and Hammerstein will always quicken the pulse of any lover of the golden age of musical theatre, and expectations are sky high in Manchester this evening as the world tour of 'The King and I' begins at the Opera House. This show has garnered four Tony Awards and critical acclaim since 2015, following a successful run on Broadway and at the London Palladium, now audiences all over the UK will have the chance to share in the glittering splendour of this lavish production.

Based on the extraordinary true story of Anna Leonowens, it tells how a widowed British schoolteacher and her son arrive in Siam (modern day Thailand) and proceeds to teach both the King and his many children the values of love and liberalism. The colonial overtones of the premise are somewhat problematic to modern sensibilities, but these political concerns are not high on the agenda of this audience, who are there to be swept away by the costume, set and above all, the music. 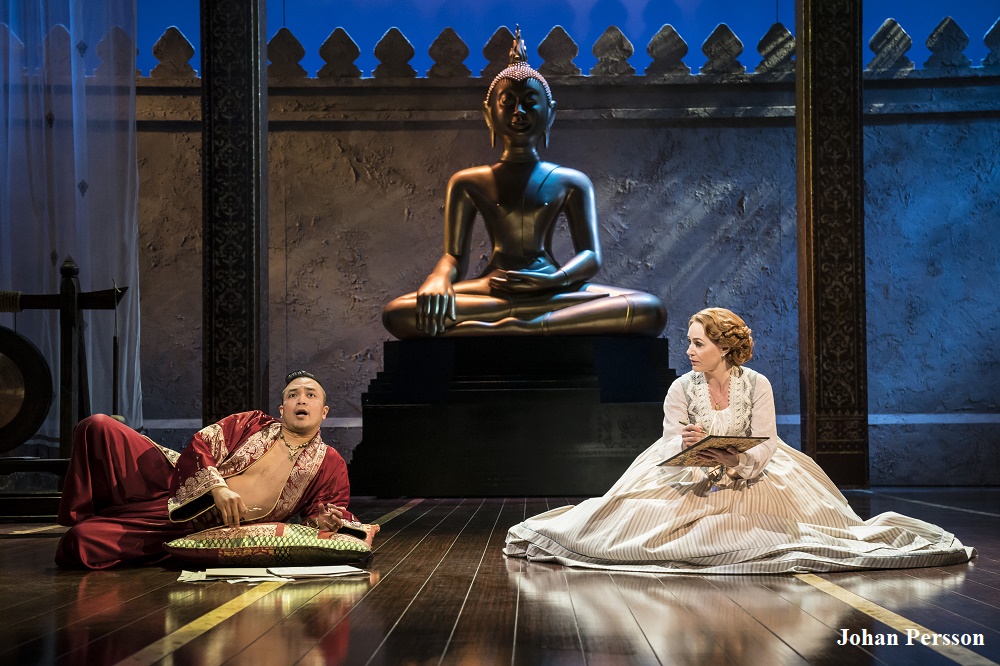 There is no denying that Oscar and Richard could knock out a tune, 'Getting to Know You', 'Whistle a Happy Tune', and the show stopping 'Shall we Dance' are greeted with knowing rapture, but for me the lesser known songs within the piece that are the most memorable and affecting. 'Something Wonderful' is sung by Lady Thiang (Cezarah Bonner) to persuade Anna to accept the King, despite his faults, and her beautiful soprano voice edged with real love for her difficult husband. Similarly, 'Hello Young Lovers' gives Anna (Annalene Beechey) the opportunity to wistfully reminisce on her own young love. This triumvirate of sensational sopranos is completed by Kam Kunaree as Tuptim, the latest, unhappy wife of the King, determined to escape with her lover Lun Tha (a beautiful duet with Kavin Panmeechao during 'We Kiss in a Shadow').

Throughout the show, it is the female performances that constantly catch the eye, with Beechey at the heart of everything good about this production. Director Bartlett Sher wisely decided to emphasise the feminist elements of Anna's character and it is Beechey's ability to display this, pointing out the absurdities of the court and the King himself, that bring the light comedic moments alive (Shall I Tell you what I Think of You). Jose Llana as the eponymous King presents more of 'A Puzzlement', with any actor bound to be measured against Yul Brynner, who created the role on Broadway in 1951 and played it 4,625 times over a 34 year period. This King is hugely effective as a comedic foil to Anna, his excellent facial and physical gestures conveying exasperation and incomprehension with exquisite comic timing. However, he is much less effective when he turns tyrant in the second act, being less convincing in both anger and illness. This version of the show subtly makes the King into a supporting character, and this lack of an overbearing lead brings the three women's stories into much sharper focus.

My main problem with the production centres around its adherence to the original 1950's production values. Whilst the choreography of Jerome Robbins is undeniably classic, the 'Small House of Uncle Thomas' ballet sequence is far too long at twenty minutes, and judicious editing was required. In the same vein, the set design of Michael Yeargan began beautifully with the boat docking in Bangkok, but quickly became formulaic and lacking in originality. Seeing how 'Oklahoma' is currently being re-imagined on Broadway, or 'West Side Story' at the Royal Exchange, I cannot help feeling that, despite its beauty and sumptuous costumes (Catherine Zuber), 'The King and I' is starting to show its 68 years.

These weaknesses are conversely also the strength of the piece. Audiences attend knowing what to expect from a 'Big Five' Rodgers & Hammerstein musical, and they were on their feet (admittedly slowly, given the average age) at the conclusion this evening, loudly registering their approval. This show is critic proof, and there is no doubt that it will prove a great hit throughout the UK over the next year.

It is beautiful to behold and will undoubtedly sweep you away, just don't look too closely...