Of course, we will never know the conversations that took place between those sirens of the silver screen Bette Davis and Joan Crawford. We will never really know what they really thought of each other although from anecdotal evidence we can have a damn good guess!

That is what Anton Burge has done in his two hander, imagined whilst they filmed their one and only screen performance together “Whatever happened to Baby Jane”. His play captures not only the inherent humour in the characters we think we know, but also the vulnerability of the characters we should know. 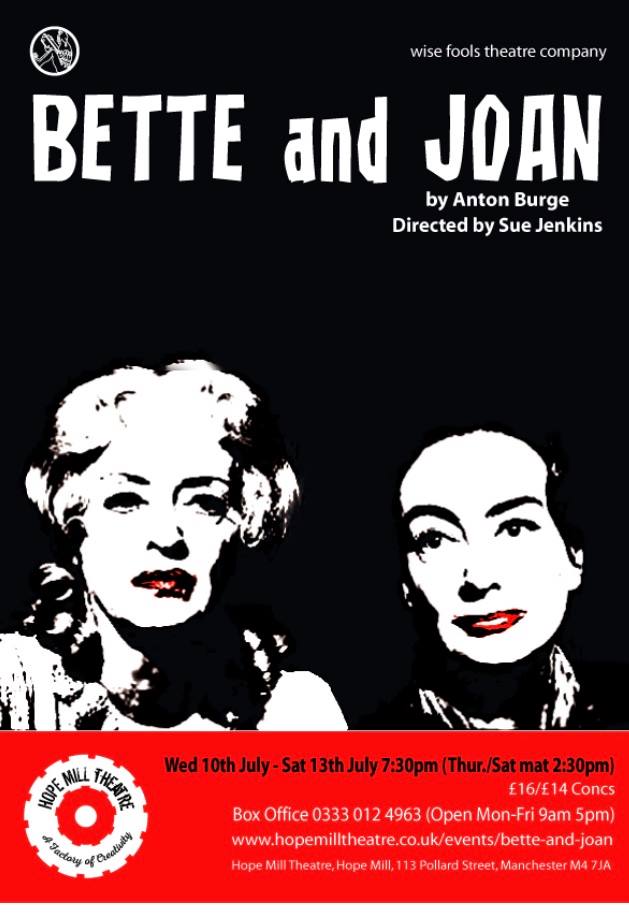 Neatly set in their respective dressing rooms on the studio set, this production perfectly captures the claustrophobic world they inhabit off the big screen.

Given what we do know about these two great actresses, it is clear that outwardly Bette Davis was the stronger as she says herself, “I’m proof that the wheel that squeaks the loudest gets the grease”. Joan Crawford on the other hand is thought to be gentility personified. Given those two facts as a starting point for a play, there is a danger that the Bette Davis character would over power Miss Crawford at every turn in any dramatized encounter. In the hands of director Sue Jenkins, that is never allowed to happen. Julie Edwards and Kerry Willison Parry, as Bette and Joan, in turn tear the place apart and then tear up with emotion as they recall their lives, loves and movies with perfect balance. The story telling in this play is of the highest order, and their playing matches it blow for blow. In turn blisteringly funny then in the next line desperately sad. For me, there were a couple of “swallowed” lines, but in the main, these are terrific performances from very experienced performers.

This production is produced by new company Wise Fools Theatre Company who have the stated aim of “celebrating positivity and possibilities in later life”. While there are plays like Bette and Joan to perform they will, I hope go from strength to strength. https://hopemilltheatre.co.uk/events/bette-and-joan/