Priscilla Queen of the Desert burst onto the stage of The Palace Theatre in Manchester for opening night last night leaving a smattering of power pop hits, glitter and kangaroos in her tracks.

25 years since the iconic Aussie film became cornerstone of mainstream drag media, and original stage-Mitzi himself, Jason Donavan, has taken on the producer credits for this all round celebration of high-camp and high-energy drag. 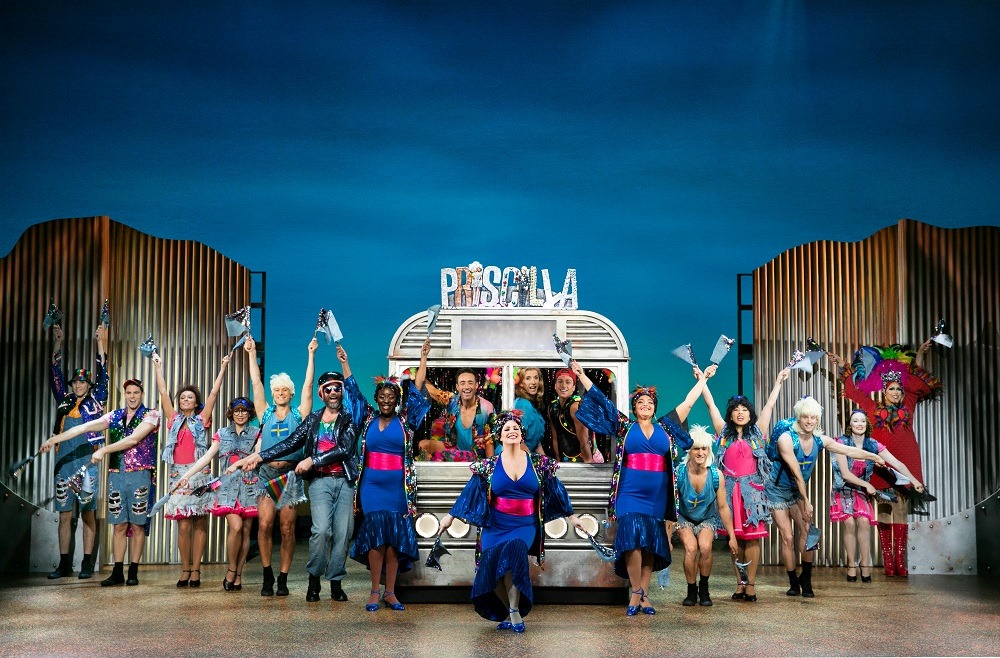 Western brings grace and poise to the stage as an ex-show girl who has transitioned; teaching us the real art of the lip sync and bringing knowledge from a generation who paved the way for modern day gay rights; it’s also brilliant to see such an important trans narrative on such a stage.

Hayes is an energetic young performer with a mouth that moves faster than their mind, whose plight demonstrates how it still isn’t easy even in 2019 for drag queens, or anyone living a more alternative lifestyle especially somewhere outside of the city.

It’s great to reflect on how much public perception of drag has changed since the original film release that this production is based on, and for the audience to be enthusiastically applauding its overall message of not just tolerance but outright celebration of LGBT+ culture; which certainly earned its place in mainstream entertainment.

There is something for everyone with this tour, it’s no holds barred. The wicked comedy of a drag show isn’t watered down too much, the costumes are exceptional with a real informed nod to high camp throughout, there are an array of hits to sing along to such as ‘It’s Raining Men’ and ‘Say A Little Prayer’. Plus the ensemble is diverse and they bring incredible amounts of energy to the show – especially Jak Allen Anderson who was mesmerising throughout and as Young Bernadette.

The choreography by Tom Jackson Greaves is ambitious but it matches the frenetic and flamboyant narrative. It provides much needed light and shade through the 2 hours 30 minute performance. There are moments that will bring a tear to your eye such as the famous scene with Felicia atop Priscilla singing opera was delivered via a hard hitting contemporary dance number with local rednecks who are furious at their new visitors. It was something different and very moving.

The climactic final performance of our travelling trio is also brilliant production value where we get to be sat in the audience of our show, but in the wings of their show seeing a real fanboy dancing in the wings – it’s very clever and you have to see it for yourself!

There were some untidy transitions and sound cues missed, but it didn’t take away from the feel good entertainment value of the evening. You can board Priscilla Queen of the Desert too for a night of friendship, feathers and fabulousness at The Palace until 30th November when she will continue her tour of the UK.