Set in the year 2053, Poulenc’s opera ‘Dialogues des Carmelites’ is the story of a young woman who flees the life of political unrest and citizen uprising in France by joining a convent of Carmelite nuns. As their religious practices become outlawed, the rest of the sisters are led from the convent and towards the guillotine, the young woman flees, fearing life, and fearing death. She faces her biggest decision, to continue to live in fear, or to serve her martyrdom and be put to death with her sisters.

As ever with the Royal Northern, the singing was of the very highest quality, but in addition to that, the College seems to have a very strong group of actors for this production, which can sometimes be lacking in youth opera.

It is very difficult to pick out anyone specific, but dramatically and vocally Olivia Tringham emerged very powerfully in the role of Mére Marie, creating a character both stern and powerful, yet maternal and eminent. 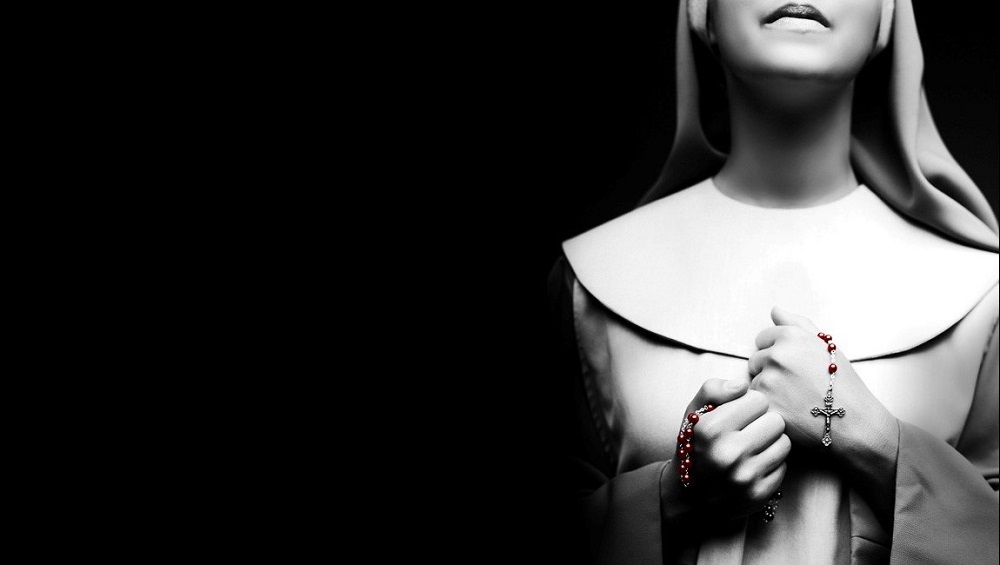 The RNCM, as ever, have presented a technical masterpiece. The set was very minimalist in its concept, but complex in its reality, with two floors, a moving staircase and a very realistic early autumn tree, which created a perfect colour palette, set against the black floor and white walls. The set fit the vision of the show perfectly, a modern but modest convent setting. Bravo to Anna Bonomelli on this superb design, both the set and costumes were a triumph. I especially enjoyed the contrast of the modern police and rioters set against the very traditional holy costumes. Congratulations also to Wardrobe Manager Elaine Needham for her hard work on creating and supplying so many costumes. Wigs and makeup were also excellent alongside these.

Not to be outdone, the lighting on this production was fantastic. Matt Haskins has designed the lights, which can often be overlooked in a production so magnificent, but the angle timing of the lights was nothing short of breathtaking.

A special mention must go to the final scene. A visual and aural masterpiece, with collaboration of the very highest level, it was absolutely hair-raising. Congratulations on creating this powerful moment, and keeping it staged and timed so perfectly to the cast, lighting designer, Director, Deputy Stage Manager and everyone else involved with this.

The large orchestra led by conductor Andrew Greenwood sounded absolutely pristine - the beautiful excellently conducted and performed by all in the pit. This is no easy task when Poulenc writes with so few recurring themes.

As ever with youth opera, it was (on very rare occasions) difficult to hear some of the words. Sometimes people were singing a little too in-stage, and the upper floor of the set also made the singing more difficult to hear. Despite this very slight and rare sound imbalance, the narrative and diction was crystal clear. I don’t speak French, but intentions, objectives, events and actions were all very clear. This quality acting was a real testament to the hard work of Director Orpha Phelan.

The only directorial choice that felt out of place was the freezing during the silences between scenes. This felt odd and didn’t support or affect the narrative in any meaningful way.

The Royal Northern College of Music Opera department has, as ever, delivered an opera of the very highest quality, potentially involving some of the world’s future opera stars, and the masses steadfastly come to support the college and its students. Long may it continue.