For the 2nd time in as many months Manchester Musical Youth (MMY) have taken over the stage at Z-Arts, this time to present the classic Calamity Jane breaking a recent tradition of producing more modern musicals and reverting to one of the classics.

As with every MMY production the stage is always filled with a plethora of talent and tonight was no different. For me there was also some new faces on stage maintaining the fact that not just MMY, but Manchester has a wealth of young talent just waiting to be discovered.

Deadwood City's two most famous peace officers, Calamity Jane (Molly Lees) and Wild Bill Hickock (Jude Ashcroft), get involved in saving the neck of Henry Miller (Billy Burrows), the local saloon operator. It seems that "Millie" has been promoting a beautiful actress named Frances Fryer (Tom Buls), but Frances turns out to be a male, Francis. Millie's attempt to cover up is soon unmasked by the angry miners, and only Calamity can cool the crowd with her trusty pistols. To keep the peace, Calamity sets out for Chicago to bring back the miner's real heartthrob, Adelaide Adams (Louisa Gamon). In Chicago Calamity mistakes Adelaide's maid, Katie Brown (Millie Royle), for the actress and hauls her back to Deadwood. Onstage Katie is greeted warmly but breaks down and confesses that she is not the famous star. Calamity once more has to restore order and persuades the audience to give Katie a chance. They do, and she wins the heart of every male in town including Calamity's dashing love hope, Lt. Danny Gilmartin (Basit Khan). Calamity reluctantly overcomes her jealousy over losing Danny and discovers her true love for Wild Bill.

Lees as Calamity steals the show from the moment she takes to the stage making the character her own, acted to perfection with beautiful vocals also. An equal match is Ashcroft as Wild Bill with his performance of “Higher Than a Hawk” being one of the best of the evening.

Millie Royle commands the stage whenever she is on it and the moment she attempts to perform as Adelaide is measured to perfection. Her duet with Lees, “A Woman’s Touch” in act 2 is also a highlight set in a magical wooden hut that made me sit bolt upright when it transformed before our very eyes. Royale’s relationship with the confident Khan was also well played.

A brief yet commanding glimpse of Gamon as Adelaide made me wish she was used more in the show as her vocals were sublime.

Tom Buls proved he is an all-round performer with his performance of “Ev’ryone Complains About the Weather” being his standout moment. An extensive ensemble supports the main cast admirably staying in character throughout and executing the choreography from Sarah Binns and Sarah Bartlett with aplomb.

The story of Calamity Jane is a little far-fetched at times with the manifestation of love interests happening quicker than any Tinder date, however this is no fault of the performers, more the book. Director Dave Holden manages to keep the show tight throughout although the staging of the overture lagged a little for me.

No musical is complete without its orchestra, and once again Kimberly Holden led a 9-piece ensemble that sounded stunning throughout.

This was an opening night and was not problem free sadly with a few sound glitches in the first half, however I am pleased to say they were eradicated on the whole for act 2. I was slightly disappointed to see a number of microphone packs worn outside the stunning costumes on stage tonight, taking something away slightly from all the obvious hard work done by the costume department.

Calamity Jane is a fun musical which sends you home with a smile on your face. Tickets are available for the rest of the run until Saturday, with little other theatrical offerings on this week in Manchester why not go and support the young performers giving their all on stage and clearly loving every minute of it? https://www.z-arts.org/events/mmy-presents-calamity-jane/ 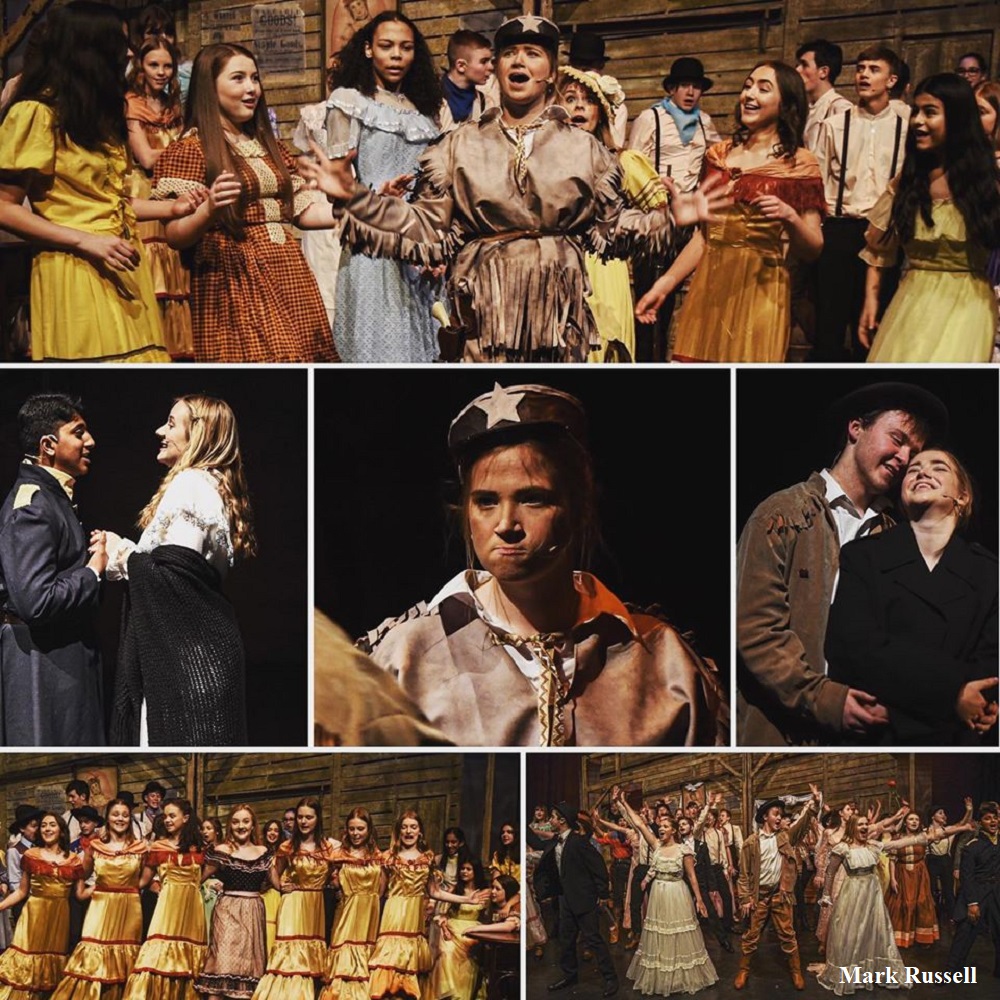