The Extraordinary Wall of Silence - HOME

Deafness is not a new phenomenon; so why do we still treat deaf people as though they are a problem we must solve.

Ad Infinitum encourage us to change the way we perceive and communicate with the deaf community.

In 1872, Alexander Graham Bell promoted deaf education by opening a school for deaf people, but he encouraged oralism and eugenics.

During 1880 the World Congress of the Educators of the Deaf, met in Milan, Italy, to promote oralism in deaf education by dismissing all deaf teachers from deaf schools.

1892 was the year the Hearing Aid was invented.

All the above indicates that the non-deaf establishment does not know how to handle deafness.

This extraordinary piece of verbatim physical theatre has been devised to create a better understanding of how a deaf person would like to be treated, educated and communicated with. This project began in 2015, inspired by Dr Paddy Ladd’s book ‘Understanding Deaf Culture’ using both hearing and deaf artists, creatives and academics, to create a piece of theatre that would help to unite the hearing and the deaf.

The script has been formed rather than written, by conducting interviews with members of the deaf community as part of a research project. The four stories that have been chosen, have been adjusted to protect the interviewees identity, but transmit the feelings of helplessness, pain and frustration, felt by the deaf community, by being made to feel like outsiders.

On a sparse stage, completely devoid of props but cleverly lit by Lighting Director Jo Palmer, the use of silhouettes and shadows creates a feeling that there are more people on stage than there actually are - silent people. The use of mime works perfectly, as the physical nature of the performance helps to reach both deaf and hearing audiences equally. There is a feeling of equality on stage as the performers communicate by British Sign Language (BSL) and English and radiate a feeling of empathy.

The four actors, David Ellington, Moira Anne McAuslan, Matthew Gurney and Deborah Pugh gave passionate performances and I for one, did not take my eyes off the stage, as the combination of historical detail and at times, heart wrenching, true life stories were handled with compassion and delivered in a way that as an audience member, I did not want to look away.

It would be wrong of me to give away any elements of the stories told, as I encourage you to go along and see this production, so that you can experience this absorbing piece of physical theatre.

Ad Infinitum - you have lovingly crafted a wonderful piece of theatre you can be proud of and I hope that this can reach a wider audience.

To book to see Extraordinary Wall of Silence at HOME, Manchester go to https://homemcr.org/checkout/?pid=365745 The shows runs until Saturday 22nd February 2020. 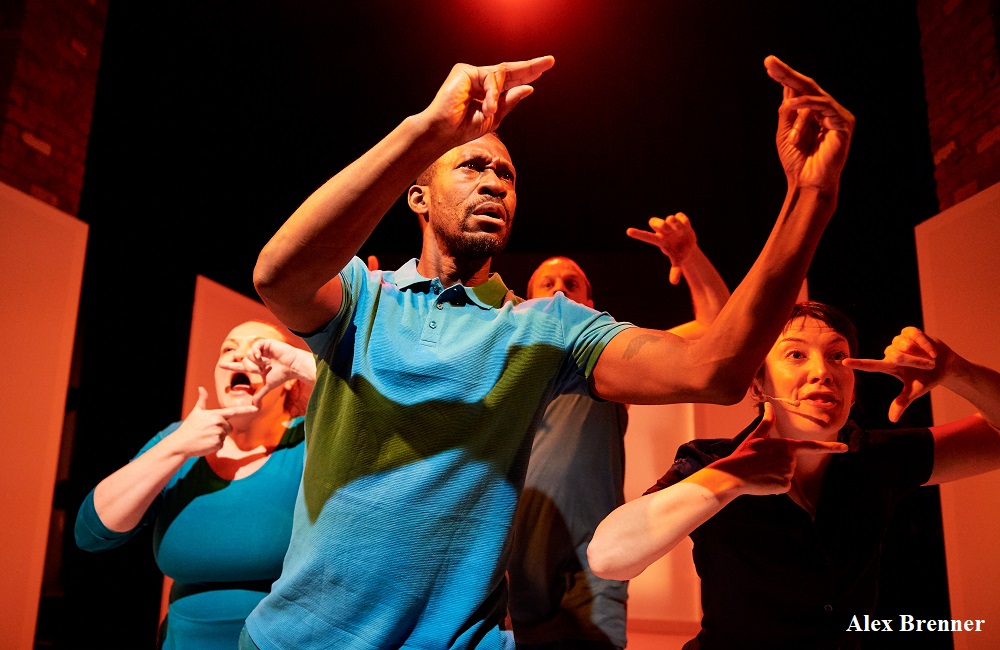