Spice Up Your Life - Middleton Arena

The Spice Girls are the most successful girl group of all time. Whether you like them or not Scary, Baby, Ginger, Posh and Sporty are names that we’re all familiar with. Therefore, it seems that the group is iconic enough to have a tribute act. However, ‘Spice Up Your Life’ fail on almost every aspect.

‘If U Can’t Dance’ opens the show, a rather ironic choice as only Scary can dance. The rest look like they’re trying to keep up at an aerobics class. It is pretty clear that the tribute act is copying a tour performance, as the screens on the sides show us the real Spice Girls performing the song. This song also contains a verse sung in Spanish by Geri Halliwell. However, the Ginger in Spice Up Your Life made no effort to learn it, so all we hear is the original played while the girls spin around in circles on stage. I found this extremely lazy.

The set is quite possibly the best thing about this production. The word Spice is spelled out in five large letters across the stage. There’s also a balcony-like area, so the girls can perform on two levels. 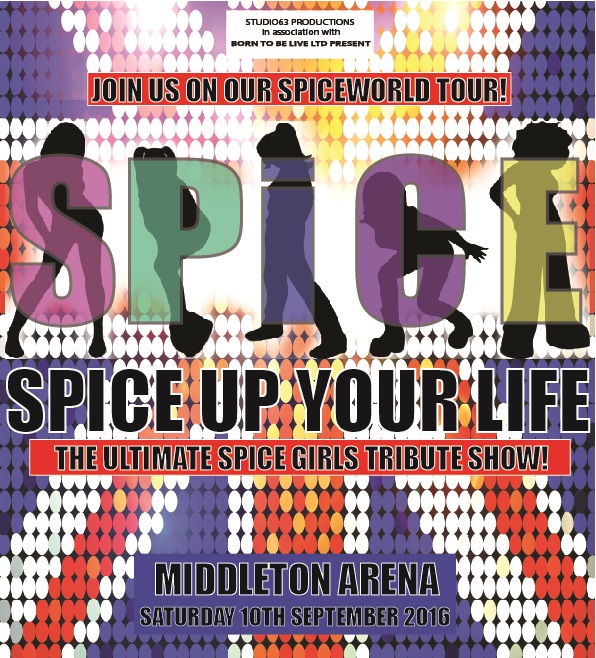 As the show continues with ‘Spice Up Your Life’ and ‘Wannabe’, it becomes cheaper and tackier by the second. The outfits have clearly been purchased a discount chain store. Baby and Posh have dresses so short that their genitalia is almost on show.

Probably the biggest issue about this show is the absolute lack of harmonies. We all know the Spice Girls weren’t the greatest singers, but their songs were always produced with some level of vocal quality. Here all we got were five middle aged women shouting down the microphones, with no attempt to blend and complement each other.

It is also very evident that there was a lack of preparation for this performance. On numerous occasions throughout the evening some of the girls messed up their dance moves and forgot the words to the songs.

The show was also plagued with technical errors from beginning to end. The levels on the microphones were not set to the appropriate levels, which leads me to believe there was no sound check done prior to the performance. Also, the speakers seemed to make booming and popping sounds randomly throughout the night. The beginning of ‘Saturday Night Divas’ was entirely messed up. Thankfully Baby was there to save the day, as the rest looked like they hadn’t a clue what was going on.

Spice Up Your Life would probably have more success at places like Butlins, where cheap and tacky tribute acts belong. There was a bit of a mixed crowd response tonight, there were quite a few early leavers, and those who loved it seemed highly intoxicated.