'Is there anybody out there wanna lend a hand to my one man band'. Leo Sayer is not disappointing in his recent tour performing classic hits from his long career which goes all the way back to 1974. Leo opened the show with 'Moonlighting' and 'The show must go on'. Both of which are two of my favourites and definitely went down well with the crowd who were already on their feet and participating after only minutes.

Currently Leo resides in Australia and told us Britain is very close to his heart and he looks forward to touring in Britain and the USA just as much as we enjoy having him. We heard a variety of songs from his first album 'Silverbird' recorded in 1974 all the way to present time with his new album 'restless years' and without giving too much away is firmly stuck to the theme of getting older which a lot of his older audience members who have watched his career grow from the start can relate to.

This tour is certainly not the work of a one man band however as Leo has such a fantastic team behind him, including his support artist: Michael Armstrong. Michael is such a talented, mature performer who I think influenced many in the audience. What was different about him and other artists is that he told us stories about his life between songs that were very relevant. He told us about his children and his journey into being a singer/songwriter. We were also introduced to his bear 'JB' who accompanies Michael on tour both wearing flawless silver shoes. Michael has a very versatile, husky voice and definitely stands out as a unique artist. His song writing skills are very clever and have clear messages while giving youth urge to jump out of your chair. As a musician he is certainly very talented and played different instruments for each song he performed and with nobody else on the stage, it is definitely apparent that he's been working with music since he was 12 years old.

Leo also had a great team to back him up while he was on stage. The band were fantastic and really backed Leo completing the show. I could tell that the band and Leo have a genuine friendship off stage and this became obvious on stage and was nice to watch. One particular man was 'Ronnie Johnson' who was on the guitar and Leo explained about how their relationship has spammed a huge majority of each other’s careers, musically they were both stunning to watch and listen to. Other band members included: Dave Troke, Rob Taggart and Elliott Henshaw. All of which had fun on that stage and deserved to be up there. Each of them have already had fantastic careers and worked with huge stars in the music industry.

I imagine Leo's new album will be a huge success in the UK, USA and Australia because of the fantastic words and morals about life and later life. I'm certainly convinced and would definitely recommend a visit to one of the tour venues to witness this tremendous show. It really was a treat to watch such a talented artist who most certainly makes me feel like dancing. 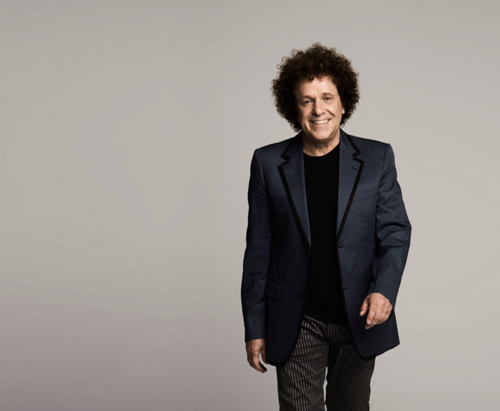