The wonderful Art Deco Plaza Theatre at Stockport is the venue tonight for singer Tony Christie who has embarked on a tour of the country to celebrate his 50 years in the music industry.

On stage first are Ranagri, a contemporary folk band comprising of four musicians, Jean Kelly (Harp, backing vocals), Eliza Marshall (Flute, backing vocals), Donal Rogers (Guitar and vocals) and Joe Danks (Bodhrán, guitar, backing vocals). They are accompanying Tony Christie throughout the tour and feature on a recently released album which he recorded with them, 'The Great Irish Songbook'. They relate as to how the band name came about, it's actually taken from a small farmland area between the Wicklow Mountains and Co. Carlow in Ireland called Rathnagrew (pronounced Ran-ag-rye) the family home of Donal. They begin with a song called 'Fort of the Hare' before Tony Christie joins them on stage. Marshall on flute gave a great performance and added that typical sound associated with Irish Folk music. 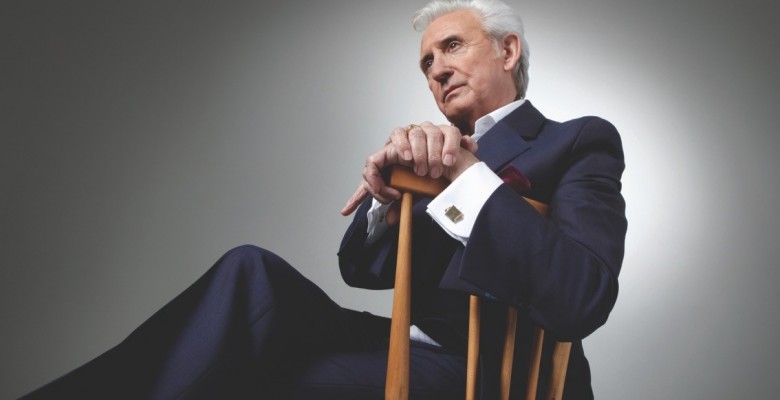 Claiming Irish roots Christie performs the ballads 'She Moved Through The Fair', 'Star of The County Down', Spancil Hill', and 'On Raglan Road' with the band before Danks gives a demonstration on the bodhran, which won him the title of 'International Bodhrán Soloist of the Year 2016'. He has only recently joined the band and fits right in. I particularly liked his voice on backing vocals and would have liked to hear more of him. There followed another Irish song 'Will Ye Go Lassie Go' after which Christie left the stage and Ranagri continued with more songs including 'The Bogeyman' and 'The Wrong Direction' leading to the interval. Ranagri are a personable band and in between songs give snippets of information either about themselves or the songs, Kelly has an amusing tale of how in Germany she was introduced as 'The Harpoonist!'   I did find the first half of the show slow and at times song choices melancholy. Christie mentions the album many times which just happened to be available to buy in the foyer.

After the interval Christie returned to the stage supported by a seven piece band with keyboards, drums, two on brass and three guitarists (including Donal Rogers from Ranagri). For much of the evening from our seats seven rows from the front, the band sounded too loud and Christie’s voice was drowned out.

Christie tells of how his first single 'Life's Too Good To Waste' was released in 1966 but failed to chart. His big break came in 1971 with the release of 'Las Vegas' a song which had originally been offered to Tom Jones and which goes down well with the audience tonight. He continues with a song taken from one of his albums of the same name 'Now Is The Time' and followed with 'The Key of U' also from the album. There follows songs recorded by other artists which included Sammy Davis Jnr's hit 'Mr Bojangeles'.

Usually by now the audience would be singing along but this was not in evidence yet, maybe the choice of songs or due to the generation. Even when he performs popular 'Avenues and Alleyways' and ' I Did What I Did For Maria' there were only a few fans at the front who began to arm sway and sing along. I thought this would have been the perfect opportunity for Christie to connect to the audience and encourage joining in but maybe this is just not his style. There was very little warmth I felt towards the audience for the whole evening, Christie rarely acknowledged applause after each song and just continued with the next song. He didn't use the stage, he shared 'in' jokes with his band and although told in jest, I detected slight bitterness, that several of the songs he had recorded had greater success with other artists who also recorded them. He also plugged his latest triple album '50 Golden Greats' along with 'The Great Irish Songbook' at every opportunity. An occasional mention is acceptable, constant referral irritated after a while.

My favourite song of the evening was his also the penultimate song of the evening, an Andy Williams classic 'Solitaire' before an encore which just had to be the iconic 'Is this The Way To Amarillo', a top twenty hit for Christie in 1971 which was revived by comedian Peter Kay in 2005 for the comic relief show when Kay mimed to the record. It soared to the top of the charts and remained there for seven weeks. (No mention was made of this) This song brought half of the audience to their feet, a mixed response. I'm sure his diehard fans will disagree with me and had a great evening and will continue to support the show, for me it felt flat and I was disappointed.

The tour continues and for more information: http://www.tonychristie.com/#services