It is 27 years since Vonda Shepard released her first album and nearly 22 years since she first appealed to the hearts of millions as the bar-room singer in TV’s Ally McBeal. Whilst it is obvious she has come a long way since those early days on a personal level and as an artist, Shepard showed tonight that her new material is still strongly from the heart and still rooted in the soulful soft rock tones that made her famous all those years ago.

The evening starts with two songs from her latest album Rookie which capture Shepard’s ability to take us on a journey lyrically, punching straight from the heart. She is warm and inviting, making a connection with her audience instantly, as she exudes the playful and friendly manner that she did in the TV series with that all too familiar smile and gaze over one shoulder from her spot at the grand piano. Supported by her exceptional band, Shepard’s new music is soulful, sentimental and thought provoking, particularly Walk On The Water which strikes me as Shepard reflecting back on her career post Ally McBeal as she talks of fame “fading like a cheap photograph” and how she has “climbed a mountain” and “doesn’t need to look any harder”. It is entirely possibly here that Shepard is talking about being known as an artist in her own right, out of the shadow of that legal drama. Yet, here tonight it is obvious that the audience is here to see classic Vonda and it is not long before she delivers some of her favourites from the McBeal years with Walk away Renee in particular resonating with the crowd. 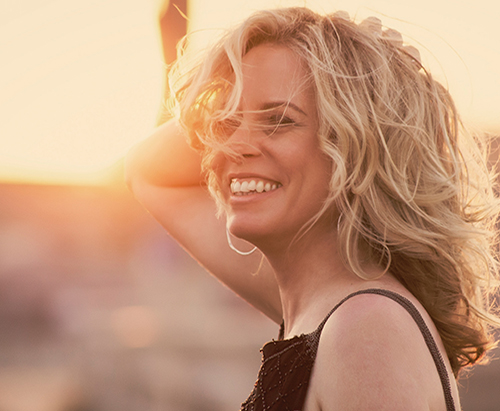 There is, in fact, a perfect balance between old and new in her set list tonight, but despite this there are still a few enthusiastic fans in the audience who are not afraid to shout out their own requests. Remarkably, Shepard obliges and a short rendition of Cross to Bare is performed to the delight of the young man who requested it and the rest of the audience alike. It is short because it is so long since she has played it and the lyrics at times avail her, not that this matters as it is clear here that we see the real warmth and heart of the woman behind the lyrics as she wants to make this concert personal to her fans and recognises the way her songs have touched so many this evening. It is with Sweet Inspiration though that we finally get to see the true powerhouse of her voice with a passionate and faultless vocal delivery, truly leaving you in awe and bringing a number of people to their feet. Soon after, it is time for the finale, which of course is Searching My Soul, the theme to Ally McBeal and now Shepard asks her audience to all stand to clap and dance – and of course we are all happy to oblige. Shepard’s energy this evening has been infectious and it is not surprising that for one of her encore performances she leaves the piano to stand centre stage armed with tambourine for a killer rendition of Tell Him much to the delight of this audience.

Before the concert can end another fan requests a song and Shepard will once again oblige with a beautiful off-the-cuff rendition of Hooked on a Feeling which makes a lot of fans very happy and once again shows the sincerity and passion of this musician who tonight has made it clear how she values her fans. The final song – an acoustic version of Dusty Springfield’s I Only Want To Be With You is the perfect, moving and sentimental end to a night of great music performed by excellent musicians. I feel at this point it is also worth mentioning the superb support act, Michael Keithson, who set the tone beautifully for the evening with his short set, which also spoke very much from the heart – he is definitely a name to watch, a very talented song writer and accomplished pianist who sang with hauntingly good vocals.

Tonight has been about Vonda, her fans and her touching and earnest songwriting – and she didn’t disappoint. She delivered a set list which balanced the classic and new allowing her audience to go on a journey through over 25 years of making music. It was clear to all that Vonda Shepard continues to speak from her heart and mind, whilst touching ours and I very much hope to see her again on her next visit to the UK.