It is often the sad case that winners of TV talent shows are only famous or known for the duration of their recording contracts but some achieve success thereafter and establish a place in their fans’ memories and hearts no matter what.

A young man who has had his own struggles in life - including Kidney cancer at a very young age (announced publically in 2012) - Winner of the 2010 XFactor series, Matt Cardle was the headline act and ticket-selling name for last night’s ‘Intimate and Live’ charity concert in aid of Cancer Research UK’s Shining Stars campaign in The Lowry’s Quays Theatre.

With treats of talented artists before he made his long-awaited appearance, the three super support acts came in the form of Leek-based Dominic Morgan who performed a few original tracks - as featured on his ‘A Brew To Think Things Through’ EP currently available - before confirming the audience’s suspicions that one of his influences had to be Ed Sheeran by performing his version of Thinking Out Loud’ to finish his set. ‘

Compered by Andy from Of The Edge Productions, the decision to have lengthy breaks, supposedly of 10 minutes, between each act to show a PowerPoint and ‘encourage’ attendees to buy programmes and raffle tickets to raise funds for the deserving cause was not welcomed by many, especially when the ‘seller’s were doing so during Dom ‘s performance. Luckily, even if he was, he showed no sign or nervousness.

A better songwriter than timekeeper, Andy must have had a sense of pride when the strong soundings of Stalybridge’s Bethany Heywood performed one of his penned tracks, before getting the audience singing along to Queen’s ‘Somebody To Love’ and leaving them in awe with the mind-blowing ‘I’m Telling You’ from the musical Dreamgirls.

The last of the support acts, before the longest of the breaks, were duo Bones from Audenshaw whose set reached its climax when the pair showed chemistry with the last two songs of their set; 'Ayva’ and the title track from their recently-released EP ‘Plasticine’.

Then came the impatience of the audience who had waited long enough to see the man they admired perform, some apparently travelling from as far as Oklahoma, Wales and Cambridge (one of Matt’s school friends). The five-prize raffle that had been drawn at the end of the show (approaching 11pm) could have easily stalled whatever problem was holding up the proceedings.

Eventually Cardle entered the stage to thunderous applause and didn’t fail to impress and exceed expectations of those who have followed him through his career so far. Highlights of the journey through his 4 albums include ‘The First Time Ever I Saw Your Face’, ‘Empire’, ‘Don’t Hold On’ and newly-written ‘Hallelujah’ in which he expresses his relief of finding a drug to ease his pain - making it clear prior that he doesn’t promote drug use.

With the ‘four-octave’ range that he showcased throughout the process on TV, he fought through the remnants of a cold with the help of Honey and Lemon and his MD/Producer/Accompanist Paul Bullen.

Overall, an awkward night held up by the talent of all of the acts shining through, with the hope that a lot of money was raised for the extremely worthy cause of which it supported. Matt certainly didn’t disappoint, proving that when acts are quiet, they are really quite busy perfecting their albums. His Album is due out in the Summer. 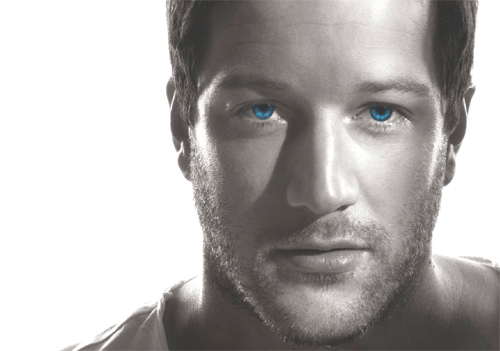