I’ve always known the Kaiser Chiefs have had a sense of humour, but for them to start a quarantine concert with ‘Everyday I love you less and less’ made my Saturday evening, 10 weeks into lockdown!

As part of the Royal Albert Home series, the Kaiser Chiefs were this evenings artists. I’d originally thought this series was of pre-recorded events from the Royal Albert Hall archives, so imagine my surprise when Ricky Wilson appeared, in a suit, in his dining room, with the other band members (Simon Rix, Andrew White, Nick Baines and Vijay Mistry) in their respective homes. 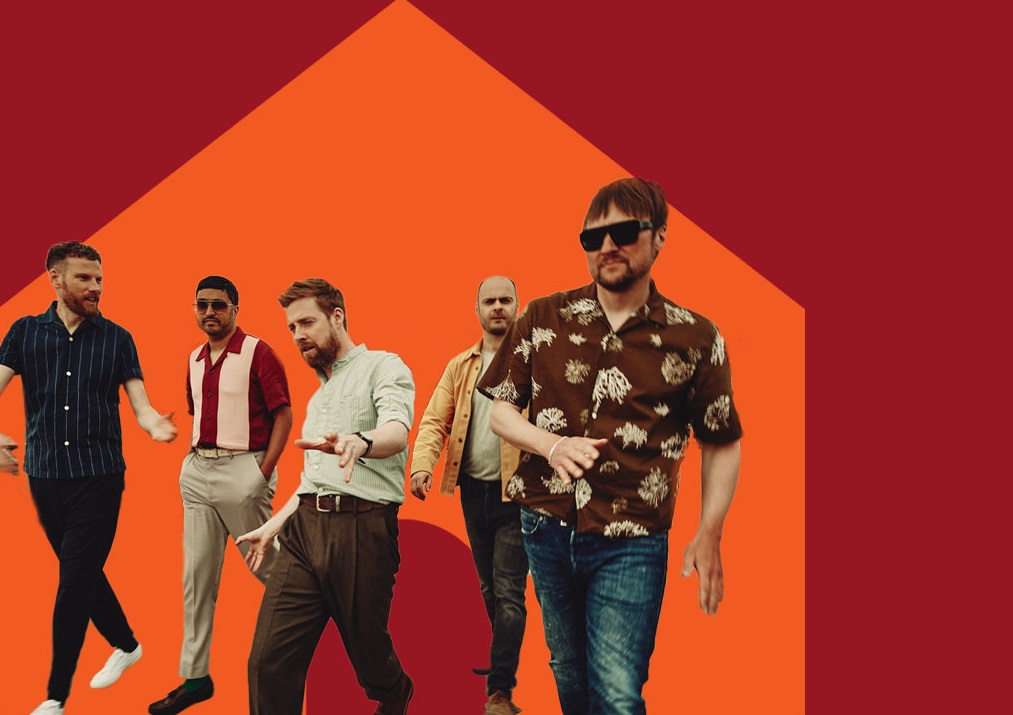 A lot of effort had clearly been put into the performance, not just from the outfits, but the production side too. Not only did we have the five band members on screen – there were also effects too… festival crowds, 50s TV audiences and birds to name but a few. It was well rehearsed, well put together and the time flew watching the four of them still enjoying themselves whilst performing, 20 years down the line and still with the same energy too! It was truly a masterclass in performance from all five of them and a fantastic way to spend a Saturday evening!

Overall, they performed seven songs, with a couple from the latest album, a few from the middle years and they ended with classics, namely ‘I predict a riot’ (which was also very apt for the current climate) before ended with ‘Ruby’. It may have only been a half hour concert, but the time flew and it’s available on demand on the Royal Albert Hall website! I know I’ll be watching it a fair few times over the next few weeks! There’s also information on the website for how to donate to the Royal Albert Hall, in order to keep it going once we come out of this pandemic!