Diverso sounds like it should be some shape-shifting Marvel comic-book hero. But it’s the name of a young Polish string quartet, who are making a reputation for themselves playing a, yes, diverse repertoire, as their concert at the RNCM tonight demonstrated.

The programme used two stalwarts of the repertoire – Beethoven’s Op 18 No. 4 and Brahms’s Op 51 No 1 – to bookend the challenging and fiercely modern ‘Officium Breve’ by the Hungarian composer György Kurtág. This was, by any standards, a tough and varied set of quartets, but Diverso were clearly up for it.

In the intimate setting of the RNCM’s Carole Nash Recital Room, the group emerged looking rather glamorous, especially violinist Dagmara Foryś in a gravity defying ball gown. Apart from cellist Zofia Łodygowska, the group play standing, and this seems to add dynamism to their work. They are animated and busy as they perform.

The Beethoven was launched with admirable gusto, the ‘allegro ma non tanto’ marking in the first movement being observed scrupulously, and full dramatic value being accorded to the jagged unison chords that characterise the first movement. The jaunty tunes of the second movement provided a contrast, but also allowed the group to show how adept they were at the complex business of interweaving their parts, with violinist Marcin Ostrowski’s sweet tone particularly prominent. What the programme note aptly calls the ‘dark urgency’ of the piece returns in the third movement, which was captured perfectly here in playing that had resonance and depth. The gypsy rhythms of the fourth movement rondo were played with real freedom and enjoyment, bringing this marvellous piece to a satisfying end. 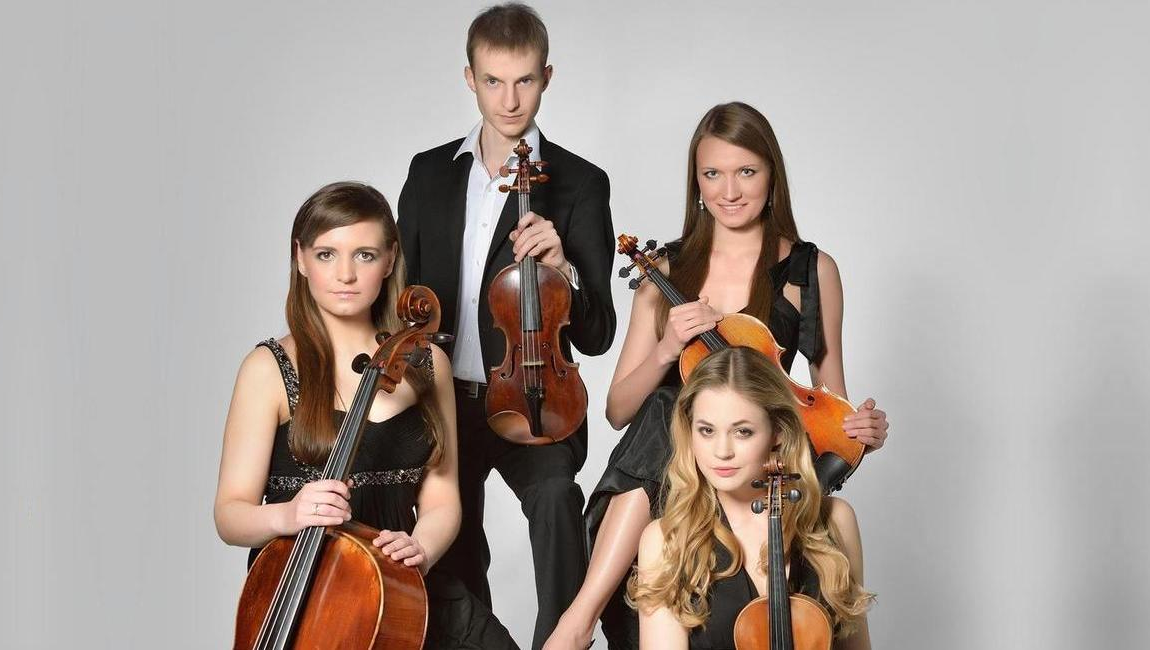 Kurtág’s ‘Officium breve in memoriam Andreae Szervánszky’ is demanding and complex in a severe modern idiom. First performed in 1989, it encapsulates the composer’s trademark compression by presenting fifteen very short movements in a piece lasting barely twelve minutes in total. The brevity of each section, some only seconds in duration, means that each really contains one idea, in what one critic has called a ‘hyper-intensification of the moment.’ And intensity is certainly the key here. The players showed enormous concentration as they grappled with this challenging work. In places exploding into dissonance, elsewhere relapsing almost into silence, the complexities of the strange sound world here were really well-handled by all of the group, particularly Magdalena Krawczuk on viola.

After a well-earned interval, it was back to more familiar territory with Brahms. The bold and urgent opening, with pulsating cello and viola is soon replaced by a lyrical passage, allowing Dagmara Foryś to show her mettle. The group coped with the demands of the alternating shades of light and dark well, evoking a mood of contemplative melancholy in the second and third movements, and playing with real fluidity and grace. The fourth movement was delivered with vigorous, muscular playing, in which the intricate cross-rhythms were particularly noticeable.

This is Diverso’s third concert at the RNCM, and they are obviously an exciting group with great potential, and from whom there is clearly much more to come. This recital was given as part of their work on the RNCM’s International Artist Diploma, a postgraduate scheme designed for artists on the cusp of an international career. I think they’ll pass.