The Ensemble L'Imaginaire is a group of four dedicated and specialist musicians based in Strasbourg, who specialise in working with contemporary composers and new writing for quartets. They are currently on tour and came to Manchester this afternoon with a programme of music by Swansea born composer Richard Barrett.

There are four members of the ensemble; they are Keiko Murakami, Philippe Koerper, Maxime Springer and Adam Starkie. There were four pieces in today's concert, and all four were solo pieces for different instruments and so the four took it in turn to play a piece each.

First was Maxime Springer on the piano, and his piece was entitled, 'The Light Gleams An Instant', and the piece takes its title and inspiration from Beckett's 'Waiting For Godot' and the line "They give birth astride of a grave, the light gleams an instant, then it's night once more." 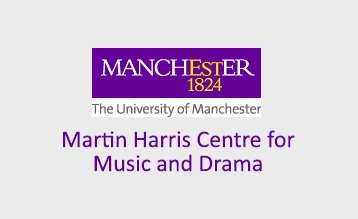 Second was Philippe Koerper on soprano saxophone with a piece which defies description. Entitled 'Fold' it was fast and furious with multifarious strange noises coming from the instrument. I heard what sounded like taxi klaxons, elephants trumpeting, babies being strangled, screaming and screeching, telephones ringing and even a snake charmer.

To follow this was a slower and somewhat quieter piece on the flute by Keiko Murakami, called Dying Words II. This time one could understand the title from the music as the flautist was required to vocalise some of the sounds through the flute too. Interesting.

To finish, it was Adam Starkie's turn, and he had the task of coordinating a contrabass clarinet and a bass drum as well as providing some extreme and wonderful vocals. Ranging from high pitched falsetto to low gurgling and I think the language was Latin. It was actually quite hilarious although I am not sure that was the reaction the composer wanted!

The concert lasted just 45 minutes, and then there was a short break before the ensemble came back to give a public workshop with three of the university's student composers. the ensemble played the three compositions and gave feedback to the students so that they may work further on the piece or develop their ideas for other projects. These works were 'Shadow Filter' by Elisabeth Ditmanson, 'Evolve' by James Keirle, and 'Oysters' by Rob Corrin.

L'Ensemble L'Imaginaire were excellent, and their workshop was such a fantastic idea and showed real support and encouragement to the young student composers. I have to admit that the music really was not my cup of tea at all, but if you don't go, you don't know; and one must always keep stretching oneself.

If contemporary classical chamber music is your thing, then I guarantee you couldn't find finer!