The Wizard of Oz at the St Helens Theatre Royal is visually one of the most stunning pantos - or even shows - that I have ever seen. The cloth at the beginning showing the name of the show was a piece of art in itself, and all throughout the performance the scenery, costumes and effects stole the show! It’s not often that I feel the need to gush about the scene changes, but they were smooth, and seamless, despite the sets being so elaborate. The dancers were amazing, with strong choreography from Sarah Walker.

That said, the rest of the show was… okay. Don’t get me wrong, it wasn’t bad, by any stretch of the imagination, but the script and dialogue was a little flat, and yet full of very bizarre fever-dream-type concepts that didn’t make a whole lot of sense. For example, the clever, but utterly pointless and completely random UV scene with the bears. It was interesting, but served no purpose, said nothing of the story and was as if some performers had accidentally wandered in from a different show. There was no context at all. 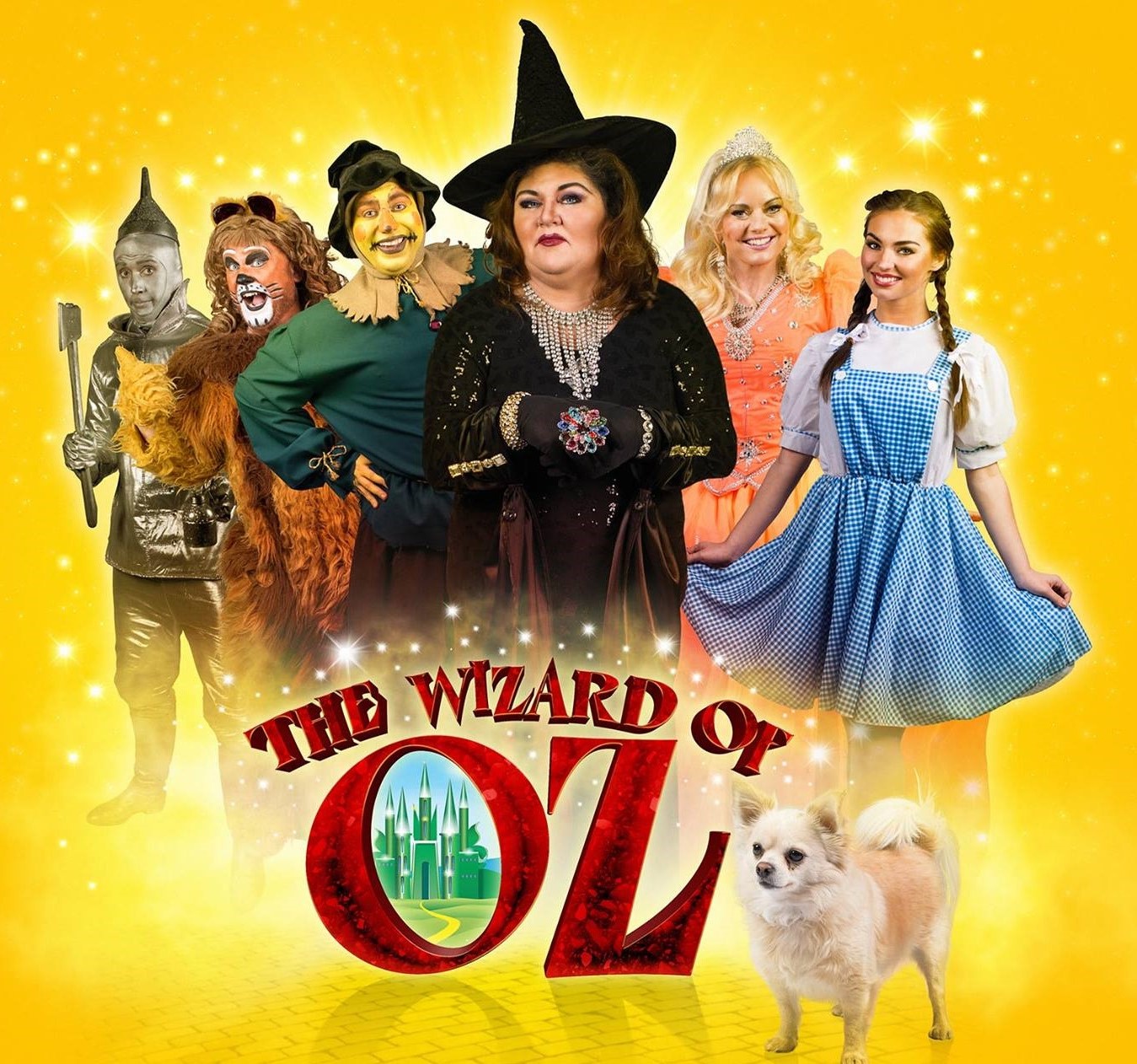 As for the leads, Charlotte Gallagher, as Dorothy was technically brilliant in every way, with a stunning voice but I didn’t find myself warming to her as much as I would have liked. Simon Foster, as the Cowardly Lion was a lot of fun, but I can’t help but feel that there could have been more opportunities for comedy with his character. Phillip McGuiness, as the Tin Man, was physically very impressive in his movements, however I was slightly put off by the robotic voice. Liam Mellor as the scarecrow was certainly the character with the most stage presence and charisma! As for the two witches, Claire Simmo was very sweet as Glinda but seemed to be lacking some magic and Cheryl Ferguson was good as The Wicked Witch of the West, Eva, but at times felt a little awkward and lacklustre.

For a pantomime, it was quite bizarre. Some of the classic pantomime tropes (“Oh no it isn’t” “Oh yes it is”, “He’s behind you” etc) felt as though they had been shoe-horned in at the last minute and perhaps a little too much. Hickory (played by Liam Mellor/The Scarecrow) started a call and response “How are we?” “Cracking!” which ended up appearing twice during the whole show and seemed to have been forgotten.

There was some interesting use of projection, for the twister scene, but it seemed a little long winded (excuse the pun) and the change of screen size half way through was a little off-putting.

The songs were executed brilliantly, but the lead into them was a little stilted and obvious, however the children that accompanied me to the show were most excited at the appearance of some songs from The Wiz and Wicked - certainly crowd pleasers.

The funniest moment of the show came accidentally when the Lion called The Wicked Witch of the West “Heather”, after her Eastenders character and the cast cracked up as the penny dropped for Simon as to why they named the character Eva. Those level of laughs throughout would have been perfect!

There was one pretty inspired moment when Lion, Scarecrow and Tin Man came onto the stage dressed as the Avengers, with Scarecrow as Captain America, Tin Man playing Iron Man, (of course!) and The Lion as Thor - complete with full head of luscious hair! It was the perfect example of the company’s creativity in context.

Over all, it was a fun show, with beautiful visuals and great songs and the children seemed to enjoy it, but it was certainly missing something, either in the script or on the page. Perhaps they could ask the Wizard for it and find it was there all along?