The Players' Youth production of Cinderella is one of the best pantomimes I have ever seen – oh yes it is!

This panto has all the traditional elements that you expect: a singalong, plenty of audience participation, lots of "oh no you're not" and "behind you" but it also has a cheeky youthful aspect to it which is refreshing and absolutely hilarious.

Adam Gibson as Buttons is absolutely perfect casting. He is so at ease in this role and it must be quite challenging as you have to communicate with and encourage the audience. He did this with consummate professionalism and the part could have been made for him. I suspect there were more than a few ad libs which he came out with extremely naturally. Nothing phased him! Even occasional hiccups were dealt with smoothly and added to the delight of the evening. His facial expressions, looks directed at the audience and comedy timing are excellent and this kind of role suits him down to the ground. He really does have the 'panto patter' off to a tee and is an excellent link to the audience. He had us all joining in and shouting loudly within about ten seconds of being on stage – just what you want in a panto. When children were encouraged to come up to sing along, Adam was fantastic: this is a section where anything could happen but he was welcoming and friendly and chatted to them with ease. He was ably assisted by Champ, the pantomime horse (who is quite a character in his own right – played by Ellie Byrne and Anamika Chow). 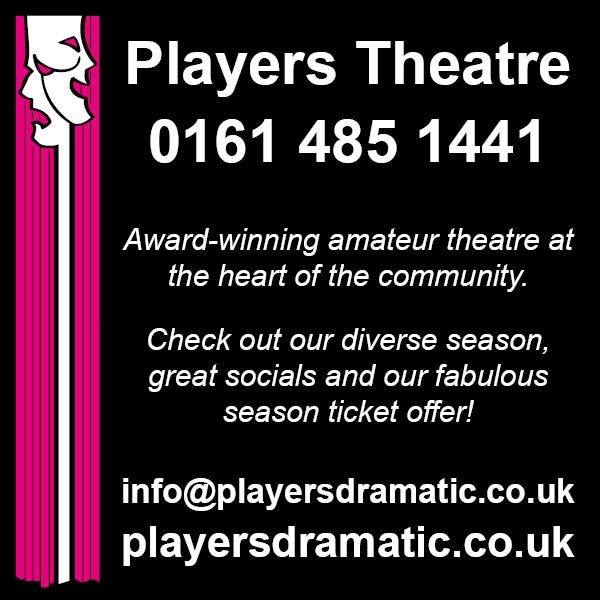 What would Cinderella be without two ugly sisters - Beryl and Cheryl (James Schilling and Izzy Ekgren) - and these two were another example of genius casting. Complete with scouse brows and large moles, they almost stole the show, particularly James with his very oversized bosom and absolutely marvellous intonation, timing and delivery. He is completely at home in this comedy role. Both he and Izzy had the audience in stitches every moment they were on stage.

Every single cast member made this show so very memorable. Harry Bailey as the downtrodden Baron Hardup made the line "what a woman!" completely his own, much to the delight of the audience. When he and Buttons shared a scene, it was like straight man and funny man and they were excellent together.

One observation I would make is that during the dance scene with Buttons and Cinderella (excellently choreographed and performed), it could benefit from louder music. The keyboard was just a little bit too quiet and didn't give the dancing quite enough support.

Tonight's audience was made up of mostly adults (I only spotted a handful of children) but we were all thoroughly entertained and I can't remember laughing so much during a show for ages. When I wasn't laughing I had a beaming smile on my face. Although the cast are aged 12-18, the humour and the way they perform it is so expertly done, I think it would be wasted on an audience which was made up of mainly children. That isn't to say that there isn't plenty in there for children to enjoy but there's also a lot to keep the grown-ups fully entertained from start to finish.

Cinderella was played charmingly (no pun intended) by Sarah Morgan. The role of Cinders isn't one that has a lot of funny lines or humour but she played it very well and with a few ad libs. Like Buttons, she handled the occasional hiccup professionally and took it all in her stride. Plus she got to wear the nicest dress at the ball!

A special mention needs to go to Toby Metcalf and Li Chow as Snitch and Snatch. What a fabulous little comedy duo they are! The comedy emanating from them was amazing and they won the audience over straight away.

Warm and hearty congratulations to everyone involved in this absolutely lovely show. The set and costumes are of the high standard that the Players' Theatre always maintain. All the cast played their roles wonderfully and made the evening a thoroughly enjoyable and memorable experience. It was immediate, warm and immersive, involving the audience at all stages. This is local theatre at its very finest. Oh yes it is!