If you are looking for something a little different this Christmas, Liverpool’s Royal Court present “The Scouse Cinderella” with the tagline ‘deffo not for kids’ and this couldn’t be more true as they twist the well-known fairy tale into something a bit more vulgar and ludicrous to delight lots of Scousers during this merry season.

The Scouse Cinderella has cleverly made use of local topics to create something engaging for their target audience. The storyline revolves around the mayor’s wishes to sell Liverpool woods to Lil Redrowding Homes which reflects the cities current issue of public parkland being sold off for property development.

The Mayor, played by Keddy Sutton, made a huge impact with the audience when he made his grand entrance, however, for someone who isn’t familiar with local politics, this impact was lost. Nonetheless the show’s overall production was highly entertaining with some beautiful vocals from Michael Fletcher as Buttons, 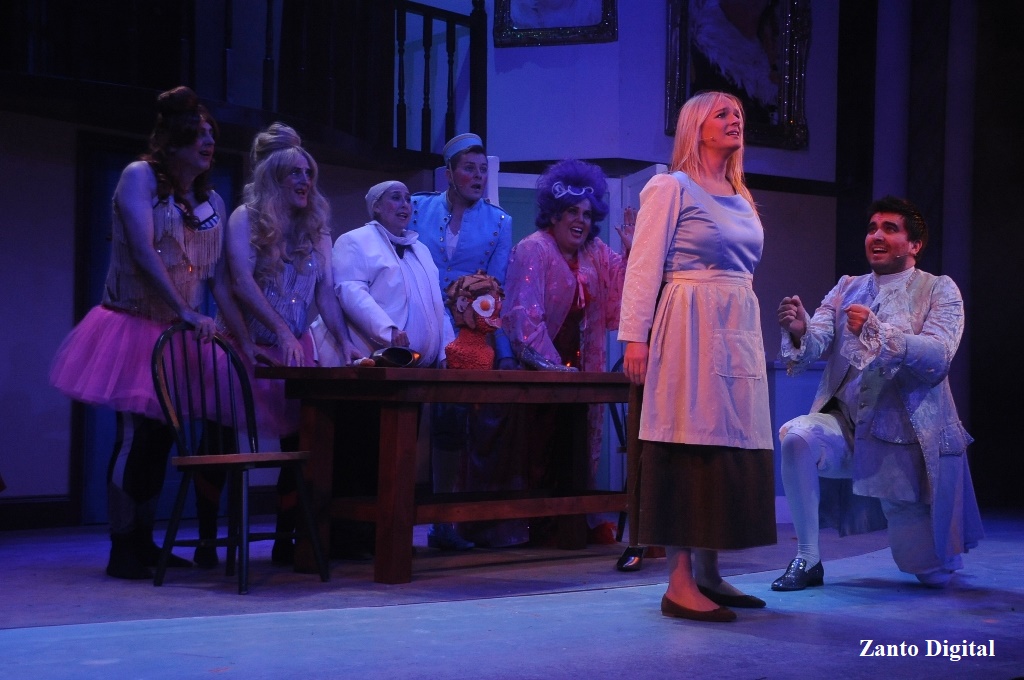 Stephen Fletcher as Peter Prince and Hayley Sheen as Cinderella. Paul Duckworth and Andrew Schofield played the comedy duo ‘Choo’ & ‘Brook’ who weren’t afraid to go close to the bone with their brash one-liners and hilarious interactions. Lindzi Germain who is a household name, looked completely at home on the stage playing both the Fairly Goodmother and Lillian Redrowding. She was fun, fabulous and fearless as she belted out some big numbers in a dame like fashion and broke the fourth wall to create something quite alternative to the norm. The cast was complete with Eva McKenna who played ‘Katy’ a member of stage management whose input is genius in creating some dynamic funny moments that surprise the audience.

I found that the less ‘panto’ this show was, the more I enjoyed it and the singsong of ‘Santa Claus is Coming To Town’ had a marmite effect on the full adult audience. However the show does exactly what is says on the tin by combining Liverpool humour and pantomime. This show is not for a younger generation, not only because of the adult content but also due to the amount of historic and political knowledge required to enjoy the full storyline and all of its comedy. 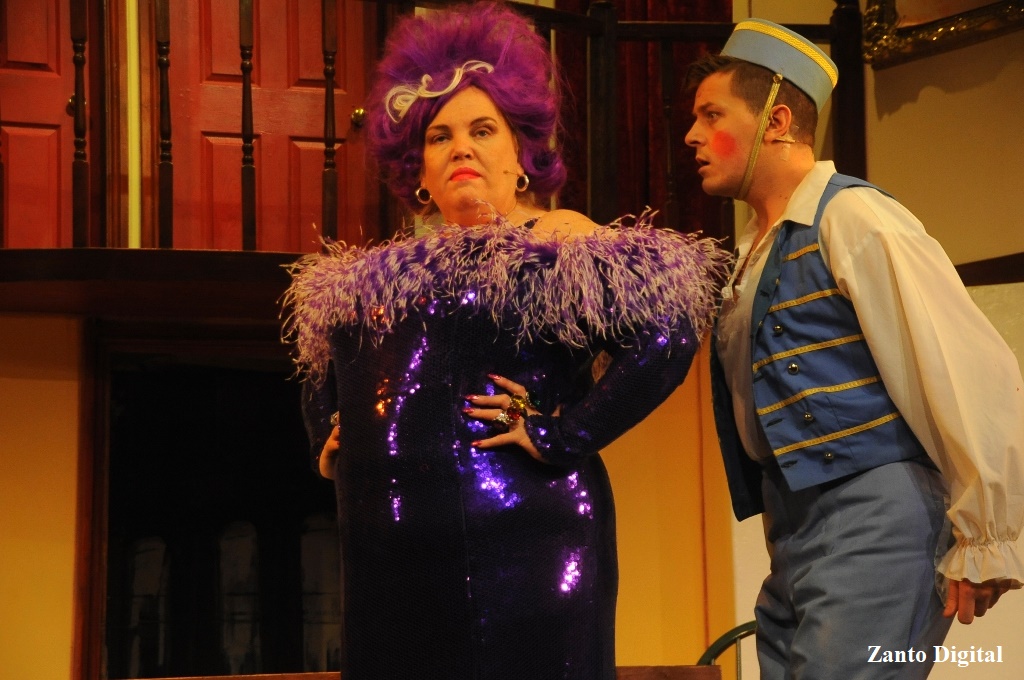 There were a number of standout scenes including one which saw graphic visuals of a trip around the world alongside a ‘baby you can drive my car’ routine. Although the visuals were somewhat random, it was visually very stimulating and made a great finish to the first act. Similarly ‘Choo’ and ‘Brook’ made a huge impact with their twelve days of Christmas song with the help of Buttons. This had the audience in stitches and the gradual build of the scene ensured that everyone was clapping, and cheering, to the point where they couldn’t help but join in by the end. Upmost credit must go to the Set design team who created something very special and magical. This impressive, revolving set was utilised excellently during the scene were everything goes wrong and the cast pick up the pace so that the audience don’t have time to even process the amount of hilarity that is unfolding.

This ‘Cinderella’ is not quite the ‘family pantomime’ you’d expect to see this time of year but what the Royal Court have created is a silly, fun and fabulous night out for Scousers with their nearest and dearest this Christmas.