Such a fun show to watch! Alice and Wonderland the Panto at Blackpool Grand Theatre really shows the talent of all the young performing arts students of Blackpool. The storyline of Alice and Wonderland was well portrayed throughout the Panto journey and brought fun and laughter to all the children in the audience. The show is well put together and is aimed at an audience of families and children but I felt that the younger children were more involved and participated in parts. In my opinion the second act was much better than the first despite the minor technical and set difficulties throughout the show that never stopped the professionalism of the cast performing.

Putting on a show with such a large young ensemble/cast is very difficult and it was shown throughout the performance. As much as the children showed their wonderful talents such as, dance styles, gymnastics and even contortion from young children, it was cute but lost track and wasn’t always necessary in the story all the time. The first big dance that the whole cast took part in felt like it lasted forever and was very repeated but it was also a nice chance to see the whole cast working together as their introduction to the stage even though it was a bit cramped. 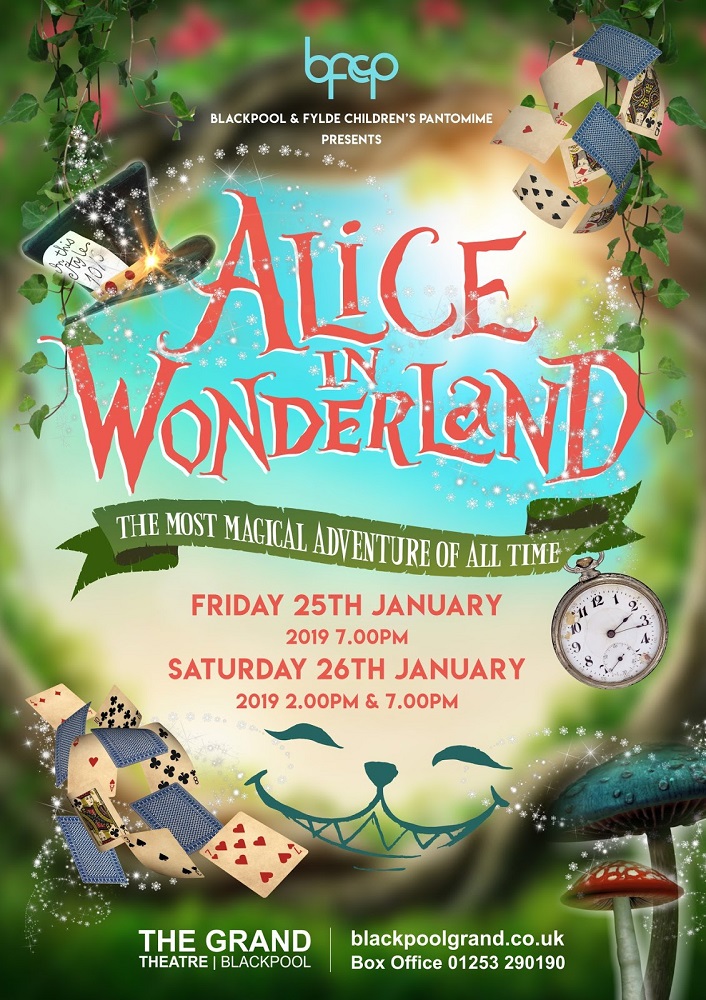 The principle characters did really well and surprised me especially with the age of the cast! Alice did particularly well engaging with the audience and bringing a really fun and bright side to her character. Her confidence and style really livened the show and brought a smile to people's faces every time she walked on stage. Poppins the bunny really did well running about in the big fluffy costume working up a sweat! I can imagine how hot she got. Her character was cute and stressy but a very helpful friend to Alice and helped her through her journey with a few cheerful dances and a well-executed song from herself. My favourite character of all has to be the Mad Hatter who captured the full attention of the audience and made everything feel so lively and full. Emilia Jurin who played Mad Hatter really vocally entertained the audience belting out those big notes without a sweat and impressing everyone with her acting and flare as she danced around pulling off her fun and mysterious, mad character.

All the other characters played an important role in the show and did equally as well but the other two that really impressed me or played up to the audience is the Cheshire Cat with her flexibility and energetic entrances that never failed to impress. On the other hand, the Duchess brought along some adult humour and played with the audience more, especially Dean sat on front row making a continued inside joke throughout the show that everybody laughed at. Overall the show was a great success and well put together with the huge cast and directing. It was fun and energetic while having its few difficulties, but it was still an entertaining show that I’m glad I had the opportunity to watch.