From The Palladium to the Hippodrome: Jac Yarrow set for Birmingham Pantomime

Birmingham Hippodrome is proud to announce that the break-out star of Michael Harrison’s recent London Palladium revival of Joseph and the Amazing Technicolor Dreamcoat, Jac Yarrow will play The Prince in this year’s must-see pantomime, Snow White and the Seven Dwarfs which plays from Saturday 21st December 2019 - Sunday 2nd February 2020.

Jac Yarrow graduated from the Arts Educational Schools in the summer of 2019 and made his professional debut as Joseph in Joseph and the Amazing Technicolor Dreamcoat at the London Palladium. For his performance, Jac garnered extraordinary critical and public acclaim, and has been twice nominated for The Stage Debut Awards 2019 for Best Actor in a Musical and for Best West End Debut. 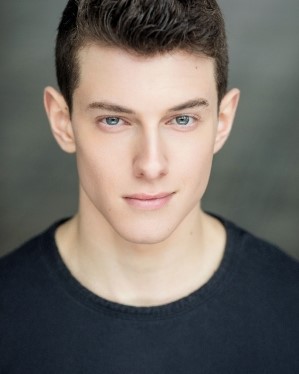 Jac will join the previously announced Lesley Joseph as the Wicked Queen, Matt Slack as Muddles, Joe McElderry as The Spirit in the Mirror, Faye Brookes as Snow White, Flawless as The Wicked Queen’s Men, Doreen Tipton as The Lady in Waiting and Andrew Ryan as Nurse Nelly.

Snow White and the Seven Dwarfs will feature stunning costumes and sets along with outstanding special effects direct from the sold-out London Palladium production in 2018.

The production will once again be directed by Michael Harrison who has been at the helm of the Hippodrome pantomime for the last nine years. Snow White and the Seven Dwarfs is produced by Qdos Entertainment, the world’s biggest pantomime producer.

Qdos Entertainment Managing Director, Michael Harrison said; “Without a doubt this is going to be one of the biggest pantomime line-ups in Hippodrome history and I’m delighted to add Jac Yarrow to our already stellar cast. I was thrilled to discover Jac whilst he was still at drama school and to give him his professional debut as Joseph in my new production at the London Palladium. He wowed critics and audiences alike so I had no hesitation in asking him to join me in Birmingham this Christmas for our prestigious Hippodrome pantomime, and he had no hesitation in saying yes!“

Birmingham Hippodrome Artistic Director and Chief Executive, Fiona Allan added; “Birmingham Hippodrome’s annual pantomime has a reputation for being one of the fairest in the land. With the addition of West End leading man, Jac Yarrow to our superb line-up of stars, this year is shaping up to be the best yet. We look forward to welcoming audiences of all ages to this spectacular theatre tradition as we conclude our 120th birthday celebrations.”