For me, Christmas starts with Panto and the Regent theatre must be one of the best in the country. I’m lucky to go and see these remarkable shows year in year out but this year I have to say is amongst the very best. This year's production is Sleeping Beauty and on the entrance to the theatre, the colour scheme is beautiful. Light pinks, blues and yellows. Projections on the walls that are used throughout the show bringing the whole audience into the show instantly and making you feel like part of the action and excitement.

I always love the nod to past pantomimes made throughout the script as the audience of Stoke love to go back and see these shows again and again with the same two leads.

Jonathan Wilkes and Christian Patterson are a dynamic duo on stage. These two go together like cheese and oatcakes the chemistry and friendship they have is a definite highlight of the show. You can tell they love performing the show as much as the audience love watching. I don’t think the Regent panto would ever be the same without them. The comedy and creativity of the pair shines through so brightly. 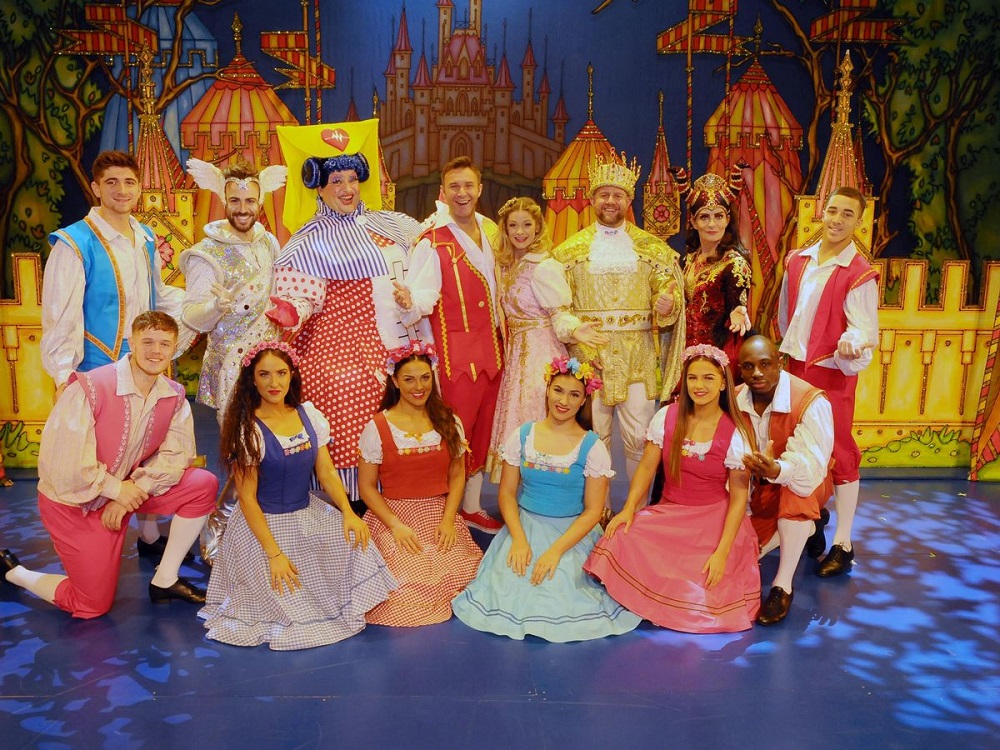 The highlight of the show was the lip-sync challenge. I was crying at this point with laughter. Each year just gets better and better! These two just get panto and they get it so right every single time.

Delme Thomas returned to the stage, this year as Chi-Chi the Spirit of Stoke. He was my absolute favourite part of the show, every second he was on stage I could not stop laughing. He brings such a flair to the stage and aids the show along wonderfully. Please bring Delme back every year, all together this cast have the ability to bring panto magic and keep it alive.

This year's script is something to behold! It's a laugh a minute and the jokes just kept coming and coming. The adult jokes were so smoothly blended in that you may have missed them if you weren't paying attention. The audience participation has been brought bang up to date with the clever use of cameras and projections aiding the comedy.

The costume in the show was stunning, the dames costume’s this year were incredibly creative. I got excited to see what Fanny the Nanny was wearing. The set and props were outstanding this year it was just magical; bright, glittery and colourful making it so engaging and eye-catching for both young and old. A visual highlight was the final where costume and set were seamless together; the colour blend was perfection.

The songs and dances were polished and perfected. I did feel it needed a few more modern songs for the younger audience members however, the song choices were brilliant and instantly recognisable. I just feel one more modern song would have balanced this perfectly. With that in mind, the John Lewis advert song featured and I’m so glad it did. It was perfectly placed and sang stunningly by Wilkes.

The Regent pantos just get better every year. Every member of the cast works so hard to keep the magic alive. It's an absolute sight to behold! Everyone needs to see this show it's a master class of true British humour. The script is modern, the cast is marvellous and the sets and costume are mesmerising. Just book now you will not regret it! Playing until the 5th January 2020 https://www.atgtickets.com/shows/sleeping-beauty/regent-theatre/