Despite some limited success on The West End, Charlotte Jones' play In Flame is really rather poorly crafted, and only tips the iceberg in terms of character development, and so it was a rather odd choice of play for newly formed Unnamed Theatre Company to bring to the Manchester Fringe as one of the first plays after the huge Summer Fringe Festival.

The play neither inspired nor engaged me, despite there being some nice vignettes. The constant switching from era to era, and with such short scenes, and then the intermingling of the two eras by way of ghosts simply left me cold. However, this was not helped by overlong scene changes with a blackout after every one. I think the play must have been lengthened by ten minutes due to a lack of thought behind ease of transition between scenes. This was also further hindered by a distinct lack of pace. Especially in the first act, the play found its own speed, slow, and stayed there the whole time. And to further lessen my experience, I had great difficulty in actually hearing some of the cast too. In such a small theatre where no amplification is necessary, simple vocal projection is surely not too much to ask. All of this was such a shame really, since with just a little more thought and solid direction, it could all have been avoided. 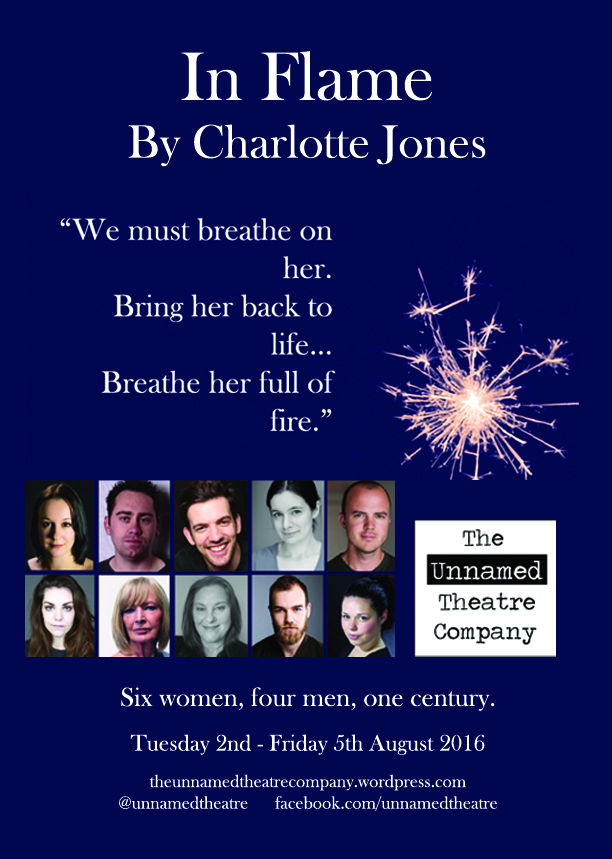 The play tells the story - or is it two stories - of one family. One from one hundred years ago, and one from the present day, and shows how the attitudes and choices made by the family of the early 20th century have affected and imprinted themselves upon their descendants living in the present day. It's a lovely idea, and a great premise for a piece of theatre. It is quite a touching and human story with some humour in there too, and should have worked a lot better than it did.

For my money, I don't really think any of the cast had found all that there was to be found in their characters; they were all not explored deep enough. This is perhaps due in part to the shallowness of the writing. Why does the nurse (played ably by Andy Pilkington) have a dark side which is totally unexplored? Gramma and Mat are really quite insignificant characters in the play and underdeveloped, yet their influence on the protagonists could have been explored much further etc... However, putting all of that to one side, we were presented with some quality acting. Carmen Dooley's Clara was an interesting character, and played with natural zest and truthfulness, pitching her simplistic nature just right. Another highly enjoyable performance came in the form of Arthur, played by Andy Avery. He brought with him on his first entrance a much needed change of pace and his skill at comedic timing on the delivery of his opening speech was a joy. It was a large cast for a Fringe play, or indeed for any play these days, with a cast of ten. Julie Root's performance of aging dementia patient Annie was very real, as was the angst and frustration shown by her 36 year old unmarried daughter Alex, played by Alex Herod. However, for me, the highlight of the play came in the form of an instantly likeable and very real portrayal of Frank (aka Fabrizio) played by Darren Jeffries. Again bringing with him a much needed lightness and urgency to the play which was becoming heavier scene by scene.

Directed by both Andy Pilkington and Alex Herod it was a very good attempt for fledgling directors. They didn't really make it very easy for themselves though by choosing to both take major roles as well. This company however, does mean business, and has already started advertising their next play, 'But John Hughes Said It Would Be OK...' coming in October.