The Wind in the Willows - The Lowry, Salford

There have been many a stage version of The Wind in the Willows over the years but this current incarnation currently playing at the Lowry is probably the biggest and most spectacular to date. It would appear no expense has been spared on this production which has dreams of heading to the West End.

If you look at the past achievements of some of the creatives on this production, there is little wonder why tonight’s show was so well received by the good people of Salford. Julian Fellowes (Book) has written the new Lloyd Webber musical School of Rock and Mary Poppins as well as being Executive Producer on Downton Abbey which has amassed him a mind blowing 69 Emmy Award nominations. The show is directed by Rachel Kavanaugh who has a CV which includes directing Half a Sixpence (Chichester / West End) and Seven Brides for Seven Brothers at Regent’s Park. 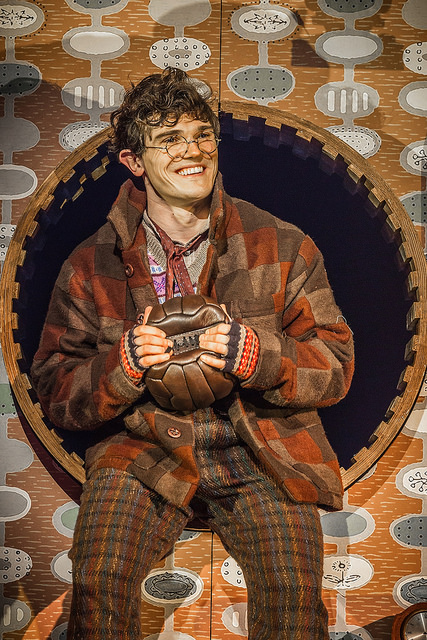 The story told tonight focusses on the friendships of a group of river animals and their battle with their arch enemies the Wild Wooders. After Mr Toad becomes incarcerated in prison after stealing a car the Wild Wooders take over Toad Hall. Can Mr Toad reclaim his luxurious home with the help of his friends?

There are many strong performances throughout this sizable cast led by Rufus Hound as Mr Toad. Hound portrays the madness of Toad wonderfully supplying some of the funniest moments of the night. Vocally he struggles slightly to match his fellow cast members, but his comedic timing more than makes up for this. Sophia Nomvete shines as Mrs Otter possessing probably the strongest voice of the company, and David Birrell’s Badger provides a dominant yet calming approach to river life.

Mole and Rat’s relationship takes a while to get going at the start of the show but is well told. Fra Fee as Mole conveys the innocence of the role well and his voice is showcased wonderfully during the beautiful “A Place to Come Back To” in the second act. Thomas Howes as Rat is strong and consistent throughout. You can’t tell this story without venturing towards the Wild Wood, and Neil McDermott as Chief Weasel, the leader of the Wild Wooders, with strong vocals and his menacing persona was a joy to watch every time he took to the stage. 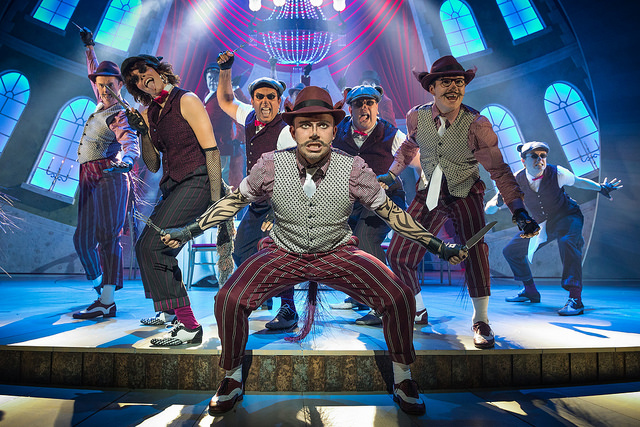 I must mention Jenna Boyd who played Mrs Hedgehog and the Gaoler’s daughter, utterly charming and engaging in both roles.

Where this show shines alongside the superb cast is with its music and set. The brand new score penned by multi award winning partnership George Styles and Anthony Drewe is sublime from start to finish, tonight played by a 15-strong orchestra under the baton of Toby Higgins. The set from Peter McKintosh certainly has the wow factor. There have been some wonderful sets that have graced the Lowry stage this year, but this has to be one of the best. Grand and imposing from the start the use of the reeds that line the river bank are both clever and effective. The set pieces are equally as grand flying and rolling on to the stage to connect effortlessly like a massive jigsaw.

The Wind in the Willows is a big budget visual feast of a show. Still less than a month old it will evolve further before an anticipated West End residency. For me the first act especially at the beginning was a little slow and the second half lost its flow slightly, but these things can easily be solved to make this the definitive version of a timeless classic.