Uncanny Theatre claims that they “make absurd performances about serious things” and I could not agree more.  The brainchild of Natalie Bellingham and Matt Rogers, starring Matthew Bellwood and Ben Mills, Something Terrible Might Happen is in equal parts hilarious, terrifying and heart-breaking.

Picture the scene. Before going in, we were made to watch a safety video, and given a glow stick. We were also asked to write down when we feel most safe (FYI, I said when my cat is asleep on my lap). Before even heading in, we were all a little on edge. We were then lead into the studio where the stage had a single row of chairs around the edge, each with a picture of a car on it, and in the middle of the stage, which was marked out with various warning tapes, was a naked Ben, on all fours, with a blindfold on.

It was here that I turned to my guest for the first time (certainly not the last this evening!) and apologised for not taking her to a musical! 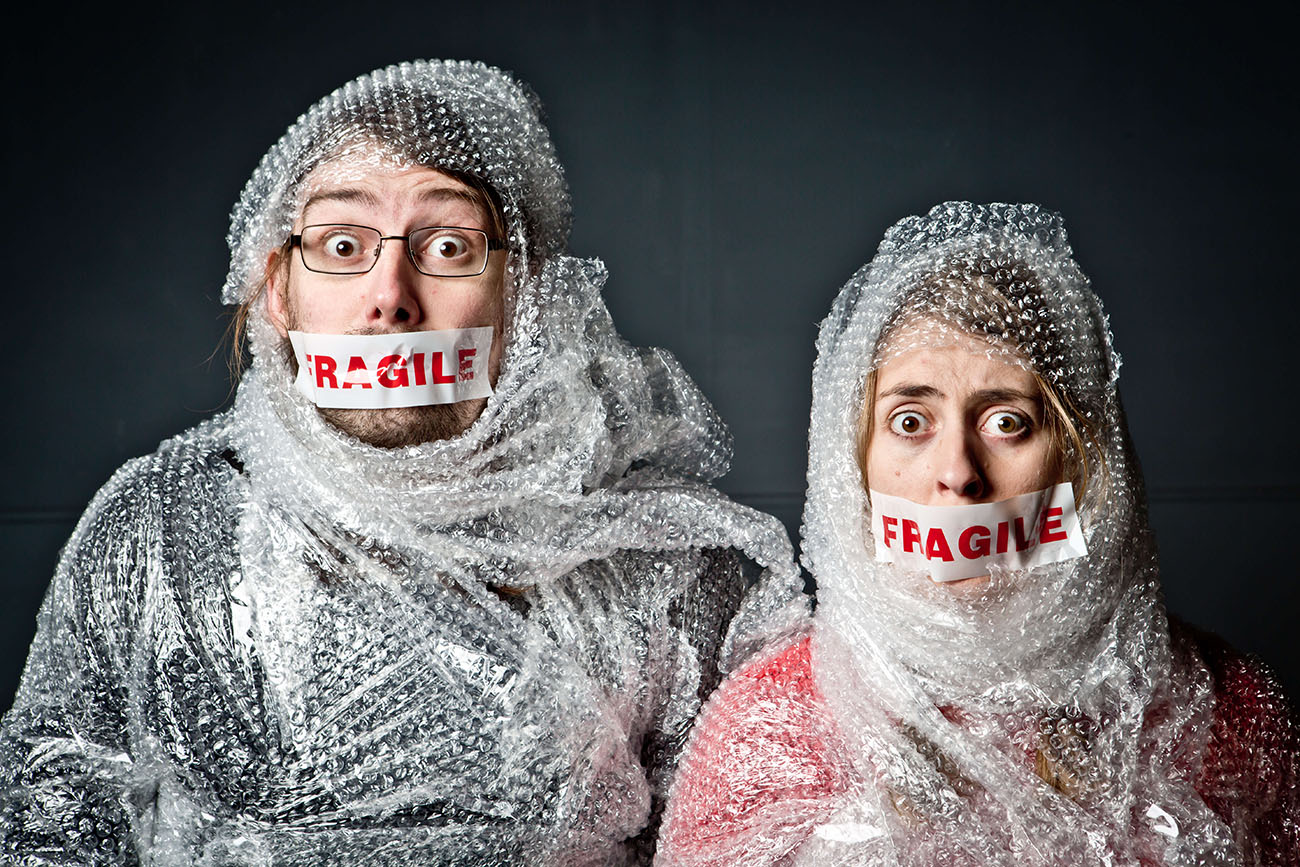 One word I could use to describe the show would be "divisive". I, as a drama graduate, performance artist and generally overly excited human, loved it. My guest however, was not so much a fan of the audience participation side of things and said she felt entirely on edge for the whole show - although really, wasn't that the point? There were also bits that she didn't "get" and yet I would have loved to write an entire essay on the symbolism of it all.

The show centred on the things that scare us, from the rational, to the more obscure. Including the people we automatically assume are scary, being vulnerable to others and being naked on stage.

A couple walked out quite early in the show, seemingly when they realised that audience participation was required… Thankfully, the rest of the small crowd were up for it and got involved and the actors dealt with improvisation and things being thrown at them incredibly well.

The self-awareness of the group created some hilarious moments (“The audience are in awe of how seamlessly the set has changed to become the inside of my house”) and the use of sound and lighting, although basic, created an interesting environment.

By the end of the show, I had absolutely fallen in love with all of the characters. I left feeling more alive than I had in a while. My friend, however left breathing a sigh of relief. Luckily for Uncanny Theatre, this is my review - and I loved it!