From Ibiza to the Norfolk Broads - The Lowry, Salford

From Ibiza to the Norfolk Broads is essentially one person’s story of struggling in life as a teenager with many challenges. This particular teenager was Bowie obsessed Martin. This one man performance was exceptionally powerful by Alex Walton who played Martin, an 18 year old who is utterly obsessed with David Bowie. Walton depicts Martin as being confused, intense and having a largely misunderstood outlook on life. Mental Health issues, a crippling eating disorder and an alcoholic mother plagued Martins life. The only joy that entirely filled his head and provided intense pleasure was for the love of the man himself, the one and only David Bowie. 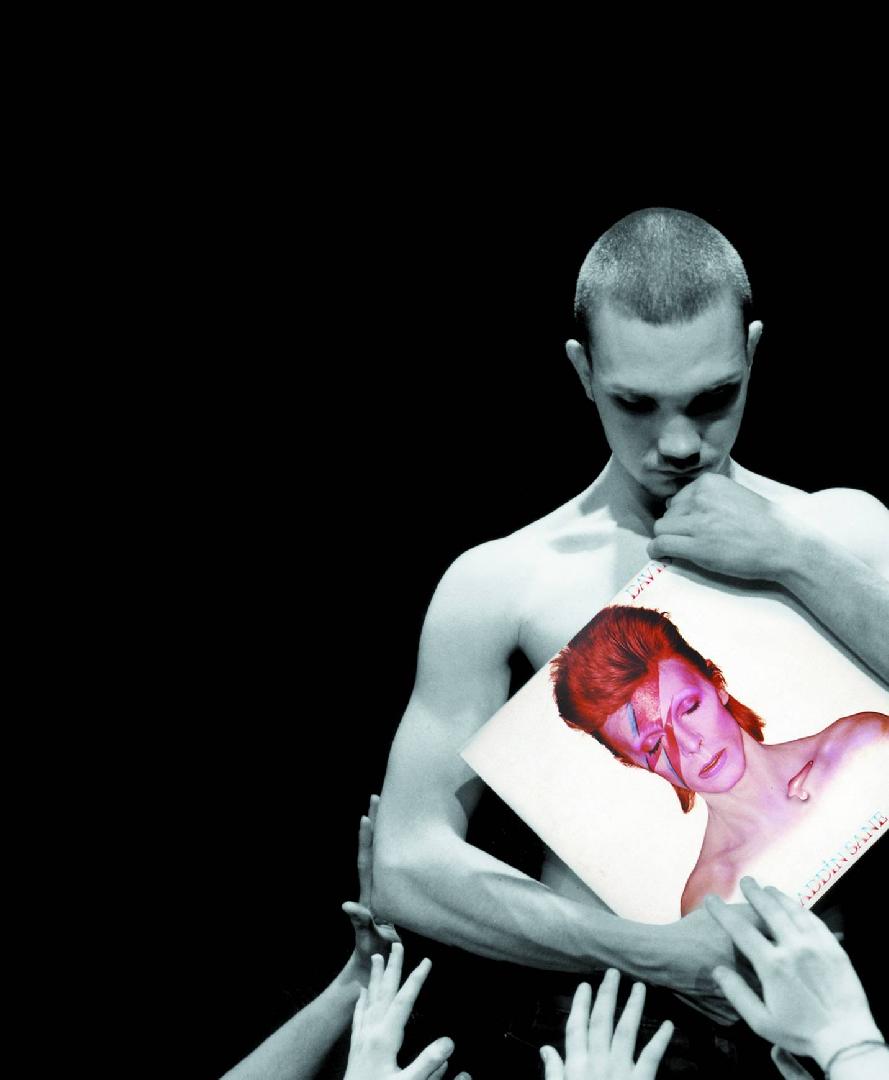 The play takes the audience on a haunting, difficult journey through Waltons portrayal of Martin who receives a letter on his 18th birthday from his Father who had left him and his Mother when Martin was two. His Mother, an alcoholic with a penchant for the popular 70’s beverage, the ‘Snowball’ enters his bedroom on his 18th birthday and gives him a letter, as instructed many years ago by his Father. The letter contains instructions to leave his home and travel to London following a map or more so ‘a Bowie treasure trail’. His Father clearly intends him to visit places that he had once visited as an equally obsessed fan, such as Bowie’s school and childhood home.

The entire one man performance was incredibly strong particularly in the seamless way Walton changed from Martin to other characters such as ‘Legs’ in the record shop. An energetic performance, so touching that you could empathise with Martin, especially when it was clear his eating disorder had a grip over his life. Martin’s pain could be felt and provided the audience with anguish and concern for him. His mental pain was distressing to watch on stage at times.

A stand out scene was when Martin performed Karaoke to ‘Starman’ at a pub where the Greyhound pub once stood. Standing up and throwing himself into the music, he was aggressively booed off stage with bottles thrown at him. The fear of this and not understanding why this was happening was matched with his desire to get to the end of the song, for this was where Bowie performed live in 1972 however it was only clearly Martin in the pub who appreciated this.

The set was simple and entirely appropriate so that Walton could ensure his huge stage presence was made even larger. He commanded the stage and did not falter at all at his exhausting, intense portrayal of Martin. Assisted at times by wonderful music from Bowie (although in my opinion not nearly enough), helped the audience understand Martins angst and difficulties in his search for a Father that he did not really know anything about other than his love for Bowie, a God to them both. Film footage at the back of the stage added slightly to the story but possibly wasn’t entirely necessary

Written and directed by Adrian Berry the story was thrilling, emotional and had just the right amount of humour, some of it dark, that compelled you to carry on willing Martin to reach some form of peace within himself.

Walton’s performance received a well-deserved small standing ovation. Walton is a wonderful actor whose boundless energy told a gripping story. This is not a play for merely fans of Bowie, it is for someone who wishes to gain an insight into utter obsession of something they believe in so much they wish to dedicate their life to- in this case it just happened to be David Bowie.