HUSH HUSH is a series of top secret shows for the adventurous hosted by The Lowry, Aldridge Studio. The audience arrive at the theatre with no idea to what kind of show they’re about to see, and no expectations. Even the theatre staff don’t know what they’re about to witness apart from The Lowry programmer and the technical team. The air of mystery adds an excitement to the evening; it is the sense that anything could happen. This particular show was a “pay what you feel” performance, and the other HUSH HUSH shows are all below £5. It is an interesting concept that will surely introduce theatre to a new audience who may not have had access or interest before, and also present new genres to regular theatre-goers that they may never have tried or ever would try of their own accord.

The HUSH HUSH performance this time was Macondo by theatre maker Silvia Mercuriali, inspired by the novel 100 Years of Solitude by Gabriel Garcia Marquez. Mercuriali specialises in creating site-specific work, experimental theatre, and immersive performances. She often generates her work in collaboration with other artists, eager to discover new practices and to constantly develop her own creative process. As one might imagine from Mercuriali’s résumé, Macondo made for a curious evening. 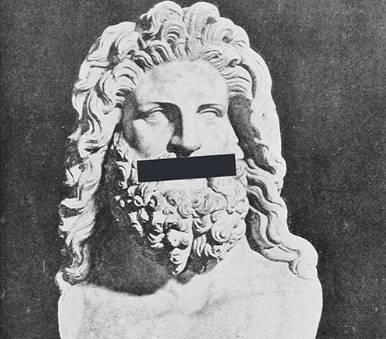 Mercuriali was co-director of experimental theatre company Rotozaza, also known for being pioneers of Autoteatro – a theatrical concept that produced Macondo. Autoteatro is a progressive type of performance where audience members perform the piece for themselves rather than simply watching the performance. This is done through audio instruction, visual clues or text, but is not to be confused with improvisation; it requires no independent thinking from the audience, only instruction following. That being said, it is still daunting to follow instructions blindly, in front of other audience members, with no idea where they will lead, so it requires courageous participants which luckily The Lowry had in abundance.

For the entirety of the performance, all the audience wore headphones and everything was transmitted through them, much like the concept of a silent disco – everyone can hear the music and dances along to the beat, but if you took your headphones off you would be met with only silence and a room full of people dancing to nothing. The audience members follow different audio tracks that steer their path during the show. The organisation and delivery of synchronising these audio tracks was an incredible feat. There were moments of bizarreness and comedy throughout the unfolding of events.

It is difficult to mention any particular details, because as remarked in the information sheet, ‘Macondo appears for 50 minutes only in an empty theatre and takes the shape of the people that inhabit it’, therefore it will be different every time. However, it truly is a unique concept, something to experience.