Joanna Lumley: It's All About Me - The Lowry, Salford

The phrase ‘national Treasure’ could not be more fitting for a person than it is for Joanna Lumley; her 54 years in the entertainment industry has captivated the hearts of the nation with iconic roles in films and tv alike, with her most memorable role being ‘Patsy’ in the long running comedy; Absolutely Fabulous.

Joanna Lumley is currently touring the UK with her ‘all about me’ show which sees her look back at her illustrious career and give us a behind the scenes glimpse into what it was like working in entertainment in the swinging sixties and beyond.

The stage is sparsely decorated with her father’s old travel chest and a bottle of champers as decoration - but that doesn’t matter, because we all came to hear the stories and the anecdotes and as Joanna Lumley walks onto the stage; you can feel the love and admiration in the audience straight away, this is a women who can merely smile and that smile becomes infectious around the room, she has that type of persona.

The first half of the show sees Lumley recount stories of starting off in the industry, modelling in the 60s and how her acting career nearly wasn’t to be after a haphazard interview for the Royal Academy of Dramatic Art. 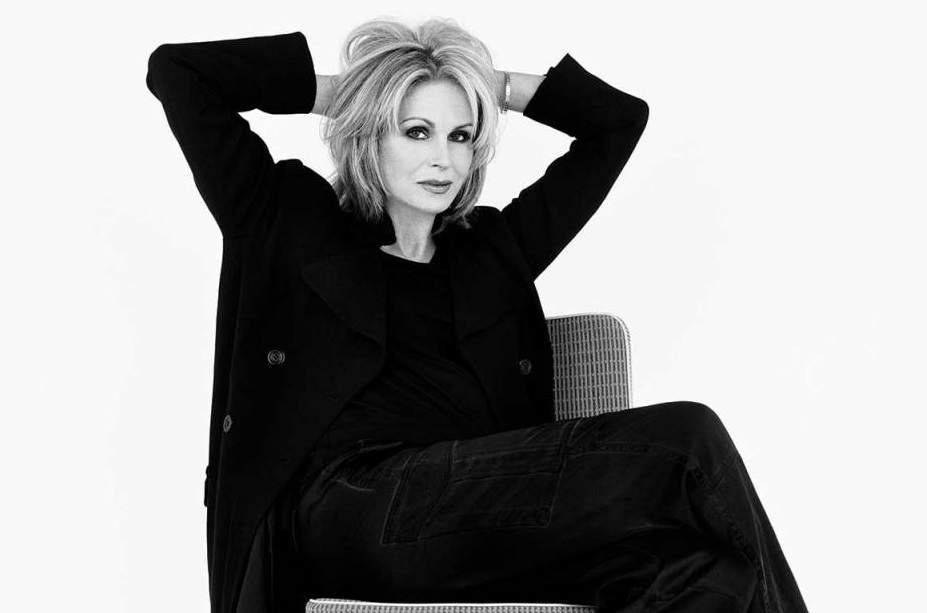 She’s a natural born story teller and throughout the show, she can gauge how attentive the audience are and if they need a little light humour or wit inserted to keep the mood light and fun. The stories are always quite glossy mind and although it offers a unique insight, there’s no shocking revelations revealed.

The ‘all about me’ show obviously featured segments on two of Lumley’s biggest roles; Purdy in The Avengers and Patsy in Absolutely Fabulous, both recounts of the roles come with some never before heard stories from when they were filming each including one story about a stunt Lumley attempted for the Avengers that even the stunt person on site refused to attempt on grounds of it being unsafe. In recent years, Joanna Lumley has been known for her far reaching, exotic location travel shows which sees the British star travelling the globe to destination like China and India, stories of her travels feature in the show and are insightful and interesting with the relationship of her and her audience for this show being like old friends meeting at a dinner party. The show is aided along the way by clips of some of Joanna’s most memorable performances and travels screened behind her on a big screen and is a wonderful evening looking back at Joanna’s illustrious career.

Verdict: Your made to feel like one of Joanna’s best chums!