Trial by Laughter - The Lowry, Salford

A dictionary definition of satire is 'the use of humour, irony, exaggeration or ridicule to expose and criticise people's stupidity or vices', and it is a form of comedy that has been holding an unflattering mirror up to the rich and powerful since the time of the Ancient Greeks. This rich tradition has always been particularly prevalent in England with Shakespeare, Swift and Dickens mocking contemporary mores through the novel and play, whilst the Hogarth, Gilray, Cruikshank and Tenniel caricatured them in cartoon form. Upholding this convention in modern times has fallen to publications such as 'Private Eye' and its long time editor Ian Hislop has teamed up with cartoonist Nick Newman to produce this loving tribute to their own illustrious predecessors.

William Hone (Joseph Prowen) was a name lost to history; a satirical writer and pamphleteer from the early Nineteenth Century, who along with his better known contemporary George Cruikshank (Peter Losasso) took delight in puncturing the pomposity and inequality prevalent in Regency England. A favourite target was the Prince Regent (later George IV) who took offence at being portrayed as a gluttonous, womanising, spendthrift and pressured the politicians of the day to put the pair on trial for sedition, libel and blasphemy. 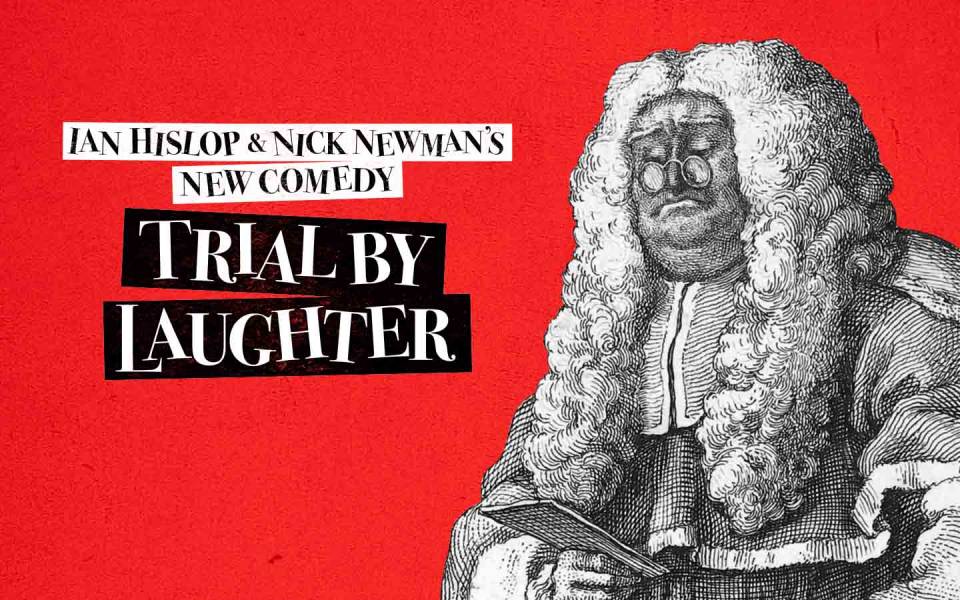 Fearful of a revolution similar to that which had happened in France less than thirty years before, the Tory government acquiesced and attempted to convict Hone and Cruikshank only to be thwarted three times, with the jury’s finding them innocent on all charges.

Director Caroline Leslie had limited opportunity to innovate with what is essentially a one set courtroom drama, the only concession to modernity being the use of a clock suspended above the stage which moved the action on the stage back and forward in time which was only partially successful. Similarly, the use of pre-recorded heckles and constant breaking of the fourth wall by use of the audience as the jury, fell flat in the cavernous Lyric Theatre which was only around a third full on the opening night.

This lack of interaction fed into the performances of the young cast with Prowen and Losasso struggling to convey the complex humour in a way that engaged the audience. Some broad relief came from Jeremy Lloyd (channelling Hugh Laurie in Blackadder) as the Prince Regent, but the obscure nature of the material made this a hard slog at times. What was lost is the sheer rudeness and vulgarity of Regency England, the vibrancy of the characters were dulled under expositions on Habeus Corpus and the Athanasian Creed!! I exempt the cast from blame who were universally competent, but some of the writing had the air of a clever Edinburgh or Footlights review, anxious to be both worthy and witty at the expense of entertaining.

The underlying message of liberal freedom of expression and tolerance of inconvenient and minority opinion is a hugely important lesson for our current political elites, both domestic and international. The maxim 'I disapprove of what you say, but will defend to the death your right to say it' is currently under attack from both left and right, Hislop and Newman have crafted a clever commentary which reflects how some attitudes to dissent haven't changed much in the last 200 years. It is an esoteric hymn to their own history.