The Empathy Experiment - The King's Arms

I'm probably from the last generation that grew up without smartphones. I remember getting my first phone aged 13, a massive brick that I played snake on, text my friends and had to top-up with credit. It was all fairly innocent back then, but now smartphones have taken over people's lives. We spend hours scrolling through them, we don't spend time interacting.

Canadian Rose Condo has embarked on an experiment to abandon her smartphone for 24 hours. We join her in her final hour and she asks us to join her as we seal our phones away for the duration of the show.

The poet dons a white lab coat as she talks us through her experiment. It would be so easy for Condo to go into lecture mode and explain why she dislikes the current use of smartphones in society. 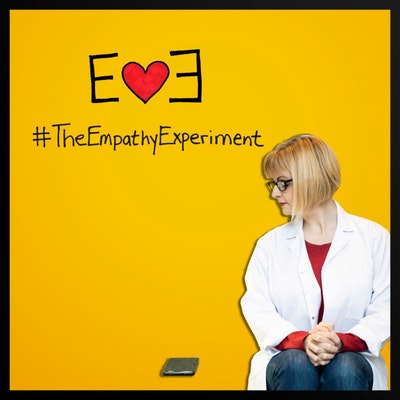 Almost the entire show is delivered in rhyme, however it is so natural it doesn't feel like she is reciting a poem. Her delivery is quite animated and very likable so the audience take a shine to her early on.

Condo talks us through the eight steps of her experiment. Beginning with observation and going all the way to drawing conclusions. We're already with her on her journey and because of that we are empathising with her without even thinking it.

There's a lot of comedy in the show too. Condo's impression of Donald Trump and his notorious tweets was hilarious to watch.

As I left the theatre with my phone still in its sealed envelope. It made me think I need to look up and observe the world around me, smile at a stranger and not become consumed by technology. Definitely a little gem of a show that makes you sit up and think.