Students of the 6th form college for Performing Arts took to the stage tonight for the first of their season of extracurricula public productions, the junior version of Elf (A Musical based on the popular film).

With a running time of just over one hour and performed through without interval, this was a high energy fantastical romp for Christmas. For those who don't know the story, then we start in the North Pole in Santa's workshop, and all the elves are busy making presents. There is one elf however how is much taller than the rest, and we soon learn the reason for this, he is a human and his family live in New York. Cut to NYC and the meeting with his family and of course nothing goes as expected, and chaos ensues. However, if we would all just believe in Santa Claus and spread a little Christmas happiness, all will work out just fine.

With a set designed and made by the school's technical students and some lovely costumes by the rather aptly named Emily Capewell, this was an excellent base for the students to come to life and shine! And shine they did! The elves and Santa were waiting for us as we entered the auditorium wishing us a merry Christmas and the youngsters could have their photo taken with Santa. A lovely touch. And the singing, especially the chorus singing, and choreography were wonderful throughout. Credit to Musical Directors Kevin Matthews and Paul Williams, and choreographer Hannah Birch. Some of the smaller roles and chorus, when given solo lines to sing though were not given mics and sadly they were inaudible; and the music in general was just too loud, drowning out even the principal singers when singing quietly.

The main character of Buddy, the human Elf, was played with zest and relish by Zac Frieze, with his dour and geekish love interest Jovie, played excellently by Laura Findlay. Findlay also had a lovely powerful singing voice too. The role of Santa Claus went to Teddy Jones, and as good as he was, he wasn't well, how can I put this - my 11 year old companion this evening put it excellently - he just wasn't Father Christmassy enough! We all have an image emblazoned in our minds of a rotund, jovial character forever ho-ho-hoing, and somehow Jones didn't quite encapsulate this.

A special mention needs to be made to a chorus member who played the tiny cameo of the Fake Santa too, Joe Foster. What a dazzling stage presence and fun persona shines through… he made you watch him whenever he was on stage without stealing the limelight - a rare but essential talent.

A hugely enjoyable and very proficient production and an excellent start to this year's season of shows. Massive congratulations to all, and I look forward to coming along on the 19th to hear you all raise your voices in the Christmas Concert. 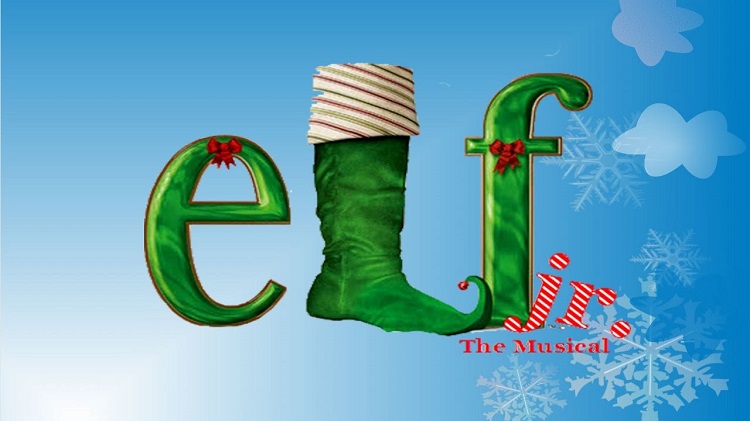