Pendleton College present a superbly drawn adaptation of the Patty Jenkins directed Wonder Woman film for their dance season show. It proves to be an excellent show case.

Elena-Rose Yenulevich and Emma Lingard direct a skillfull ensemble, led by Faye Heywood as Wonder Woman and Jack Swinscoe as her love interest. The show follows the main plot beats of the film, as World War I spy Steve Trevor (Swinscoe) crash lands on the island of Themyscira, inhabited by a race of Amazon women. 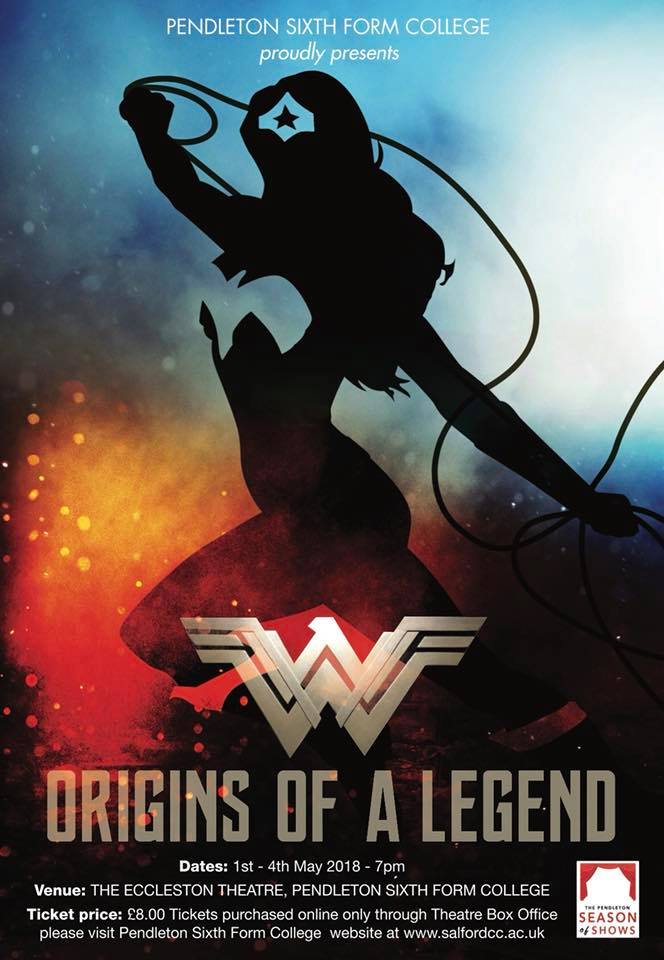 As he relays the details of the war going on in the world that they have insulated themselves from, it becomes clear to Princess Diana (Wonder Woman’s alter ego) that this is the war they were created to prevent, and she is moved to leave with the spy for London to join the fight for the allied forces.

After an interesting start, it’s when the action moves to London and the wider world that the production takes off. Where a sixth-form dance show case might be expected to gloss over the war aspect of the plot, it’s in the depictions of the real world conflict that the choreography really leans in and the dance tells the story. The strongest moment sees Heywood dancing alone among fallen bodies. With each pirouette and extended limb her anguish visibly grows and by the end of the sequence she is visibly broken-hearted.

Elsewhere in the performance the ensemble are superb. Through astonishingly quick costume changes and tightly rehearsed movement, they carry the weight of setting each scene and providing an effective backdrop for the main characters. The main WWI battlefield scene has an excellent sense of the chaos and carnage of war, despite it being clear that they are moving in elegant unison.

There are times, particularly on Themyscira, where the action seems to pause while a character fills in plot details with narration. It’s at its strongest when the movement is driving the narrative, and it’s the dancing that makes the biggest emotional impact.