Stoke last night was transformed into Soul-on-Trent as Roddy Doyle’s The Commitments was Signed, Sealed and Delivered to the Regent Theatre stage. The show is based on the 1991 film of the same name. The theatre wasn’t packed to the rafters last night but this didn’t affect the atmosphere, the second half of the show especially.

The show itself was 20 minutes late to start last night due to technical difficulties and I must say I had nothing but admiration for the cast who were ‘drinking’ in the bar before the show starts because all credit to them they stayed on the stage for the entirety of the difficulties. The show opens to the Tina Turner classic ‘Proud Mary’ with the equally as classic dance in toe. The music in the show was very much the highlight of the night and the vocals of Brian Gilligan who played ‘Deco’ were completely out of this world. As described in the show he has a gift from God. He had the Jagger Swagger throughout and was the perfect front man for the band. His acting also matched his voice he was absolutely incredible throughout the show. This was a star performance if I’ve ever seen one. 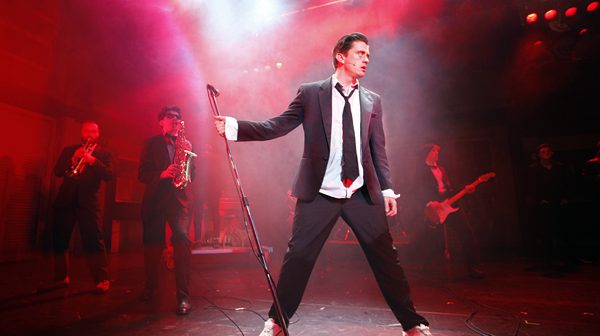 Another star performance came from Andrew Linnie who played Jimmy in the show. Jimmy being the manager of the band was exceptionally cool and collected throughout, he was the one who introduced us to the storyline and held it throughout the show. I wasn’t at all surprised when I’d read that both he and Gilligan had played their roles on the West End, as both commanded the stage and their present was known throughout. They were both incredible talents and if you go and see the show for these two alone then go.

I also loved Sam Fordham as ‘Mickah’ his energy was insane. I was in awe of his characterisation he was just brilliant. He made me laugh throughout his entire performance and his acting whilst the band were performing was just impeccable. He was a complete nutter and you will love him for that.

I will be honest I did find that, the first half was quite slow off the mark. So I was very impressed with the second half as it boosted the show completely. I had been told beforehand it was quite a loose story and I must say I completely agree. This didn’t take away from the night though if you love soul music you’d be stupid to miss the show. But if you’re expecting a fully-fledged story line you’ll be slightly disappointed not hugely disappointed but only slightly. As I said above Jimmy gives us most of the storyline.

The show at the end has a great stand up and dance section with songs such as Mustang Sally. This did get the audience on their feet including me. It was much needed, I do feel if you want the atmosphere for the show the stalls maybe a better option as I was sat in the circle and you could feel the buzz from the stalls. All that being said I did really enjoy my evening. The songs were brilliant, the acting was brilliant and overall the night was brilliant.