Dirty Dancing is the ultimate chick flick, it would be a hard fate to find someone who's never seen it. Its iconic lines, its fabulous dances and a soundtrack that brings pure joy whenever you hear it. If it’s not obvious I adore the film it means an awful lot to me. It was a childhood favourite so the stage show has a lot to live up to.

The show has graced the Stoke-on-Trent stage several times now, every time it gets better. The audience is predominately female, expecting to love the show as much the film. Expecting to be whisked away by a certain Johnny Castle. Expecting the warm feeling that can only be brought by this show.

The audience cheer, woo and swoon throughout over Michael O’Reilly who is every inch a Johnny Castle. He oozes Swayze’s charm, charisma and choreography. He had enormous shoes to fill in this role and he did it with complete ease. It was a remarkable and admirable performance on his part.

He is partnered spectacularly by Kira Malou as Baby, whose comedy timing is impeccable, she played the part with absolute ease having elements of Gray’s portrayal of Baby and also bringing her own creative flair to the role. 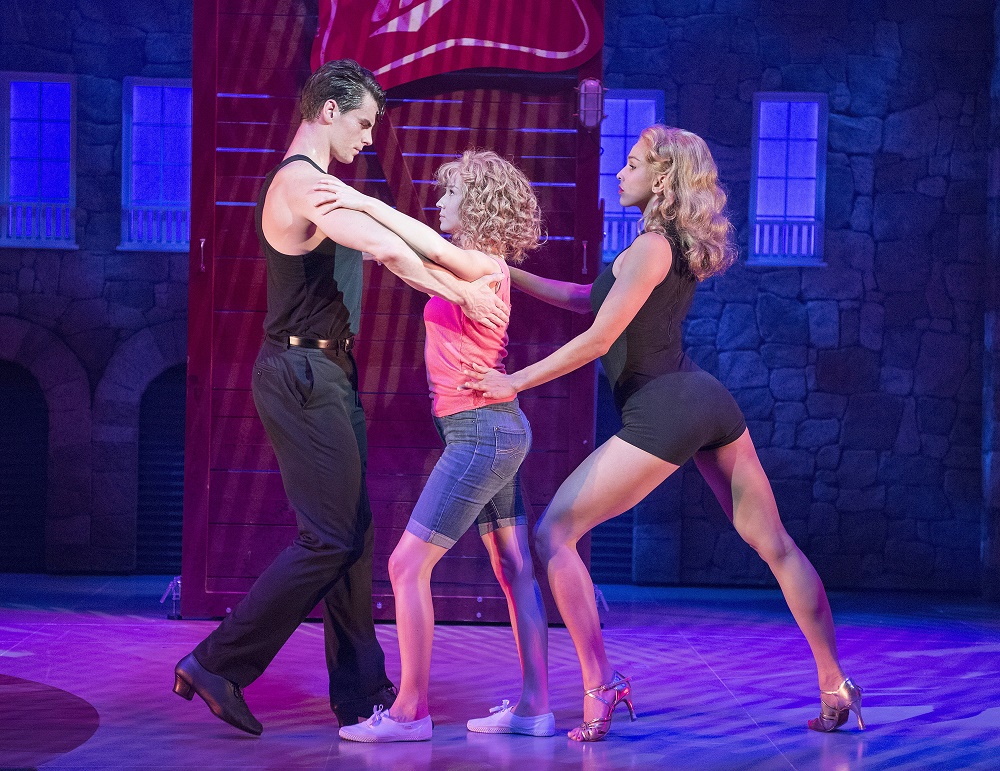 The staging in this production is remarkable. The standout scene would have to be the water scene that features the classic log. The use of projection was clever and added a modern twist to the show. It was creative, clear and crisp The set instantly drew you into the 1960s world being created. Kellermans, as we came to love it in the film, is brought to life wonderfully, the scene changes are clean and smooth and the use of cast members speeds the show along.. However, sometimes this wasn’t always as smooth as they could have been when stagehands could be seen running off in a mad panic.

Costume stays very true to the film, costume, wigs and makeup aid in creating the visuals that the audience know and love. How exceptionally close they are to the film are mind-blowing.

The thing that makes this show a standout is of course the dancing. Every dance is choreographed to perfection. The lifts look effortless, the steps executed with complete ease and catch the essence of the film perfectly. The most recognisable lift brought a tear to my eye it was magical it was perfection the reaction from the cast at this point was also lovely to see. Simone Covele, as Penny is one of the strongest dancers I have ever seen she also had characterisation by the buckle load. However unfortunately this wasn't the case with everyone, due to the incredible talent of the dancers, some of the acting isn’t quite on par with the dancing. It’s still brilliant, it’s just not as strong.

Colin Charles as Tito was a standout performance for me he was charming, witty and oozed class. His vocally lent themselves to all the songs beautifully.

Overall, this is the ultimate night out. You will leave with an overwhelming urge to dance along the street, sing your heart out and instantly go and watch the film on repeat.