You may have read the book, but this production brings the story new energy as it erupts onto the stage in a mix of nerve-jangling tension, anger, teenage love and raw emotion underscored with a 70’s soundtrack. Fans of the book will enjoy the new dimension and the visuals created.

Susie Salmon is a fourteen year-old girl growing up in Pennsylvania in the 1970’s. However, her life comes to an abrupt and early end. From heaven, Susie follows her family and friends as they come to terms in their own ways with their grief. Susie also must get used to her new surroundings and her own death. 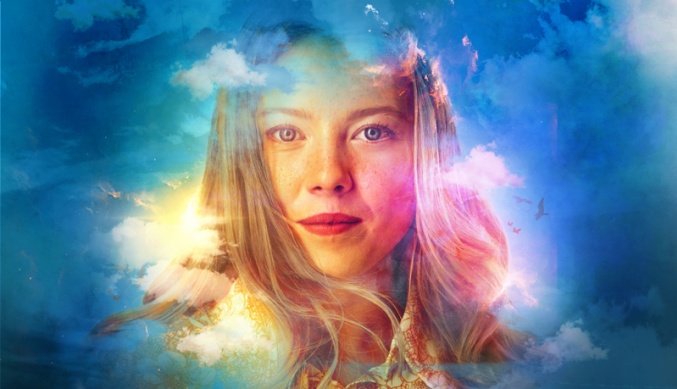 This adaptation by Bryony Lavery of the novel The Lovely Bones by Alice Seabold was commissioned by the Birmingham Repertory theatre as a co-production with Royal and Derngate, Northampton and Northern Stage in association with the Liverpool Everyman for an original run of shows in 5 theatres last Autumn. Now, due to popular demand, The Rep welcomes the production back for a 2 week run before embarking on a ten theatre UK tour.

There is a surprisingly small cast of thirteen, many of whom take on a variety of roles from cops through to family members and dogs. Each character is extremely well defined making it seem as though the cast is much larger than it actually is. Susie’s devastated mother Abigail (Catrin Aaron) haunts the stage as she struggles to find a purpose, Aaron pulls at the heart strings of the mothers in the audience. Jack Sandle, plays Susie’s dad Jack, he embodies the determination of a father wanting to do one last thing for his child, trying to bring her killer to justice. During the play, which covers a time period of 12 years, we see Susie’s family and friends grow up without her. This is especially visible with Susie’s sister, Lindsey portrayed by Fanta Barrie. She goes from younger sister to a strong young woman, experiencing the life and love Susie wishes she had. Nicholas Khan brings the twisted Harvey to the stage, his presence in the background is as equally unsettling as his deliberate planning and toying with the family. On stage for the whole performance Susie (Charlotte Beaumont) goes through a range of emotions, each one beautifully observed to accurately depict a fourteen year old. Her fear, confusion, frustration, despair and euphoria are palpable as she carries the audience on her journey.

An angled mirror over the back of the stage brings another dimension to the story, as you view the action both from the usual perspective and a bird’s eye view. This is used to great effect in the more stylised moments of the play as Susie appears to float. The combined talents of the whole creative team mean that every aspect of this production enhances the emotions coming from the script and the performers. The use of lighting, puppets and abstract items add to the underlying feeling of unease and apprehension. At the same time the lighting (designed by Matt Haskins) gives the lighter moments a warm and comforting feel.

This production is drama at its best, taking you through every emotion in the space of just over 2 hours. It grips you from the first second and doesn’t let go. You won’t come out laughing and singing but you will have experienced a first-class piece of dramatic theatre.