Since then the play has taken the world by storm attracting performers such as Alanis Morisette, Rita Moreno and Lily Tomlin in countries from Albania to Venezuela. It is clearly touch a vital and important nerve in world and gender politics. 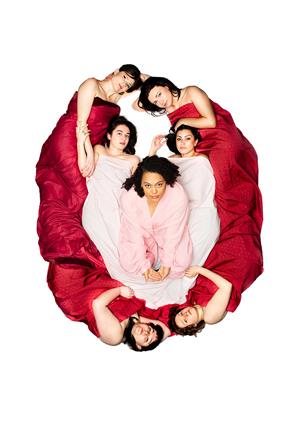 Jaz Davison brings this piece to the Crescent Theatre in Birmingham and directs with a deft and inventive hand. Each section is finely deployed and imaginatively staged. The broken nature of the structure could so easily appear plodding, but here it is given a fresh and engaging shape with each moment unique and clever.

The writing is strong, insightful, occasionally harrowing and often hilarious but it is the performances of the seven actors, which make for an unforgettable evening. Rachel Chima, Kim Cormack, Sarah Feltham, Beth Gilbert, Kimberley Maynard, Mpho Molapo and Victoria Piper are each given spotlight moments and each seize them with style and intelligence. It would be churlish to name individual performances as this is a consummate ensemble piece each performer taking the lead while surrounded by a supportive cast. The players handle the comedy well but it is the searing moments of horrifying truth, which stay longest in the memory and for this we are grateful and humbled.