Unless you have been living in a theatrical cave for the last five decades then you will be familiar with the ‘plot’ of the Rocky Horror Show where a sweet young couple are corrupted, but ultimately set free sexually, by a crazed transvestite scientist from another planet.

So with the minor spoilers out of the way there is little point offering an intellectual critique of such a venerable old cash cow which is out on the road yet again - so the only question worth asking is this a good version of a undoubted classic?

The answer is a resounding yes as a top quality cast camp it up uproariously much to the delight of the audience dressed up to the nines in tribute to their favourite character in Richard O’Brien’s oddly moving love letter to oddballs, freaks, geeks and sexual outsiders. 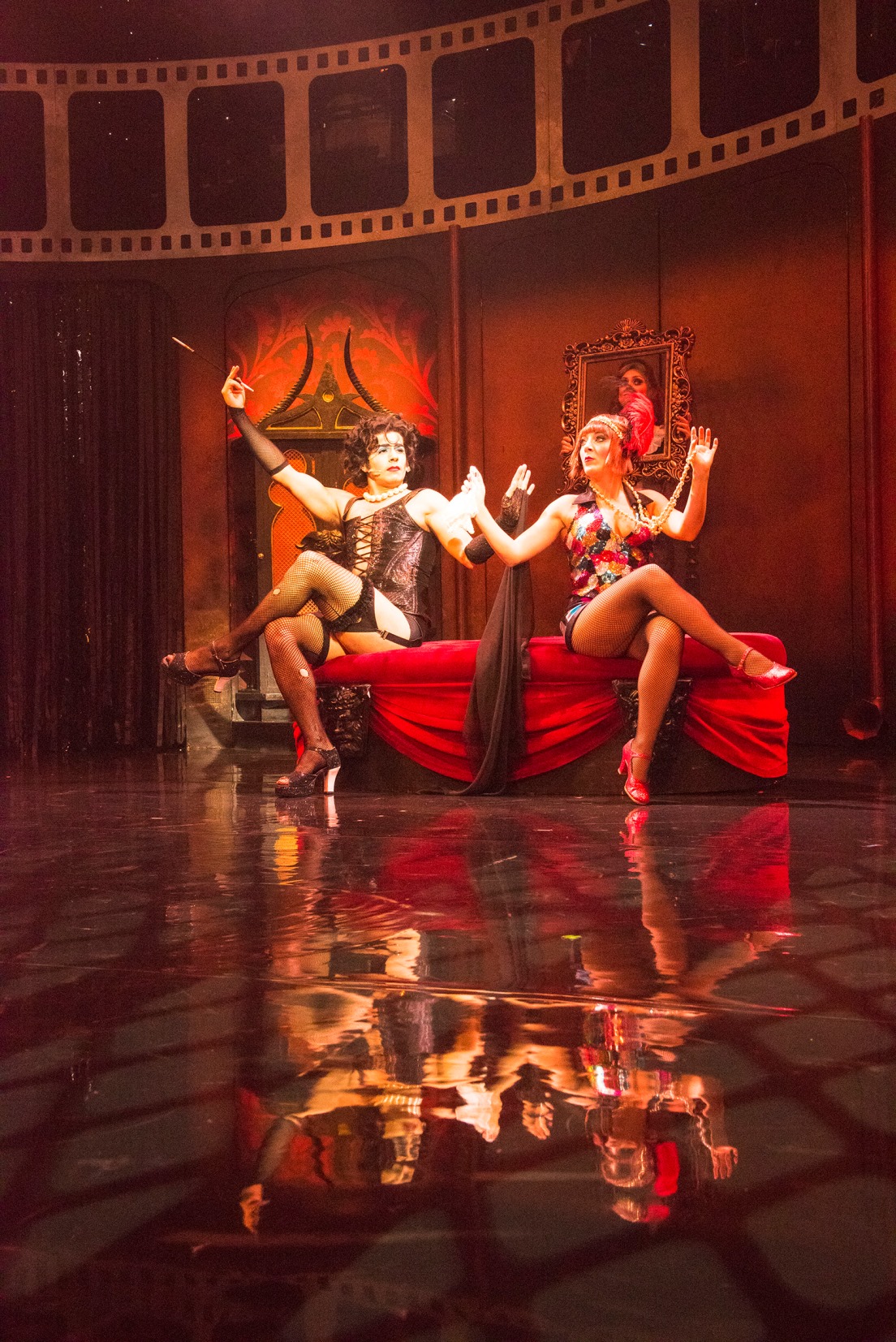 To many who have paid their hard earned cash the Rocky Horror Show is just an excuse to dress up and bellow out insults to the long suffering narrator, which sometimes makes it a struggle to think how radical and genuinely unusual a rock musical this was when first staged in 1973 starring the ever louche Tim Curry and Julie Covington.

At a time when his contemporaries were eulogising the dead wives of corrupt Argentinian dictators, and some bloke from the Bible with a multi-coloured coat, O’Brien’s twisted anti-hero was a sexual free spirit and a poor man’s Dr Frankenstein in suspenders.

Last time this show came to the Grand it felt a bit tame and panto, but this time the campometer is dialled up to 11, and the result is something life affirming, especially when the whole audience jump to their feet doing the Time Warp dance in perfect synchronicity with the cast.

The show really comes to life when The Voice’s Liam Tamne struts downstage bellowing out the epic Sweet Transvestite playing the deranged transvestite/transexual/god knows what Frank-N-Furter with just the right of camp charm topped off with an unhealthy dollop of menace.

He takes great delight in corrupting Richard Meek’s Brad and Haley Flaherty’s Janet as they seek shelter in Frank’s remote castle after a stor. Flaherty is in great voice all night especially as Janet gleefully plumbs the depths of depravity in Touch-a, Touch-a, Touch-a, Touch me with a totally ripped – and I mean ripped - Dominic Anderson as the innocent Rocky who Frank has created out of some spare body parts.

Aussie Kristian Lavercombe has played Riff Raff more than a thousand times and it shows as he channels O’Brien, who originated the role, but manages to put his own twisted slant on it matched all by the way by Kay Murphy who is right off the raunchy scale as his sister Magenta.

At times it feels like being at a big house party, which is as it should be as this is a show that makes not so subtle points about being just who the hell you choose to be, and sticks a gleeful two fingers up to social conventions. This not high art - O’Brien never intended it to be - but Rocky Horror remains a hugely entertaining night out, especially with a cast who are clearly having great fun themselves as they run with the mayhem erupting around them on and off stage.