Theatre is all about all chasing your dreams, but it was still a massive risk for TV writer Kay Mellor to turn her much loved TV series Fat Friends into a stage musical,  and she pulled it off by simply doing what she does best telling a story that in this case has universal appeal.

There wasn’t a person in the audience for this world premiere in Mellor’s hometown who has not had a battle with their weight, and with only weeks to go before her big day Kelly is battling to get into her dream wedding dress as she prepares to wed big daft Kevin. 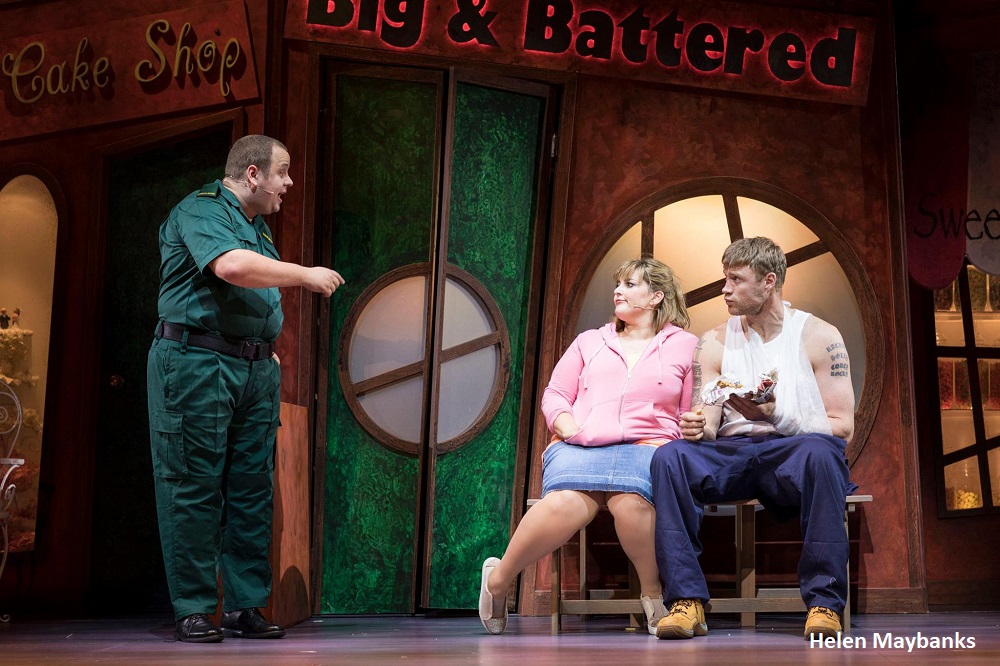 Sadly her dream wedding dress is two sizes too small so she is aided in her quest to slim down in six weeks by the members of a Headingly Slimming Club who like the rest of us come in all shapes and sizes.

Mellor is always one for a challenge so as well as turning in a book packed full of gags, and penning some very funny lyrics, she was also making her debut as a stage director.

Wisely she chose Nicholas Lloyd Webber as her composer, also making a step up to a big production, who takes the pop route for his score which fits well Mellor’s feel good lyrics on big numbers like Kelly’s love letter to her fianceé Be My Man, Step Up as the slimmers grimly get on the scales and the raucous hen night number Fun Boy.

It is always a thrill watching a previously solid performer become a star and Jodie Prenger takes her chance to shine bringing great warmth and wit to rough diamond Kelly. Prenger’s battles with her weight are well documented, and as she defiantly belts out the show’s only real showstopper, Beautiful, you know she is dredging up all that emotion from hard won experience.

The real wildcard in this production was former England cricket star Andrew ‘Freddie’ Flintoff, who was not only making his stage debut as Kevin, but bravely in a big new musical too. He’s actually pretty good as the daft fiancée who nearly ruins the big day, although his singing voice lacks power especially when he takes on Pregnar during Stuck On You. Mind you, whatever his limitations, it is fair to say this was by far the best musical theatre debut by a man who has won the Ashes for his country. 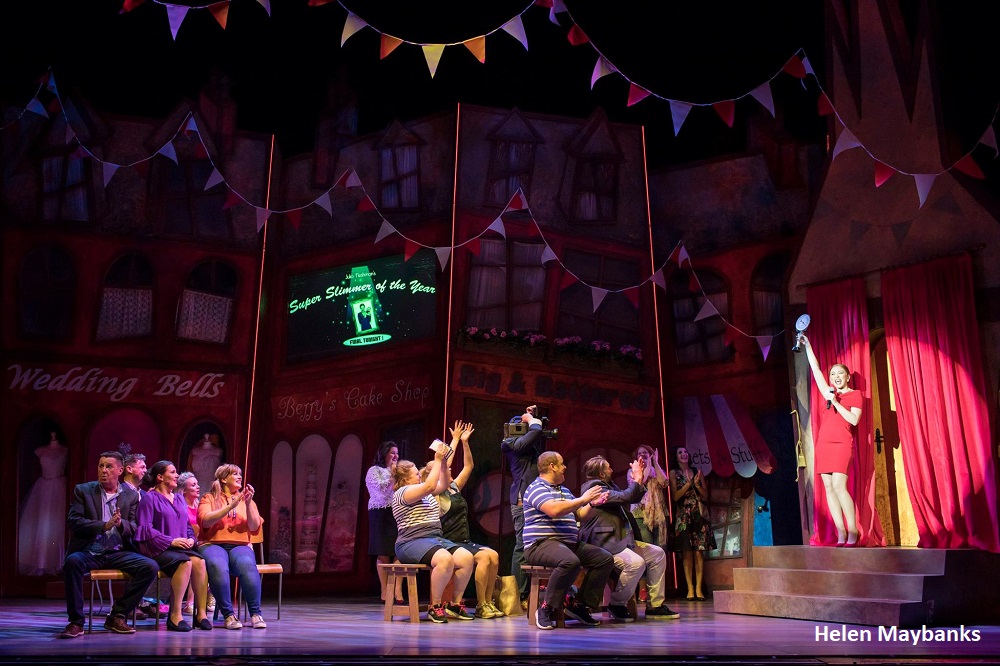 X Factor winner Sam Bailey is another who took big step up in class as we knew she can sing,  but she’s a solid actress drawing out the best in Kelly’s mum Betty. Natasha Hamilton puts her days in girl band Atomic Kitten well behind her with a flamboyant turn as ruthless slimming club owner Julia Fleshman.

Karen Bruce’s smart choreography is danced with great gusto by a clearly happy company as they gamely don the lycra to Zumba across Bretta Gerecke’s versatile set.

At times Fat Friends can’t seem to make its mind up whether being fat is good or bad as it frails from one position to another, but maybe that is the point as the whole debate about weight is a highly complex one despite the fact Britain is now the fattest country in Western Europe.

Kay Mellor has successfully brought all her formidable wordsmithery to a new medium creating a funny, warm hearted musical that seems destined for the West End taking some Northern grit, and a subject that haunts all of us, down south.

Fat Friends the Musical runs until Saturday 2nd December. To book www.leedsgrandtheatre.com or 0844 8482700.