Sheffield played host last night Craig Warner’s adaptation of the Patricia Highsmith’s novel “Strangers On a Train”. With Alfred Hitchcock’s film adaptation planted at the forefront of my mind, I must admit that I think I expected more from this production then what was actually delivered in the end.

The play tells the story of a fateful encounter between two men in the dining carriage of a train crossing America. Guy Haines is a successful architect who longs to be free of the shadow of his ex-wife; Charles Bruno is a charismatic, drunk, chancer whose daring and dangerous plan develops from a casual conversation and sets in motion a chain of events that will change the two men’s lives forever. 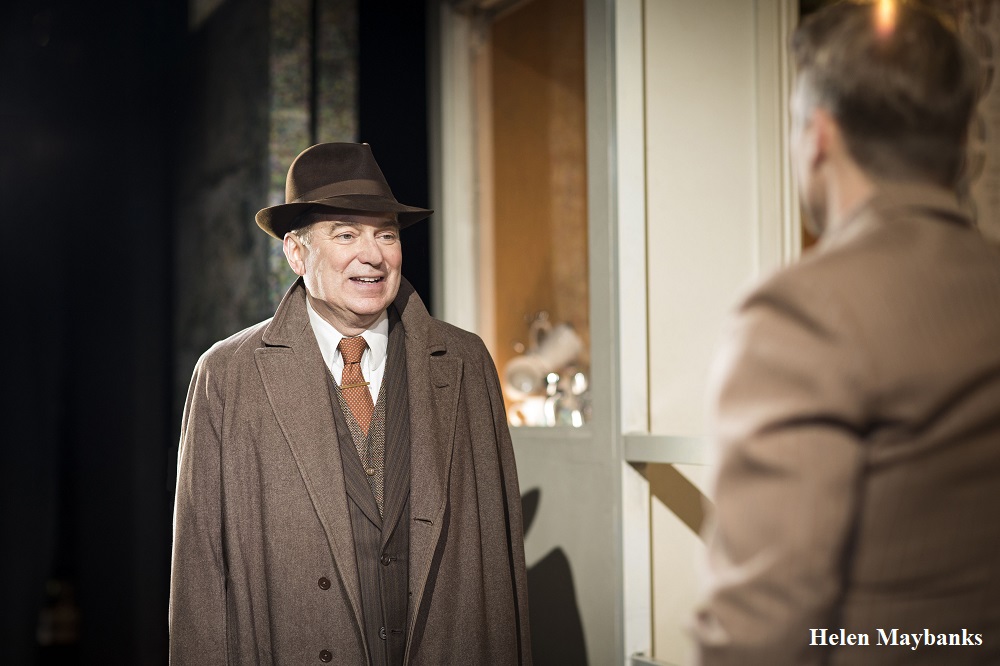 It was clear from the outset that this adaptation certainly was inspired by the Hitchcock film. A film quality resonated throughout, both through the use of projected images as the scenery but also through the short and fast paced scenes which initially gave excellent pace to the production in the first half, but left a feeling of underdeveloped characters and a lack of tension by the second. It is worth noting from the outset that the real star of this production at times was the design with its sliding panels which revealed everything from the train carriage where our protagonists meet, to the numerous interior and exterior locations, coupled with the use of projection gave a very slick and sophisticated feel to the production throughout, enhancing the film like qualities mentioned previously.

Unfortunately, though, here may be the real unsticking point for this show. At times the characters seemed particularly underdeveloped and the narrative seemed to lose its way a little and needed refining. The first half builds nicely towards the interval as we anticipate whether Haines will battle against his demons and play his part in the bargain. Some of the more memorable moments come from Ashton’s strong performance here as he wrestles his conscience and the over baring presence of Bruno at his every move. The second half somewhat loses its way, despite the great performance from John Middleton as Private Investigator Gerard, there is little tension for us in discovering whether the pact will be uncovered and sub plots surrounding Bruno’s relationship with his mother feels at times melodramatic, boarding on comical and the inferred homosexual undertones between him and Haines feel out of place and confused in the unravelling of relationships.

What remains overall is an entertaining production I assure you – it's enjoyable and there is an excellent ensemble cast with some very well played moments throughout and the look of the show is excellent. It’s a shame it lacks the emotional pull and tension needed, which is partly due to the writing but ultimately down to the direction.