Confession time. Up to Thursday night, I was a Rumpelstiltskin virgin. I’d heard the name, of course, but never had a clue about the story. But after witnessing balletLORENT’s take on the Brothers Grimm fairytale, at Hull New Theatre, it is a story, and a production, I won’t forget in a hurry.

The curtain rose while we were taking our seats, giving us a pre-production insight into the world Rumpelstiltskin was to be born into, with a turreted, royal castle being the focal point. A huge, golden harvest moon hung in the sky, adding to the magic.

And as the wonderful music - composed by the world-renowned Murray Gold – rang out, happy scenes showed villagers of all ages enjoying themselves as they go about their everyday lives, many of them knitting. Cute youngsters jumped, skipped and played in the playground the generous King and Queen had set aside for their use. 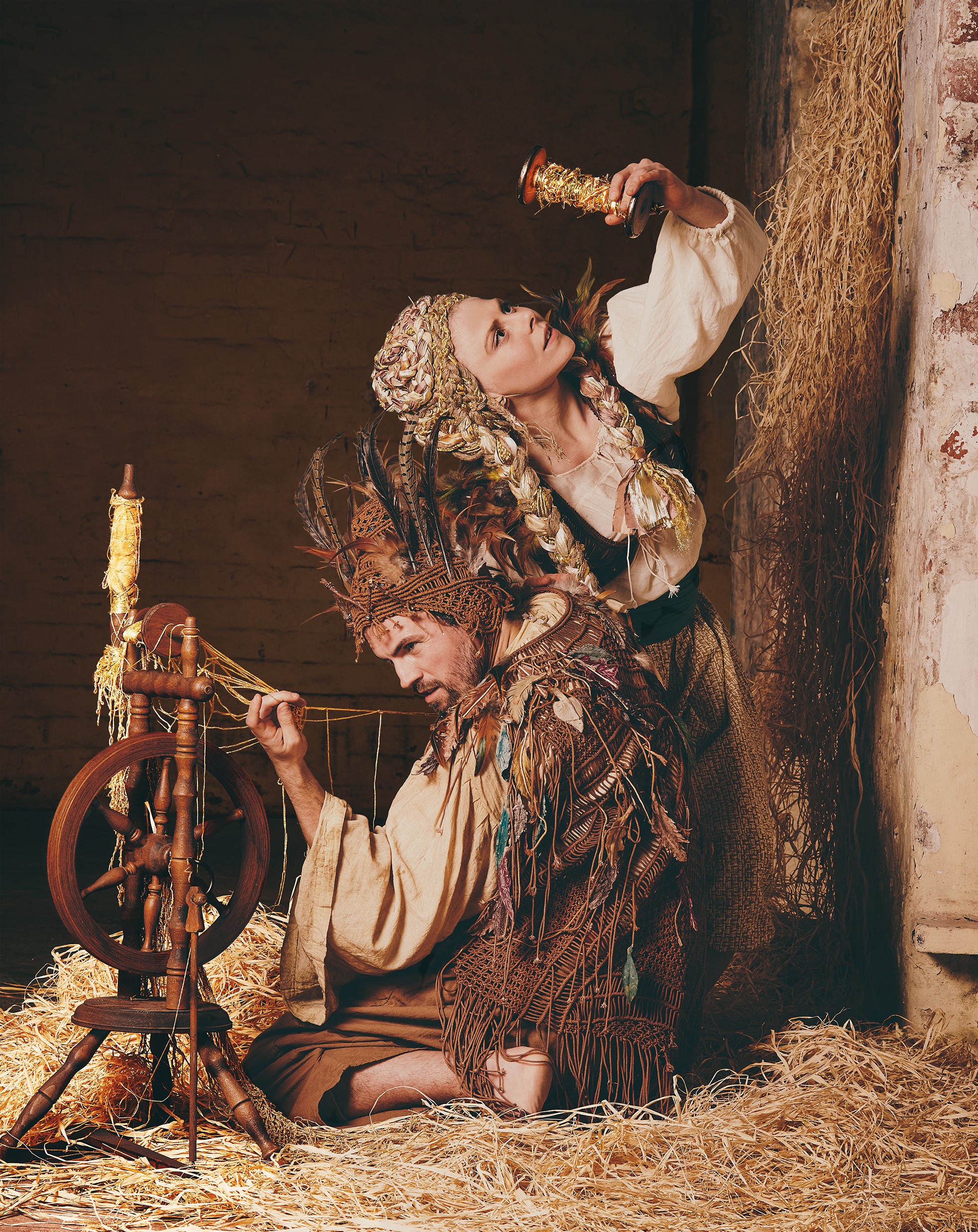 And a highlight was a flock of “sheep” whose appearance made me laugh out loud. They, and their antics, were simply amazing. We were only a few minutes in, and I was hooked.

Revelling in these joyous scenes, the loved-up King (John Kendall) and his beautiful, golden-clad Queen (Virginia Scudeletti) decided to have a child of their own – and nine months later, a young prince was born.

Up to this moment, all we’d witnessed was joy, love, fun and happiness. So what came next changed the atmosphere completely. Narrator Ben Crompton stunned us by revealing the Queen had died in childbirth.

Driven mad with grief, the King blamed his son for his wife’s death, never giving him one shred of tenderness. Refusing to give the boy a proper name, he called him an “ugly little Rumpelstiltskin”.

Ten-year-old Hull lad Joseph McCune gave an outstanding performance as the young, unloved prince and our hearts went out to him, especially when the King banished him from the castle so he could be left alone to count his treasure and mourn his Queen.

It’s no surprise that Rumpelstiltskin grew up awkward, unloved and shunned by the rest of the villagers; the only kindness being shown to him was by the shepherd’s young daughter, a role eight-year-old Ava Ineson, from Huddersfield, did more than justice to.

As the years passed, Rumpelstiltskin (now played by Gavin Coward), guided by the spirit of his mother, learned how to spin straw into gold – a talent that was to become his saving grace.

And when, on trying to impress his miserable King, the village shepherd boasted that his beautiful daughter could spin straw into gold – the girl’s fate was sealed. But so was Rumpelstiltskin’s – but in a good way.

To reach the happy-ever-after, fairytale ending, poor Rumpel has to ride a rollercoaster of emotions and we in the audience hang on there with him through the highs and lows of his miserable existence.

This family-friendly production was packed to the gills with amazing talent. We hung on every word the narrator said; marvelled at the atmospheric stage setting, lighting, costumes and music, all the while looking on in awe at the extraordinary athleticism of the balletLORENT dancers who were aided and abetted by performers from local primary schools and community groups.

It was all down to the above that this tale – let’s face it, with moments of sadness at times – left me feeling full of joy. I didn’t want it to end.