A Lady of Letters – A Living Room in Leeds

As a critic who likes nothing better than a site specific show I have seen productions staged in all sorts of weird and offbeat places, but nothing as intimate as this Alan Bennett monologue performed in a suburban living room.

This performance is part of a bold plan by West Yorkshire Playhouse Artistic Director James Brining to perform one of Bennett’s classic Talking Heads monologues in all of the 29 postcodes criss-crossing Leeds where the playwright was born.

So here I am with fourteen other people – plus two dogs – perched on sofas and chairs in Julie and John’s living room in deepest L19. John volunteered his living room in Yeadon as a makeshift venue, and the generous couple have invited their friends and neighbours round for this very intimate performance. 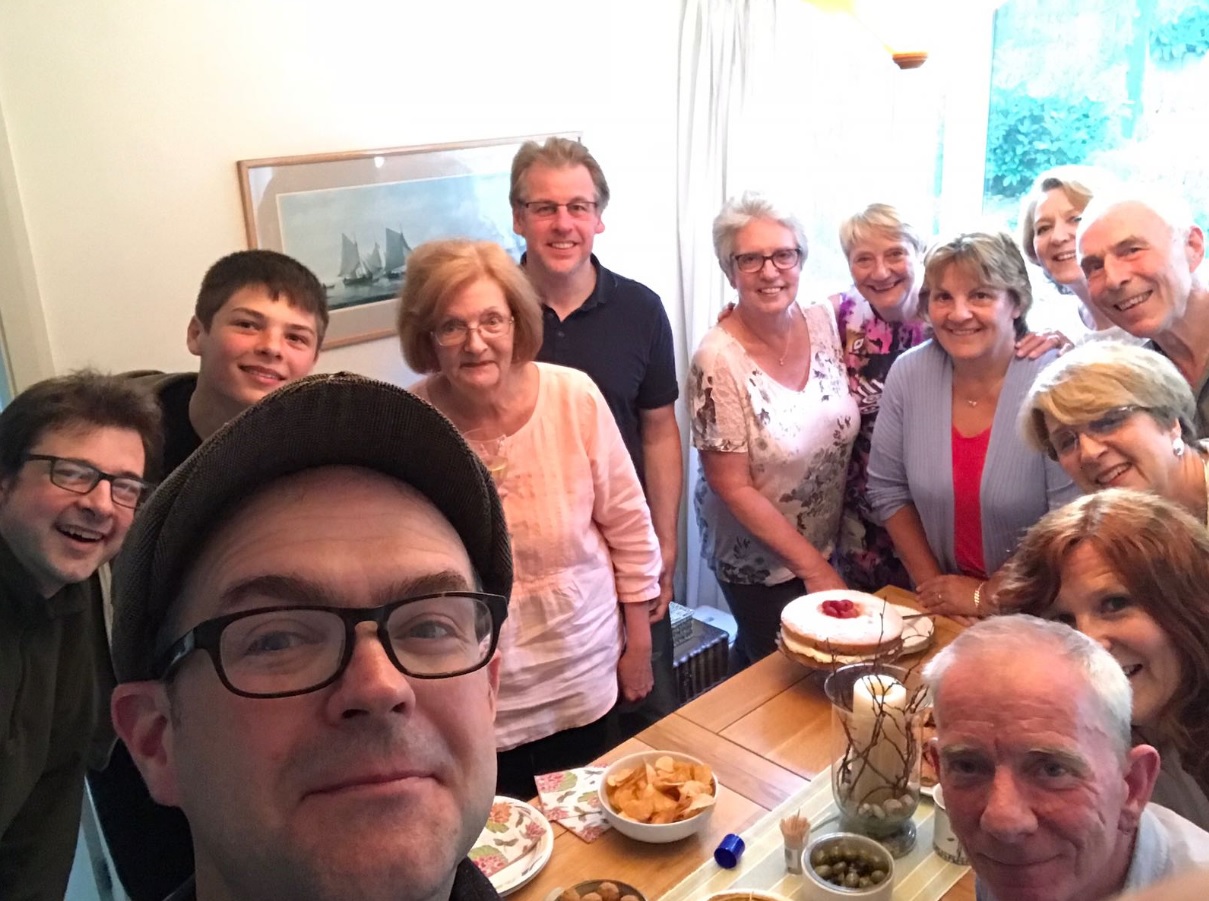 There’s a real buzz and tension as even seasoned theatre goers in the room have no idea what to expect from a show where the performer is literally within touching distance. What do you do if the actor catches your eye, and what happens if the dogs starts barking?

Make no mistake, this is fly by the seat of your pants performing as the actor has to help create the set from scratch, get changed in an upstairs bedroom and do a quick costume change in the kitchen.

It’s a wise move for the Playhouse to have brought back the hugely experienced Vanessa Rosenthal, who actually played this same role four years ago just after Bringing had taken over at the Playhouse. From the moment Rosenthal strides into the room she commands the space drawing us into the world of Irene Ruddock, who uses Basildon Bond and a poison pen her deceased mother gave her as deadly weapons.

Rosenthal also has form with Bennett as she appeared in the Playhouse production of The Lady in the Van, so she is immediately onto the distinct rhythm of his razor sharp dialogue. Her Leeds accent is impeccable, as is Irene’s coiled up body language, as she lashes out at a world she doesn’t recognise, or fits into any longer.

Where Rosnethal makes the piece really soar is the pin point timing subtly switching from winning some big belly laughs from this fully engaged mini-audience to the pathos of a very lonely and quite ill woman lost without her mum or friends.

After the quick change Rosenthal is faced with a seemingly happier Irene who finds herself in a very different place that limits her ability to harm others. It is yet another gear change for Rosenthal, but she pulls it off because she peels back the layers of the source material revealing the nuances of Irene’s empty life, but offers a faint possibility of real change.

The applause is deservedly warm because we know the traditional contract between actor and audience is very different here. The actor knows there is no hiding place, especially as missing even one line of this dialogue could spell disaster, and the audience could have been uncomfortable as the performer is in their face in a way that would rarely happen in conventional theatre.

As the late evening sun streams in through the window onto Vanessa Rosenthal’s relaxed face there is eerie but genuine communion as she feeds off the palpable energy in the room. It is the complete vindication of James Brining’s daring notion to send an actor out to take on one of our trickiest playwrights up close and personal in front of an audience crammed into a living room.